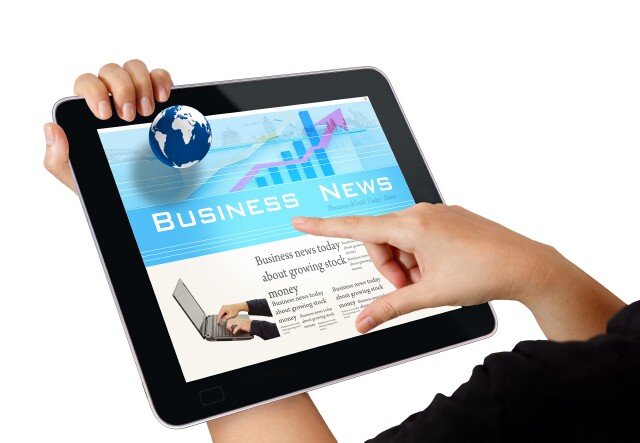 Between the Upfronts and NewFronts it is abundantly clear that the focus on attracting and engaging Gen Z’ers and Millennials is intensifying for advertisers, media companies and content providers alike.  Just look at the planned acquisition of DreamWorks Animation by NBCUniversal -- a move that gives NBCU 51% ownership of the new company, and more importantly a controlling stake in AwesomenssTV, a proven magnet for Millennials and Gen Z’ers.  This move will tighten NBCU’s grasp on this younger generation of viewers -- consumers who are screen agnostic.

“Cradle to Grave” -- a programming philosophy historically attributed to Viacom properties -- is beginning catch fire with other content providers including NBCU and HBO.  With its new partnership with Sesame Street, HBO has its sights squarely set on cultivating viewers from a much earlier age.

So how do digital newspapers fit into this picture?  Easy.  One of the key takeaways from the Upfronts is that it doesn’t matter what screen a person uses to view content.  The reality is that they are going to use a screen probably in sync with social.  I first documented a trend in December 2015 via a post on MediaBizBloggers that showed how more Millennials (A18-34) in aggregate visited newspaper websites than Facebook.  I didn’t even look at the younger half of the demo at that time because it felt like too much of a stretch.  I was wrong.

With the focus on youth, I decided to take a closer look at Millennials.  In doing so, we discovered once again that total Millennial mobile exclusives on newspaper websites beat Facebook; but we also discovered that the same held true for the younger half of the demo A18-24.

Looking at younger Millennials (A18-24) the NAA Newspaper Aggregate at 15.8 million was a surprising 42% more than the same demo on Facebook. These results are eye opening for the media industry and should be for marketers as well, as newspaper media typically isn’t in the consideration set for either of these demos.

There is no question that a portion of this population is coming from Google AMP, Snapchat Discover, Facebook Instant Articles, Apple News and other portals and content aggregators.  But that doesn’t diminish the reality that these coveted demos are visiting newspaper websites in droves, by choice -- because they value and like to share their quality, trustworthy, relevant content.  It’s highly likely that the political race has driven incremental traffic to local newspaper sites as well.

So there you have it, with the focus on storytelling and social sharing these days, I have shared our story and am hoping that social can help us tell it in broader circles.

The opinions and points of view expressed in this commentary are exclusively the views of the author and do not necessarily represent the views of MediaVillage/MyersBizNet management or associated bloggers. Image at top by GraphicStock.