Beverly Hills, CA -- The opening day of the Summer 2014 Television Critics Association tour began with a first for this organization – a presentation by Nielsen about its plans this fall to begin rolling measurement of mobile viewing into its regular ratings reports. It was a relatively brief session, only about thirty minutes long, but it easily could have continued for that long again. TCA members for years have had countless questions about how Nielsen conducts its research. Yesterday, the company gave everyone here a crash course in its methods and future plans.

"Our mission," said Cheryl Idell, Executive Vice President of US Media for Nielsen, is to "make sure we count every view of every video," regardless of whether it is content distributed by traditional television networks or digital first studios. "Consistency is critical," she added.

Idell explained that beginning in September, Nielsen will introduce new software meters that will be embedded in browsers and apps. They will document for Nielsen usage whatever is being watched by people who have downloaded those browsers and installed those apps. Idell was quick to note that consumers will be made aware that browsers and apps contain these software meters and give them the option to bypass them.

All of that information will be processed through Facebook in order to determine demographic data about viewers. "We also need to understand who is watching," Idell said. "Privacy and anonymity will be key."

Nielsen's mobile measurement initiative will initially be incorporated into its national service; incorporation into the local market level will follow. Idell cautioned reporters who are rabid for access to more detailed audience measurement data to be patient. It will take time for the software meters to be fully incorporated on national and local levels and for data from them to be effectively combined with current people meter information, and for clients to get comfortable with how it works and what the resultant data may look like, she said.

"We have to make this eco-system work for advertisers," Idell noted of the challenges that come with cross-platform measurement.

In explaining the new software meter system, Idell also explained that despite so many advances in so many technologies Live TV viewing "has not changed over the last three years." It is still 5 hours and 10 minutes on average per day in the typical household. Meanwhile, there has been a 30 percent increase in time-shifted viewing.

The Nielsen panel was followed by sessions with Ovation, featuring a satellite interview with Daniel Radcliffe (who fielded questions from the press with greater comfort and enthusiasm than most actors who pass through TCA) on behalf of the second season of A Young Doctor's Notebook and

extraordinary performances by a 12-year-old cellist and a 12 year old singer with the voice of a woman three times her age, both of whom are featured in the upcoming observational reality series Young Marvels.

The Ovation sessions were followed by a luncheon sponsored by TVGN featuring Mike "The Situation" Sorrentino and his family (stars of the smartly titled reality series The Sorrentinos), Alan Thicke and his family (of the more cleverly titled reality show Unusually Thicke) and the network's daily entertainment and pop-culture news show Popsugar Now. As lunches sponsored by networks that are relatively new to TCA go, this one was a winner. The highlight was a special strawberry shortcake dessert made by "The Situation's" mother, Linda. It's an old Sorrentino family recipe.

The TVGN lunch was followed by another TCA first – a panel with executives and talent from Al Jazeera America. It was an excellent TCA debut and went a long way toward clarifying some of the content on the network, especially for those critics whose cable networks do not carry it. There was clearly enough interest in the room to warrant having Al Jazeera return in future tours. 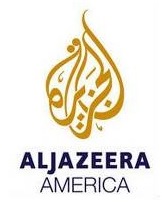 Al Jazeera was followed by a three-hour session with talent from multiple series on National Geographic Channel and Nat Geo WILD. During the last two years National Geographic Channels have become one of the most eagerly anticipated presenters at TCA, largely because so much care is taken by its publicity team to bring in consistently fascinating people to talk about their shows. Those people yesterday included Sue Aikens, an eccentric woman who lives in a remote area north of the Arctic Circle and who stars in the NGC series Life Below Zero; David Rees, a highly personable author and comedian who will star in the new series Going Deep with David Rees, in which he reveals surprising facts about everyday activities and simple tasks, and several sleep specialists who are involved in the upcoming NGC special Sleepless in America. The subject matter and the health risks associated with it were of particular importance to the dozens of television critics in the room, most of whom haven't enjoyed a night with eight consecutive hours of sleep in longer than they can remember.