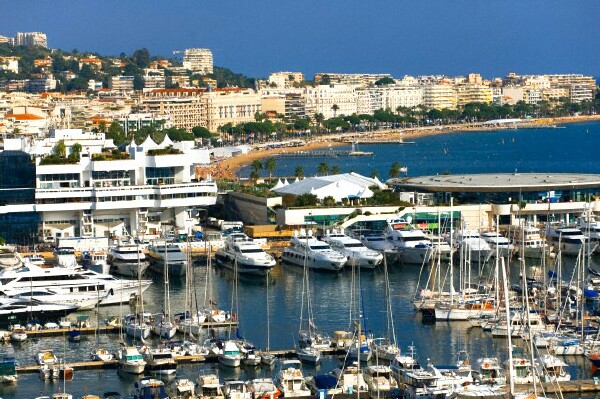 Another Cannes Advertising Festival has been and gone. Thousands of words have been written; some positive (largely from those who were there and thus presumably felt the need to justify the expense); others negative (largely from those not there who might have been a bit miffed at missing out on the invitation). I wasn’t there; although I certainly wasn’t upset by the coincidence of all those invites going missing.

Luckily for me there has been much coverage (positive and negative), and not just from your average hack. It seems I wasn’t alone; many ad industry luminaries weren’t there, and have been explaining what’s gone wrong with the world’s largest ad festival.

Cannes might be a remarkable event but sadly it seems as if it might have succumbed to “conference blight,” an equivalent of the horse chestnut bleeding canker that creeps up slowly but which is now threatening our landscape.

Years back someone had the idea of a conference on a boat. Senior marketing figures would be lured on board by the promise of a pleasant few days cruising somewhere sunny. Agencies were herded on board (lighter by several grand) by the promise of getting to pitch to prospects -- and furthermore prospects who couldn’t get away.

Over time the marketing figures got more and more junior, and the agencies realized that paying a few thousand pounds to get to speak to someone with very little decision making authority wasn’t such a good idea. The same has happened with other events. The once-famous Marketing Week TV Conference in Monte Carlo was great when the right people went, less great when it became a rather ostentatious way for media owners to entertain their agency contacts.

Many feel that Cannes started going wrong when clients started attending. The original appearances by the likes of Procter and Gamble were a good thing (clients should after all be exposed to the latest thinking in creativity). But now there are so many, all attracting hordes of agency minders, that the original intention has been lost.

Then there’s the media agencies. Again -- it’s always a good idea for media people to be exposed to creativity. I liked MEC’s approach of sending a group of their young stars to experience the festival. Mind you let’s hope they didn’t go home and settle for a career in banking, where Cannes seems to happen every day.

But just as the clients attract masses of suits; so the media agencies attract gigabytes of adtech and technology companies. So now it’s even more party central. Lots of people with lots of money and the classic justification to their bosses and/or investors that we have to look after our clients or entertain prospective media agency customers.

As the always excellent Dominic Mills put it on Mediatel, Cannes retains one great strength: “Cannes [might have] has lost its soul and its purposes … [but it] remains resolutely committed to conspicuous consumption.”

But I hear you ask, alongside the parties and the absurdly priced bottles of rose, what about the ads? Cannes this year seemed far less about the ads and far more about the technology deployed to display them. Plus there was Kim Kardashian, will.i.am and Jamie Oliver. So that’s the creative angle covered then.

Once Cannes loses its whole point -- the celebration of advertising and related creativity -- it becomes nothing more than an adtech convention. And I don’t think technology companies have to date demonstrated any empathy with great creative.

As Google’s David McMurtrie put it at a recent Mediatel/Enreach event: “The investment in good quality creative hasn't followed the technology. That has got to change because we're all talking about … bringing big plans and big budgets into digital and those budgets aren't coming unless we have great quality creative."

Disclaimer: I am a Founder Director of Enreach.