No Emmy for Megan 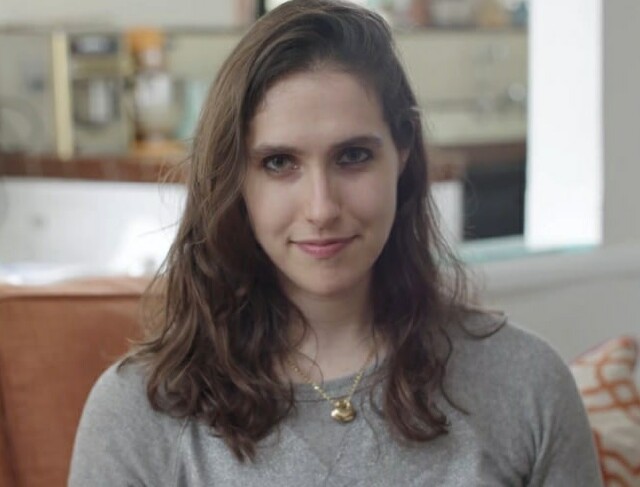 Context is everything, and no other short-form comedy series proves that more than An Emmy for Megan.  Earlier this year, Megan Amram -- a television writer and producer -- and the good folks at Abso Lutely Productions -- the people behind The Eric André Show and Nathan for You -- came together and produced something that can only be definitively described as “videos.”  To Megan, however, they were so much more.  With the intent of meeting the most basic requirements possible, these videos were created in order to win An Emmy for Megan.  Or maybe two: One for Outstanding Actress in a Short Form Comedy or Drama Series, the other for Outstanding Short Form Comedy or Drama Series.  After orchestrating a much-talked-about marketing campaign (with a prominent billboard in L.A. at its center) Megan got two nominations but, alas, came up empty at the Awards.  Still, she may have landed something better:  IFC stepped up and will run An Emmy for Megan opposite the big Emmy show on September 17.

I’ll admit, at first glance this “show” didn’t seem like much of anything to me, let alone something that was worth the intense hype surrounding it.  But then, as if Stockholm Syndrome was finally setting in, I began to see the genius of it all.  Megan essentially created a show that took the air out of the whole Emmy thing -- a show with virtually no rules -- and legitimately got herself two nominations.  How did she do it?  Simple.  She just followed the rules.  She also mounted a top-notch social media initiative, especially on Twitter, where she kicked off the #AnEmmyforMegan campaign. 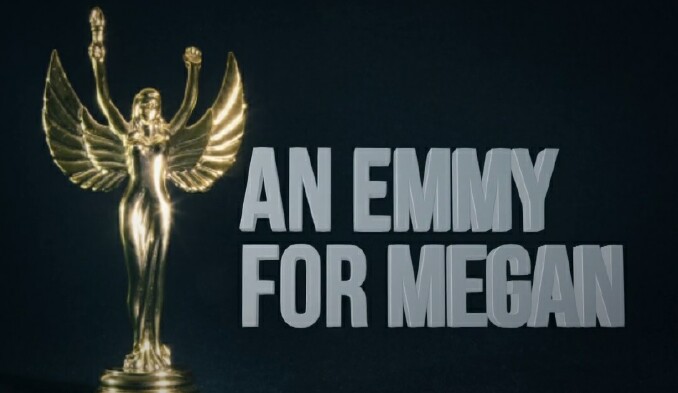 In the very first episode Megan states the requirements for Emmy consideration out loud:

The minimum requirements were/are about as minimal as they could possibly get.  So how does Megan use this to her advantage?  Well, she doesn’t really seem to at first.  Right off the bat, Megan establishes a very off-the-cuff kind of feel for the show.  Sure, she has things that a real production would have (a boom operator, PAs, proper lighting, etc.), but it’s the seemingly improvised conversations that give the whole thing a real, “She’s just f**kin’ around in front of a camera” vibe.  Combine that with the fact that 95% of this “show” is shot in her home, and that each episode’s running time falls anywhere between two and seven minutes, and it all starts to paint a pretty underwhelming picture.  I mean, literally anybody with a smartphone can dick around in front of a camera, right?

So, what makes this show so special?  That is the question that finally brought me to the realization that Megan Amram is a goddamn genius.

First, there seems to be a correlation between the level of notoriety that each of her guest stars have and what order she happens to have them on -- a fact that she hid by making it all look so random.  Her first guest is Alison Rich (The Goldbergs, Resident Advisors).  She’s followed by Megan’s P.A.s/friends, writer Brian Polk and Westworld’s Shannon Woodward.  In the next episode, she takes things back down to a slightly more relatable level by bringing in her “real-life manager” Cliff Murray and using him as a straight man as she further establishes her over-the-top brand of comedy.

Then, of course, there’s the “diversity” episode where fictionalized Megan showcases what appears to be her only black friend, writer Ira Madison III.  She doubles down on this joke when Ira ends up being 99% of the show’s black cast.  (The other one percent is courtesy of a ten-second appearance by RuPaul later in the episode.) That's followed by the fourth episode, comprised of glowingly positive celebrity testimonials.  These ain’t your average endorsements, either.  These are A-listers, baby: Ted Danson, J.J. Abrams, Rian Johnson, Jimmy Kimmel, Seth Rogen. It’s ridiculous.

The fame level of her guest stars also seemed to change based on what the focus of the episode was.  Focusing on Megan singing a hilariously terrible version of the Star-Spangled Banner?  Bring on her lesser-known-to-the-public friend and two-time Emmy winning writer Rachel Axler.  Taking the spotlight off Megan all together?  Cue the household names, like RuPaul, Jimmy Kimmel and Alan Yang.

This is about when I had my epiphany.  As someone who was not initially aware of exactly who Megan was (other than some funny lady I followed on Twitter), I had a million questions as AEFM began and progressed.  How did this woman meet all these famous people?  How the hell did she get Abrams, Johnson and Kimmel in on the same bit?  How could she possibly think that the judges at the Emmy Awards would feel anything other than offense at her blatant trivialization of their coveted honor?  Then, it hit me, ton-of-bricks style. Rule No. 2: The show must be scripted.

Megan had done the impossible.  She told us a fact, an unchangeable condition of her show’s premise, and then instantly made us forget it.  Her nonsensical comedy, the eclectic guest appearances, the varying length of the episodes; these were all tools she used to redirect our attention from the truth.  The truth being that there wasn’t a chance in hell of her show being legitimately considered for an Emmy unless every single frame had been scripted.  The truth being that she wasn’t just some random white girl on the internet.  She was a random white girl who wrote for some of the best comedies in existence. The stars she was interacting with are people that she really knows because they all roll in the same circles.

These facts made me look at the series through an entirely different lens.  The seemingly spontaneous conversations, every word that came out of her guest stars’ mouths, the hilarious celebrity testimonials, D’arcy Carden’s side-splitting performance, all originated in the brain of one Megan Amram.  She had to have written this show, because otherwise, none of it would count.

Now, all the same scenes -- scenes that initially seemed a bit uninspired -- felt like bouts of genius brought to life by her top-notch acting skills.  I was convinced this sh*t was being made up on the spot, because that’s what all the pieces of this puzzle implied. This woman Keyser Söze’d the hell out of me, and while she walked away from my metaphorical police station, slowly morphing her staggered limp into a swag-dipped sashay into the California sunset, one thing became very clear to me: Megan deserves an Emmy.

Unfortunately, she didn’t get one, and while her initial reaction was to mourn that loss, reports say she’s finally chosen a much healthier feeling to focus on: revenge.  First strike: that IFC deal. Second: a much-anticipated sophmore season. Remember, she’s only got three rules to follow which, in a sense, give her all the freedom in the world.  She can do as many episodes as she likes, at whatever lengths, with whatever plots and/or characters she chooses.

Frankly, as long as she never actually gets an Emmy, her show could go on forever.  Check Megan’s resume.  She’s no slouch, and I’d bet good money that season one’s content was just a fraction of what she keeps in her bag of tricks.