Not All Contextual Strategies are Created Equal 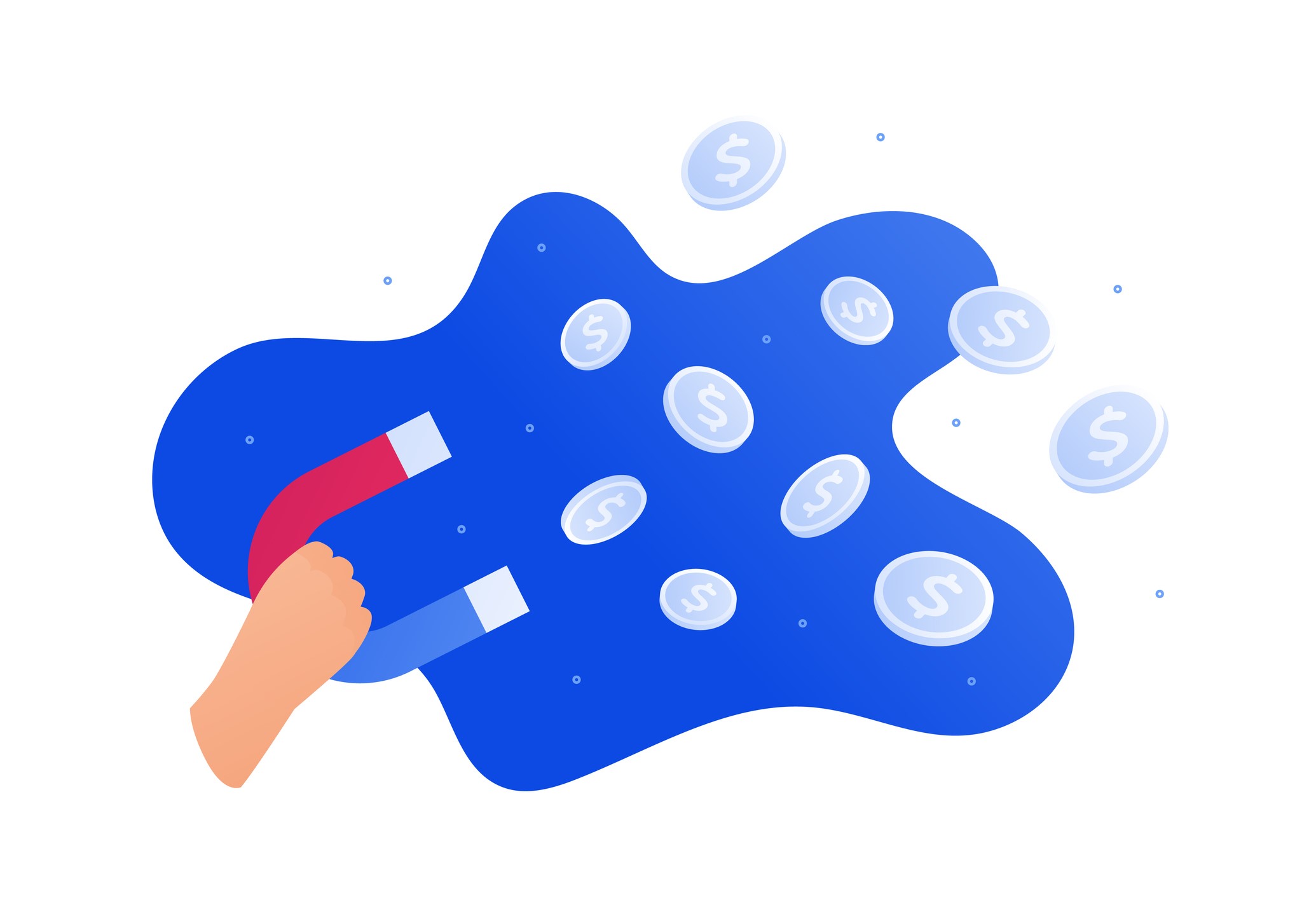 On December 1, 2021 the Advertising Research Foundation (ARF) Cognition Council conducted another webinar in its ongoing series, presenting new data on one of the industry's hottest topics, context effects.

The reason why context effects are such a hot topic nowadays is that privacy measures are degrading individual person targeting capabilities the industry had become quite dependent upon. In some countries in Europe only 30% of the IDs are still operating. The U.S. might not ever go that far, but still, it is a pretty clear warning sign that marketers everywhere must learn to use both contexts and IDs together to reach the audiences they want to reach.

So, the thing that is propelling renewed interest in contexts is not the effect they have on the ad's performance, but their ability to attract specific audiences. The wise marketer will use context strategies for both purposes.

The ARF webinar was moderated by ARF's Horst Stipp, who in his illustrious career at NBC had been deep into studying the effects on contexts on ad performance, most notably with regard to the Olympics, but also across a broader canvas. In the preparation for the webinar the panelists and Horst had many interesting email strings and calls. In one of those strings, Horst pointed out that most studies of context effects in the past 50 years have shown small effects, e.g., 10%-15%.

Horst also acknowledged the larger context effects which third parties have found by using the RMT approach (of which I'm the inventor). He has explained this on a number of occasions based on the fact that RMT analyzes the alignment between an ad and a context based on many variables (265), whereas most context studies use at most a handful of variables. Horst also commented that "RMT research confirms the evidence that emotional alignment between context and ad is one of the strongest drivers of context effects. The data also suggest that alignment between ad creative/message, brand image and consumer values is important."

I would add that the content codes being used by RMT were the first to be empirically derived using machine learning and set top box data, rather than subjectively selected, and that's also part of why they deliver higher ROI and branding results than other context strategies.

Alignment and native attention are the two ways in which contexts can help ads deliver better outcomes. RMT is a species of the alignment approach, content coding ads and programs. The Super Bowl is an example of native attention, meaning that it is a program whose viewers pay above average attention to it, and all ads are lifted by that program effect.

I mentioned to Horst that "not all content coding schemes are created equal" and he readily agreed. We both cited the use of Nielsen program types as one species of context effect being weak. We also agreed on endemic matching (advertising cars in car related websites) as being another obvious context strategy. The endemic approach has yielded better ad effect results than program types.

Horst broadened the scope of the meaning of context effects as he explained this slide he presented: 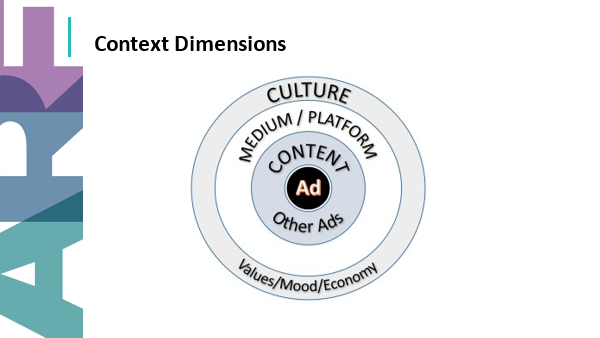 Interestingly, among the many speakers at the event, collectively we all touched upon every ring in this bullseye.

This ARF webinar was focused on ads appearing near positive vs. negative content. This too has been an increasingly hot topic since around 2016. The nastification of the news has pushed some advertisers away, while drawing viewers in increasing numbers.

University of Oregon's Jessica Canfield presented data which showed that partisanship has become by far the most divisive variable as compared with race and other differences in our society. One of the studies she shared showed that ads appearing next to a false story about Trump winning the 2020 election were far more effective in terms of brand purchase intent and recommendation among conservatives than among liberals.

Lumen's Mike Follett and Oracle's Josh Baines co-presented a study which scientifically proved that "if it bleeds, it leads" -- meaning that there is a bias, people pay more attention to negative stories than to positive stories. The human race is biased in favor of negativism. It would appear that this is its own pandemic.

Josh also showed how different are the word clouds used by Millennials vs. the rest of the population when making social media statements about altruistic ads. The Millennials are obviously far more skeptical and demand proof that it's not just talk. This was supported by Ipsos findings presented later by Manuel and by Horst's closing remarks recommending an article by Peter Fields on making Brand Purpose ads that work.

ARF's Jay Mattlin recapped Twitter findings which found no statistically significant differences between ads next to "forbidden words" vs. overall norms, in any of a number of outcome metrics.

I summarized a study I presented in the prior webinar in the series, which shows that altruistic ads tend to appeal to all 15 motivations discovered within the 265 behavior-predictive psychological variables in the RMT taxonomy. I pointed out that this does not guarantee that altruistic ads will always be effective: the effectiveness of advertising and programming of any kind does not depend upon the content itself, but on the way it is put together, the creative execution.

Manuel Garcia-Garcia, Global Lead of Neuroscience at Ipsos, summarized the changes in attitudes and behavior of consumers in relation to brands' social values, particularly in the younger generation. He explained the need to move from cultural awareness to cultural fluency and how brands can go beyond just representation to achieve the authenticity that consumers demand.