Nothing Can Stop “The Walking Dead,” Not Even That Cliffhanger 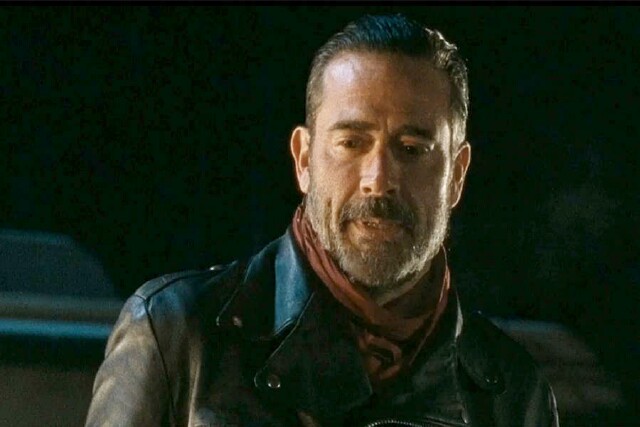 The last episode in the sixth season of AMC’s “The Walking Dead” seems to have stirred up the media, the audience and users of various social platforms in a way no scripted program has since, well, the third episode in the sixth season of “The Walking Dead” – the one in which it appeared that the popular character Glenn had died after falling off a dumpster and having his guts ripped out by ravenous zombies -- or “walkers,” as they are referred to by characters on the show and, on social media, by ardent fans who have trouble distinguishing between fantasy and real-life. (I was on Twitter during the finale and made the mistake of using the z-word. Fans ate me alive.)

As it happened Glenn did not die. That entire story proved to be something of a disaster for everyone involved. At first, fans expressed their outrage over the killing of so popular a character. Then, when it was revealed that Glenn was miraculously alive, fans felt cheated and manipulated. There was no pleasing anyone.

And now it appears that “The Walking Dead” has suffered a second fail of some magnitude within the same season. A deadly double blow of this kind would kill almost any other show, but “Dead” can likely weather the storm, if only because it remains the most popular show on all of television among adults 18-49. The television business and the advertisers who support it will forgive a program with that kind of power any missteps or simple bad choices it makes along the way. 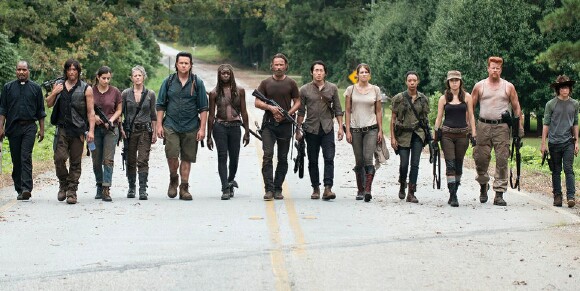 Putting aside the mountain of problems and complaints that piled up during the first telecast of the season finale, it is always fun to watch something on live television at the same time as millions of other people, whether or not one is simultaneously indulging in social media interaction. One can feel the energy generated by a group that size sharing a common experience. This still happens with sports events, award shows and talent competition programs, but it is straight-up rare with episodes of scripted television series.

There can be no doubt that the season finale of “Dead” was just such an event. TV could use more of them.

Still, it’s hard to not gripe when a show that means so much to so many slips and trips up as badly as “Dead” did on Sunday night in an expanded episode that served up such slow, repetitive and often boring storytelling for the first 70 of its 90 minutes. The questions came fast and furious. Why were characters we have been following for six years (at least one year in narrative time) suddenly behaving like clueless individuals with no experience at surviving in their hellish new world rather than the warriors they long ago became (reluctantly or otherwise). Have they learned nothing from their many encounters with strange humans, who are generally more dangerous than the millions of walkers roaming about? (I can’t help but wonder, in the relatively short time since the “walker apocalypse began” how did so much of humanity devolve so quickly?) What happened to Daryl’s tracking instincts? To Michonne’s ability to instantly assess the environment around her? To Carl’s shoot-first-and-don’t-ask-questions approach to managing an endless nightmare? To Glenn’s skill at moving in and out of the most dangerous situations without even being seen? To Abraham’s military training?

And what happened to Rick’s basic leadership abilities? Of course, those have been falling away all season: As the leader of the citizens of Alexandria, why would he authorize the mass killing of a building filled with people he didn’t know, based on stories told by more “strange” humans at the Hilltop? Why would he allow kindly, vulnerable Denise – the only doctor in the community – to venture outside the compound’s walls on a mission to prove her worth or some such nonsense? Her death was as unnecessary as it was shocking. Why wasn’t he thinking of new ways to fortify Alexandria or somehow modify their vehicles and weapons?

Then there’s Carol, who sudden personality shift (more of a deflating) is the most inexplicable of all. Carol, the marauder we have all come to love for her no-nonsense approach to survival, is suddenly languishing in remorse for the lives she has taken and rejecting the person she has become – a person who has saved the lives of many good people many times over because she isn’t afraid to do what has to be done in times of dire peril. Who wanted to see her lying on the ground getting shot repeatedly by one of this season’s bad people, whimpering and asking to die like a suicidal rag doll?

All of this was eclipsed by the long-awaited arrival of nasty Negan (played by Jeffrey Dean Morgan, pictured at top), apparently the most popular human monster in the “Walking Dead” comic books to date, who finally appeared in the final minutes of the finale and basically stood around driving everyone mad with much long and windy speechifying, some of it arrogantly silly (“pee-pee pants city,” indeed). Then he savagely beat to death of one of the good guys with his barbed-wire wrapped baseball bat, lovingly named Lucille. 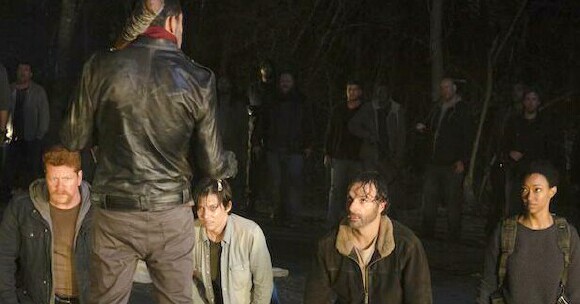 I have heard it said that Negan, who first appeared in issue 100 of the comic book, energized a then-tired franchise. But as we learned Sunday night, what’s good for a comic book isn’t necessarily right for a television show. (The producers of the D.C. superhero shows on The CW and the Marvel hero shows on Netflix clearly comprehend the many differences between the two.) I get that characters suddenly dying is part of the appeal of “The Walking Dead,” but the sequence with Negan crossed a line. Who wanted to see any of the characters in whom we have all invested so much time suffer and die in so horrific and repulsive a fashion – and in the service of nothing much?

In all seriousness, given the size of the television audience for a huge hit like “Dead” versus the size of the readership for the comic book that inspired the show, I don’t think it necessary that producers fear alienating the latter. (This is something that Seth Rogen and his colleagues should keep in mind as they continue to prepare their TV adaptation of the Nineties comic book sensation “Preacher” for its debut on AMC next month.)

Then again, we didn’t exactly see Negan slaughter anyone, because the flip-side of this fail was the decision to not reveal the identity of Negan’s unfortunate victim. We only saw Lucille swinging and heard repeated crunching blows to somebody’s skull. We won’t know who was turned painfully into hamburger meat until the premiere of the show’s seventh season next fall. This seemed to infuriate viewers even more than the already legendary Glenn fake-out. (In the comics it is Glenn who dies via the "vampire bat." Seems it's all about Glenn these days, doesn't it?)

Everything about the season finale was a bit of a buzz-kill. “Dead” has done this before -- remember the poorly executed virus plotline at the prison (or everything about the prison story for that matter)? Rick bringing a kid who tried to kill him back to the farm (with catastrophic results)? Beth in that hospital from hell? The half-assed plan to lead a horde of walkers away from Alexandria?

But events in this expanded episode seemed to be the deadliest yet as far as viewer loyalty and satisfaction are concerned. The bad buzz has been deafening. It likely won’t hurt “Walking Dead” when it returns later in the year, but it hasn’t exactly left people salivating for a fresh season of its spin-off, “Fear the Walking Dead,” which creatively isn’t strong enough to overcome significant obstacles of any kind. As of this writing I fear for “Fear,” but a strong season premiere will instantly put that concern to rest.

That’s the still-palpable power of this ferocious franchise. Remember, folks don't get upset about shows they don't care about.