NPR's “How I Built This” Summit Delivered for Attendees, Brands 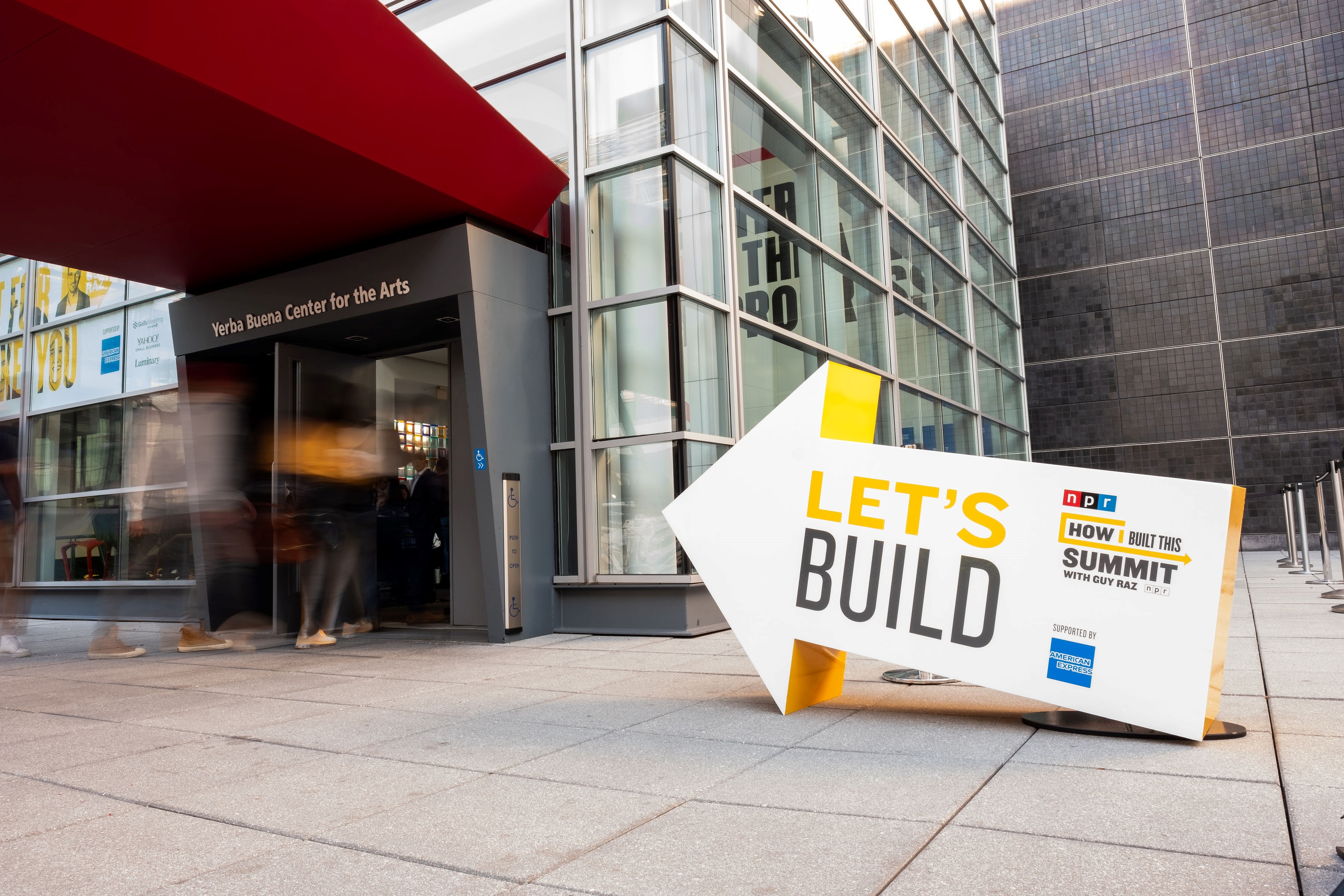 As podcasting gains popularity with listeners and brands, one hit NPR podcast is thinking about how to support the community that has developed around it.  NPR's popular entrepreneur podcast, How I Built This, inspired the inaugural How I Built ThisSummit, a business-focused live event designed to unite, engage and empower entrepreneurs.

How I Built Thiscreator and host Guy Raz said the Summit stemmed from the show's recent live podcast tour and its avid fans.  While hosting tapings in packed venues, Raz sensed that audience members -- many of whom are budding entrepreneurs -- craved more information and inspiration.  He envisioned a How I Built This-branded event where aspiring and experienced entrepreneurs could interact with each other and access resources that will help them grow their businesses.

"We wanted to create an event where small businesses and entrepreneurs could show off the things that they're working on … exchange ideas," Raz recalled.  "Where we could offer practical, real-world advice about starting a business."

Attendees came together to mingle and learn at the one-day event last month in San Francisco, which was produced by NPR with sponsor activation managed by its subsidiary National Public Media.  At a time when media companies are using live events to engage their audiences and add value for sponsors and advertisers, the Summit stands out as a new breed because it brought the podcast format to a live forum that offered attendees not just entertainment, but valuable resources.

In a nod to the show, gift bags even included items from companies profiled in episodes, including Wazoo Survival Gear and Pulp Pantry.  The Summit incorporated elements of the podcast, including interviews with successful business founders, and the kind of business-oriented sponsors that support the show.  The event's presenting sponsor, American Express, is a multi-year How I Built This sponsor that also supports the show's live event tour.

For American Express, the Summit provided an opportunity to extend its support with How I Built This, Raz and his loyal audience of small business owners and innovators.  "NPR was able to take the podcast's live taping and expand upon it, based on the insight that mentorship is critical for small-business owners and entrepreneurs to succeed in business," said Jill Hamilton, Vice President, U.S. Media, American Express.  "This had a natural connection to our global brand platform around providing powerful backing to help our customers thrive in life and in business."

At the Summit, brand integrations produced with National Public Media were clever and practical.  American Express gave out hats with messages like "Founder," "CEOOO" and "VP of Innovation" in gift bags, knowing entrepreneurs wear a lot of hats in life and in business.  Another sponsor, Yahoo Small Business, pitched its support services to entrepreneurs.  The intention of NPR and National Public Media, Raz explained, was to involve relevant brands that would enhance the event.  For instance, American Express supported the Summit Mentor Track, which offered premier ticket holders the opportunity to take advantage of one-on-one mentorship sessions. 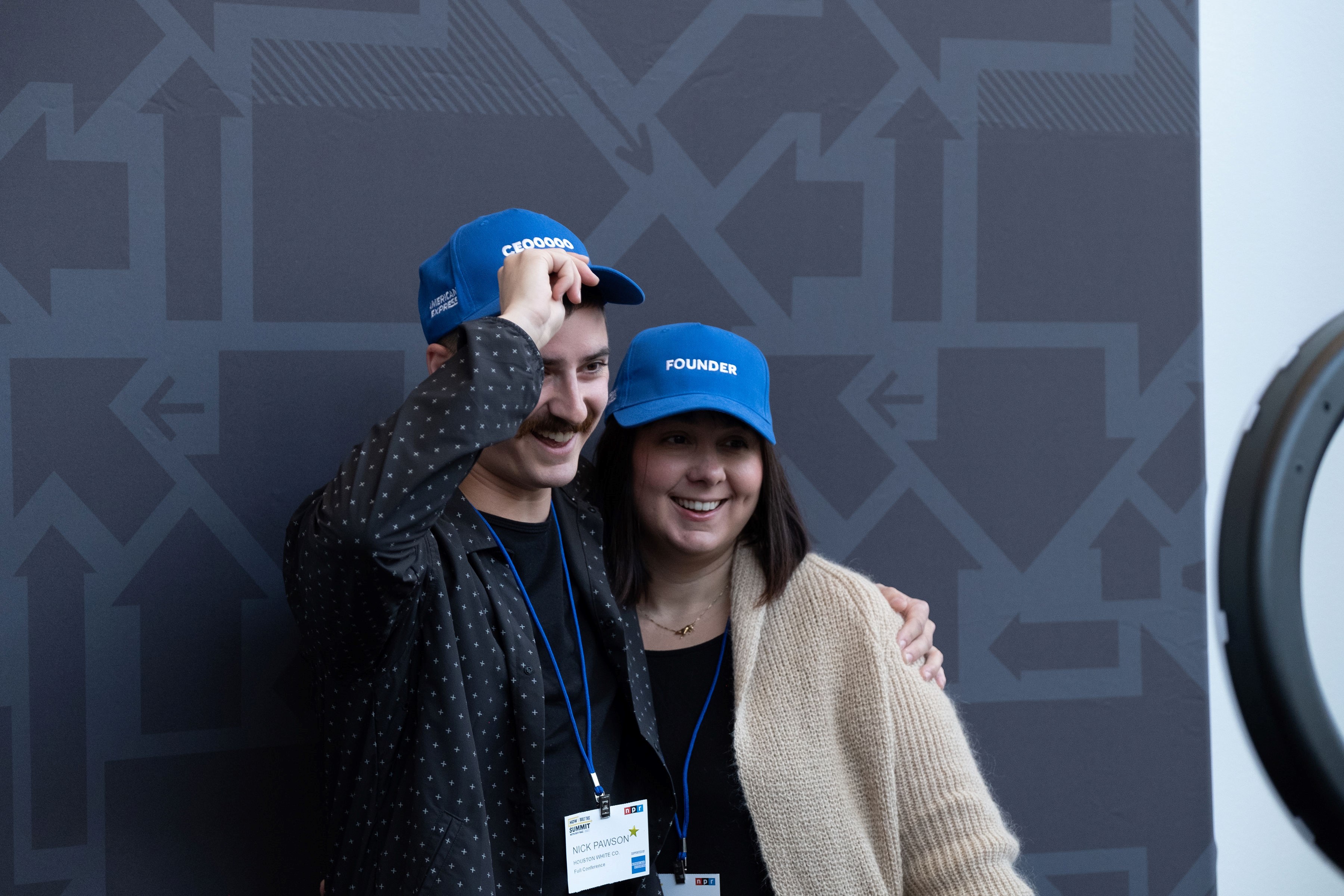 "These are companies that are doing things that align with small and medium business, so it was a natural fit," Raz said. GoToMeeting, which provides online collaboration tools to its clients, supported pre-and post-event webinars, which Raz noted are useful for start-up businesses and which provide valuable information to the audience, creating a more meaningful dialogue between event sponsor and event attendee.

"The sponsorships all felt very seamless and natural, and very much aligned with what we're trying to do:  Help people think about ways to innovate and ways to create businesses," Raz reflected of the sponsors.

As a sponsor, American Express' Hamilton explained: "We look for opportunities where American Express can have an authentic role, ownable presence and provide value.  For example, we saw a clear connection between the Summit and the American Express products and services we offer small businesses to support their growth." 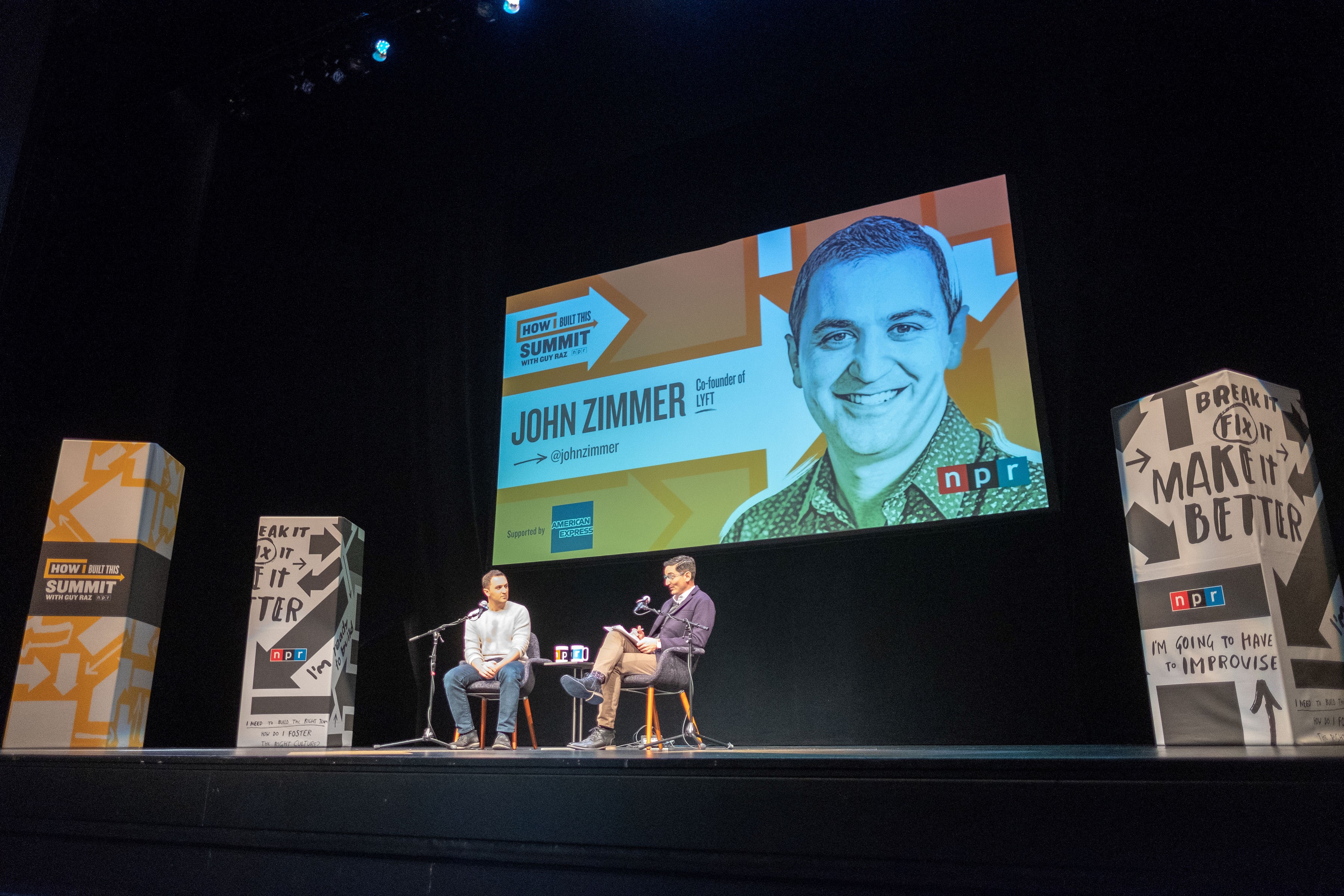 Aspiring businesspeople rubbed elbows with successful founders, including Minted founder Mariam Naficy, 1-800-GOT-JUNK's Brian Scudamore, Larabar's Lara Merriken and Barre3's Sadie Lincoln, who spoke at sessions and offered spontaneous advice in the halls.  "They were there to kind of talk to early-stage entrepreneurs, and it was really cool because a lot of people don't get the opportunity to just interact with people like that in a very informal and relaxed setting," Raz said.

Event organizers paid careful detail to table arrangement, the timing of events and even the location of the coffee bar, Raz explained.  "We very deliberately tried to curate spaces where people could serendipitously meet, and we really encouraged people to just walk up to other people and say, 'Hey, what are you working on?  What are you doing?  Where are you from?'"

While the event sold out quickly, organizers recognized some young entrepreneurs might not be able to afford the $699 tickets.  To include them, NPR created the How I Built ThisFellows program and granted complimentary tickets, a pre-Summit reception and choice seats.

The Fellows accounted for about 15% of attendees.  Among them was Saman Khan, a journalist and start up media executive from Karachi, Pakistan.  A devoted How I Built This listener, Khan, who is Chief of Content for digital video company Vcast Online, said as soon as Raz mentioned the Summit on the podcast, "I knew I had to be there," and she blitzed NPR and Raz with inquiry emails and social media messages.

Khan said she arrived at the Summit with three objectives:  To flesh out an idea for her own start-up, gather valuable information for her employer and do reconnaissance for a similar Pakistani entrepreneur's conference.  "I thought this would be a good place to test ideas, get inspiration and be around people that shared some of the same vulnerability and fears," she said.  In one whirlwind day, Khan said she attended every possible panel, networked with dozens of business owners and tested her own pitch at a mentorship workshop.

For the event's like-minded sponsors, the Summit offered intimate access to potential customers, who are upscale, educated and likely to need services as they grow their enterprises.  The Summit allowed brand partners to extend their cross-platform NPR podcast, digital and radio sponsorship into a real-world environment.  "We had the opportunity to connect with business decision-makers at a critical time, when they're seeking advice on how to run or grow their business and introduce them to relevant American Express products and services," Hamilton observed.

As an attendee, Khan said she appreciated clever activations, like an American Express notepad for jotting down inspiration, as well as a practical offer from Yahoo Small Business for business support.  "I liked how sponsorships were built into the event in a thoughtful and effective way," she said, adding that she would eagerly attend a multi-day event.  "One day was just not enough," she asserted.  "These are such important conversations and I know people gained a lot.  I was part of a really cool community."

She'll be glad to know that Raz and the NPR team are already looking ahead to a potential 2019 How I Built ThisSummit.