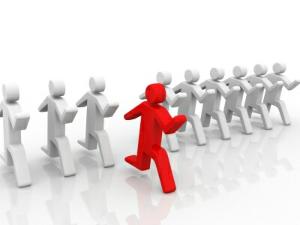 For a system such as the Nielsen National Peoplemeter panel, with only about ~3000 total Hispanic homes, the chances are extremely low of each tranche being representative by overlaps of heritage, socioeconomics, degree of acculturation, language spoken at home, multicultural makeup, device usage, and pay TV status, especially given that the sample size in any cell composed of so many matrix dimensions is going to be extremely small, probably single digit or zero. Nielsen could theoretically re-weight and project to correct for this, although even the US Census does not collect all the data needed to do that.

For the past few months I’ve been writing this series of articles about which competitors are likely to band together and emerge as the counterforce to Nielsen in US TV audience measurement. Since March 6, one likely scenario seems to be emerging, not necessarily precluding other scenarios. As pointed out in his usual perceptive fashion by my partner in RMT, Bill McKenna, the possibility of a Kantar-led IRI comScore Rentrak bloc is now visible. The triggering event was the March 6 press coverage of the move to put together IRI panel and census data with Kantar Retail Shopcomm frequent shopper card data. As you probably know, Kantar has been both partner and competitor to Nielsen in different countries at different times.

While jockeying to put together data assets continues, one recurrent theme of the ten installments in this Myers Nielsen saga, including this one, is that of the most representative national panel. Nielsen will remain unassailable by any combination of opposing forces until those forces can credibly prove their case in terms of this one key dimension.

In my conversations with industry leaders on this subject over the past weeks, the two people who have placed the most emphasis on national representativeness are Marshall Cohen and Ceril Shagrin of Univision.

Imagine that you are the key researchers for the leading Hispanic TV network in the US. You certainly want the currency measurement to represent your audience, which does not just mean Hispanics in general. What you want is the whole spectrum of Hispanics from Mexico, Puerto Rico, Cuba, Central and South America, and Spain, in all of the socioeconomic strata, properly represented in each income cell from each heritage group. On top of that you want the Hispanics in the currency sample to represent the broadcast-only homes vs. the cable vs. satellite vs. telcoTV homes. A proper percentage should have smartphones and a proper percentage should have tablets, and each subgroup should be representative in terms of usage patterns for TV/video viewing on all devices. Only then can you be sure that at least from the stand point of segment representativeness, the data are as good as can be.

This far greater complexity of the question of representativeness is the reason why one might predict that a network such as Univision might turn out to be the one that would place the greatest emphasis on representativeness.

For a system such as the Nielsen National Peoplemeter panel, with only about ~3000 total Hispanic homes, the chances are extremely low of each tranche being representative by overlaps of heritage, socioeconomics, degree of acculturation, language spoken at home, multicultural makeup, device usage, and pay TV status, especially given that the sample size in any cell composed of so many matrix dimensions is going to be extremely small, probably single digit or zero. Nielsen could theoretically re-weight and project to correct for this, although even the US Census does not collect all the data needed to do that.

A thought that might be comforting to Nielsen but not to anyone else is that the chances of any of the leading competitors having better representativeness of all the slices of the Hispanic audience are even lower.

Back in the early days of this century, as CEO of Next Century Media, I was analyzing the first addressable TV trial done by Comcast in Aurora CO. It was interesting to see that out of >8000 intab homes, about 500 were Hispanic. Aurora CO is below average in percent Hispanic, yet the number of Hispanic homes in the Comcast footprint in Aurora exceeded the total number of Hispanic and non-Hispanic homes combined in the Nielsen meter sample in the Denver DMA of which Aurora is a small part.

I got to compare how homes were classified as Hispanic or not -- based on Experian, Axciom, EMSI (a smaller competitor for such data) and the criterion of viewing Univision and other Spanish-language channels. The latter four methodologies were within 1% of each other -- in other words, typically only about five homes were classified differently based on the four ways of classifying them. This suggests that with enough effort, a sample of US homes/people could be constructed that would be representative of all the multicultural, socioeconomic and behavioral variations important to measuring media and purchase. Whether from area probability sampling or by carefully stratifying and sampling a Big Data near-Census list or by some new sampling means yet to be invented, it should be possible to solve this puzzle.

You’ll remember that in a previous post in this series, we invited contributions from industry leaders on these ideas. Following are quotes from two such leaders, Marshall Cohen and Ceril Shagrin of Univision.

"Since the number of US homes who receive their television over the air is sizable and very important to all marketers, we must make sure that the industry is measuring this viewing accurately. This can only be accomplished by including large and representative samples, with no bias. Adding to that, is the fact that US Hispanics over-index on over-the-air -- simply because they are quite satisfied with the TV stations and networks they receive this way, and you realize that for Univision, the sound measurement of this important and growing sub-group is our highest priority." -- Marshall Cohen, Executive Vice President of Corporate Research, Univision Communications, Inc.

"The key to reliable and actionable audience measurement is collecting the information from a truly representative sample. This is important to all users of the information, and is particularly important to networks like Univision who compete with English-language networks. Having the correct proportion of Hispanic, or any other specific sub-group, is critical -- and, not only the right number but within that sample the correct distribution of various characteristics, as it is among non-Hispanic samples. A sample of persons 50- plus would not reflect media consumption of all persons and a sample of primarily English-speaking Hispanics would not represent all Hispanics. Samples must be recruited and maintained to correctly represent all of the variables being measured. As measurement companies change what they are doing, it is important to remember that doubling the sample does not improve the measurement unless the larger sample represents all households and persons correctly. Bigger does not necessarily make it better." -- Ceril Shagrin, Executive Vice President, Univision Communications, Inc.

I’ve heard brilliant people just moving into television from digital who are casual in assuming they can easily conquer the Nielsen monopoly, just because they feel themselves to be personally superior, and they reasonably suspect that the methods of combining the data brilliantly must be legion. All this is true but understates the execution variables and the time that something of this enormity takes. Change must happen in synch on all levels including cultural. “Easeful transition scenarios,” as my friend and colleague Bob DeSena always says, “that’s the piece that nobody is getting.”

Join me on Thursday, April 9 at 12 noon ET for a free, live 45-minute webinar on The Importance of Holistic Approach to Big Data and How to Do it Step by Step. Click here for information and registration .