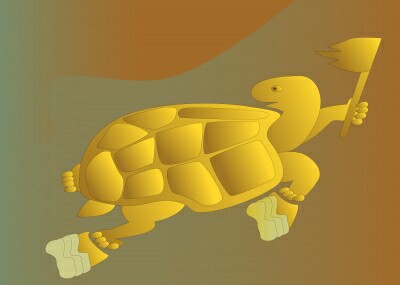 Nielsen’s TV audience measurement system has proven itself invulnerable to competition for the better part of a century. What has changed today that makes competition more likely?

Fundamentally, Nielsen itself has changed. Those changes were discussed in Part 2.

The competition has also changed. Those changes were discussed in Parts3 and 4.

In Parts 5,6 and 7 we looked at Nielsen and the new challengers from the standpoint of their current positioning, what each one does best, and what we might see each one doing in the near future.

In Part 8 of the series I will share my personal recommendation of how the industry can wrest the most value out of the situation.

From an ideal world perspective, if the industry could manage to zoom back far enough to gain perspective about its own long-term maximum health and find ways to act more collaboratively, imagine how these excellent companies could all be used together to make marketing and advertising more of a science and less of a process of guesswork and following tried-and-true formulas that generally cannot today be used as cause for an employee’s termination. Yes, the companies would have to be encouraged to some extent to counter-specialize rather than trying to take away each other’s established businesses, although there are areas such as local market measurement where this probably won’t work and direct competition is inevitable. And everything depends on price. If the situation works to bring Nielsen prices down and the industry shifts this to the other services rather than back into the bank, probably all companies can be profitable, and the effects on the profits of the clients can be expected to be generally positive as more, deeper, and better data become widely used in decision making.

Symphony offers an industry opportunity deserving to be called out here. Imagine that the Symphony technology is identified as the closest to what the industry needs for the other screens, and instead of others trying to develop even better platforms, the industry settles on it as a platform that all can develop further together, and each research company integrates its technology into their own samples. If each research company further consists of a calibration sample that has taken great pains to be nationally representative within a larger sample that permits massive data collection, the common Symphony technology at both the inner quality panel level and the complete massive sample level can be rolled up because the Symphony metrics will be a constant yardstick common across all players.

Simulmedia also deserves to be called out as a special case. They are not a research company and don’t want to be. In a previous postwe called them an optimizing network, which indeed they are, but they are also an analytics company. It is their innovative analytics on top of a giant sample (made affordable by their innovative business model) that makes their work for clients have positive business effect. It is their leadership -- Dave Morgan -- that makes them part of the process of industry improvement.

The networks that are leading the way in the use of their own server data combined with industry sources -- such as CBS -- are in the natural position to lead and collaborate with all players and research customers in designing the research of the future.

Because it has led in ROI and is still the only player to present a transparent track record of ROI and ratings increase, TRA is likely to continue to develop in that same direction and its pattern of collaboration is probably going to involve it in many of the discussions about research convergence among companies.

comScore and Rentrak have both innovated and invested to become industry drivers, as they will remain.

And in the end, there will always be a Nielsen, although its ability to get whatever prices it wants is probably destined to become an historical oddity.

This will not happen quickly.

On Tuesday, March 3, I will be leading a free special ARF seminar/webinar with David Poltrack and Dave Morgan, about how to make more money from advertising produced sales with my new Ninefold Path to Marketing Transformation. Click here for information on how to join us.