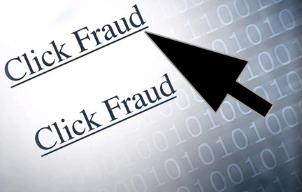 One of the issues I have with some of the more niche ad-tech experts out there is their lack of knowledge, or as it sometimes seems interest in the broader media, let alone the advertising world. It’s fair enough to make the same criticism the other way around, although in my experience legacy media guys have shown an appetite to absorb as much as they can about new forms and techniques.

Last week those nice people at the ABC were good enough to invite me to their Interaction 2015 event. This was a mix of platform speeches and panel discussions on the broad topic of online trading. One of those who spoke was Louisa Wong, CCO at Amnet, the Aegis trading desk.

In the interests of full disclosure I used to work at Aegis; I don’t know and have never as far as I know met Ms Wong. I’m sure she is excellent at what she does; but I think if I were her I would lay off the public speaking for a bit. Although what follows is from memory I think I remember her main points well -- they were certainly memorable.

Louisa followed two themes (if we forget the rather odd video of Kim Kardashian that popped up for no apparent reason mid-speech .. something to do with trust, I think). First she argued that online fraud is no big deal. The digital industry is, she said, spreading unnecessary doom and gloom amongst the advertiser community who really shouldn’t worry.

This was shortly followed by her second main point comparing digital measurement with the old media legacy systems. Or, as she put it: No one worries about BARB data, so why should a little problem like online fraud worry anyone?

Let’s just unpick this a little. My apologies for using USA data from last May, and going to The Wall Street Journal as a source, but hey, that’s what I had to hand, and even if the numbers will vary the scale is I suspect much the same.

• First 62% of all online traffic is seen only by bots.
• Second 54% of paid-for display ads never ran where they were supposed to run.

Another stat used by the rather more articulate Caspar Schlickum from Xaxis on the same platform was that when the FT tried to buy some of its own inventory as a test only 18% finished up in the actual FT.

So Ms Wong’s little problem is in fact quite big. To be fair she did make a good point in suggesting that all-purpose labels aren’t that helpful when it comes to trying to fix a multi-faceted problem.

But there is a fundamental difference between fraud and accuracy. One is about stealing money. The other is about providing accurate data.

It used to be commonplace for digital people to draw a comparison between what they described as the ultimate, measurable online world, and the old-hat legacy media measurements that relied on such (to them) old-fashioned and ludicrous concepts as samples. Nowadays, this sort of comparison is less common, in part I suspect as it has proved to be so easy to destroy the argument.

BARB is probably the most under-the-microscope, most checked, most monitored-for-quality survey out there. Even Ms Wong’s statement that “no one comes knocking on a BARB respondent’s door to check if they’ve gone to the bathroom when the ads come on” is not completely true. There have been a fair few observational studies by several researchers and organizations into TV viewing, plus a mass of work on how BARB respondents use the in-home measurement devices. I was even part of a team that interviewed panel members on their experiences (they were about to become ex-members) years ago.

And anyway, BARB is all about providing confidence in the accuracy of the trading currency; it really has nothing to do with fraud.

Then there is the indisputable fact (and this should appeal to Ms Wong, who was gaily throwing phrases like “advertisers’ objectives” around): Whatever she may see as weaknesses in its measurement system, TV advertising works, and there’s quite a body of work publicly available through bodies like the IPA to show how it works, and how various aspects of the measurement system can be employed to make it work better. It’s not so easy to find similar work relating to the online world.

Ms Wong even managed to get in the “half of my advertising is wasted” quote, and then tried to link that to the not-very-big-deal-at-all issue of online ad fraud. The fact is fraud is fraud at the end of the day and telling advertisers it doesn’t really matter much is not going to win you many friends.

In any event, Ms Wong’s remarks were another example of the online media world placing itself in a huge silo from within which it is it seems unfortunately well insulated from the rest of the advertising world. It is very disappointing that so many digital experts seem to think that it is entirely reasonable to know so little about anything outside their bubble.

And that’s a pity given what all agree is a need for integrated thinking and behaviour.