Opera and the Discord of Agency Deals – Brian Jacobs 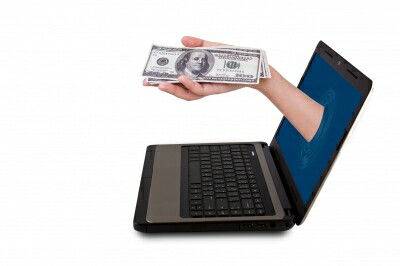 Last Thursday the UK trade press reported on a spat between Channel 5, one of our smaller commercial channels, and furthermore one that sells its own airtime both creatively and independently, and Opera, the central trading operation serving the Omnicom media agencies. You can read the piece by Media Week’s Arif Durrani here.

In effect, the Omnicom agencies have it would seem decided to withdraw their clients’ budgets from Channel 5. On the one hand this is probably not going to have a major effect on client campaigns -- C5 is small and it’s pretty easy to buy around it -- but disputes like this one do raise a few important points of principle.

First, unilateral agency trading group actions like Opera’s are not that unusual. Within the recent past we’ve had Mindshare/GroupM announcing a dispute with Channel 4; and Carat/Aegis Media choosing to go public regarding a trading argument with News UK. (Carat rather gave the game away by proudly announcing a few days later that they had won Trinity Mirror’s media account, thus demonstrating a worryingly poor grasp of news management for a media agency. For those unfamiliar with the parochial UK newspaper scene, Trinity Mirror is a rival of News UK.)

One imagines that there must be other less public disputes going on all the time.

The reporting of the Opera/C5 dispute was rather hamstrung by the fact that “rival agencies” would not talk on the record -- presumably as they are all too well aware of the old adage of pots and kettles -- which left Durrani having to turn to a washed up old “media veteran.” Let’s examine the likely causes.

The most likely (according to both the WUOMV and the un-named agency sources) is that Opera has fallen short of a commitment to our largest commercial TV station ITV. (OMD lost the huge Vodafone account earlier in the year, which might or might not have something to do with this.) Which sofa to look behind to find the missing cash? Where better than a minor station who can be bullied quite satisfactorily into keeping quiet (well, quiet-ish); so it’s sorry and we’ll try to see you alright next time to Channel 5 and here-you-go to ITV.

Hang on, though. Isn’t this clients’ money we’re talking about? Aren’t there squadrons of dedicated, objective communication planners toiling away at the Omnicom agencies PHD and OMD? (We know there are as they’re busy telling us how good they are at Cannes this very week!) Might not these finely crafted plans have contained Channel 5 shows like “Big Brother” (presumably so as otherwise there would be no money to take away)?

All of the large agency groups have agency volume deals with media owners. They argue that they have to commit money in advance in order to secure the best possible rates as demanded by their clients and their evil henchmen the media auditors. It’s quite a good argument as no client is going to come out and say actually we want worse rates. And it’s far too much like hard work to spend time persuading auditors of the merits of a planning first approach (although the smaller, independent media agencies like The 7Stars seem to manage to do this very nicely).

But it’s also a poor argument as large clients tend to insist that their budgets are used to benefit them and them alone. (When Mindshare fell out with C4 there was quite a queue of large advertisers lining up to stress that “We have our own C4 deals thank you very much that are not impacted by this display of agency handbags.”)

The truth is that the large agency trading groups always receive benefits from these volume commitments be they direct or indirect. Furthermore these deals are based on the assumption that most clients (except the very largest) are unsophisticated when it comes to trading practices, and secretly probably rather like it that their poor, trampled upon media buyer is standing up to the might of the nasty big broadcaster.

Sadly that narrative is a lie as today the power and the might nearly always sits with the buyers not the broadcasters.

And, we might add, the buyers not the clients whose budgets they use to underwrite commitments designed to boost their margins regardless of what fulfilling those commitments does to objectivity and planning.