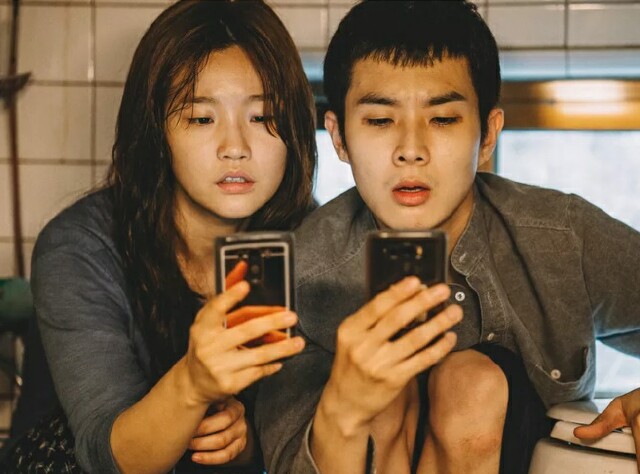 Well, this is awkward.  The one movie nominated for Best Picture at the 92nd Academy Awards that I have not seen is Parasite, from South Korea, which received awards for Best International Feature Film, Best Director and Best Original Screenplay, and then went on to win Best Picture and to make history as the first movie not in the English language to be so honored.  Without having seen it, all I can say is it must be one heck of a great film to have accomplished all of that.

Relatively speaking, Parasite is a film that few American moviegoers have seen, or likely have any interest in doing so.  Given this sudden surge of attention that will change somewhat when it lands on a cable network or streaming service.  My goddaughter, whose opinion on movies (and television shows) I value above most others, assures me that this “gem” of a movie deserved every bit of praise it received at the awards.  We’ll see.  I still can’t believe anything topped 1917, which I believe to be a masterpiece, or Once Upon a Time in Hollywood, which I know to have been a hot Tinseltown fave.  Indeed, given the dynamics of divorce in Los Angeles I had thought Netflix’s Marriage Story might be a surprise spoiler.

There was much good cheer within the Dolby Theatre on Sunday night, in part because four popular performers (Brad Pitt, Laura Dern, Joaquin Phoenix and Renee Zellweger) received the expected recognition for their work in four popular films (Once Upon a Time in Hollywood, Marriage Story, Joker and Judy, respectively).  Zellweger’s speech, like her performance and the film herself, served as a tribute to the legendary Judy Garland, a true movie icon.  Parasite co-writer and director Boon Jong Ho (pictured below) beautifully honored legendary director Martin Scorsese during one of his many acceptance speeches, as Scorsese sat in the audience looking genuinely moved.  Dern’s heartfelt comments about her parents, Bruce Dern and Diane Ladd, were similarly stirring.  And, of course, there was all that support for Parasite, which kept the energy up throughout the night. 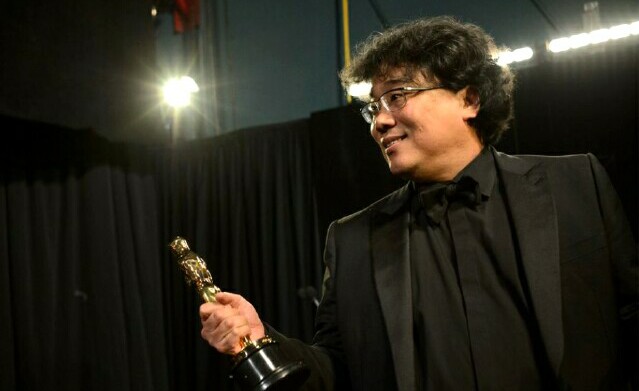 But as a television event -- still spoken of as one of the grandest and most important of the year – something just didn’t click (though it continues to work well as an uncluttered showcase for those advertisers who go with the Academy Awards rather than the Super Bowl to debut new commercials).  Don't get me wrong; I love the Academy Awards.  I haven't missed watching one since high school.  I have even attended a few in person.

This one was good, but being old-timey I want my Oscarcast to be great.

What kept it from achieving that status?  Perhaps it was the absence of a true host, a once coveted honor that social media trolls seem to have so egregiously compromised it may be that we never again have a star brave and bold enough to do the honors – though Steve Martin and Chris Rock did a fine job with a dual monologue at the top that was not intended to be thought of as such, even if it was.  Why couldn't they have stuck around a bit longer?

The show, while very busy, was not at all engaging, perhaps because it felt detached from the history of the very industry it is intended to celebrate, at least as it is defined by movie fans.  The impact of this became clear during the music segment, featuring too-quick clips from great musical movie moments of recent vintage, which was certainly nostalgic and entertaining (and should have run longer).  Except for the presentation of the Best Picture award by the now legendary Jane Fonda (who should have been paired with another legend), "old" Hollywood was largely brushed off, and with it, much of the audience.

In my opinion, the worst brush off was the treatment of the late Doris Day.  Given her unprecedented accomplishments as the first (and only) woman to stand as the No. 1 movie star at the box-office for several consecutive years in the ‘60s, why wasn’t her passing given a little more attention than a “blink-and-you-miss-it” inclusion in the In Memoriam segment?  At the least, Billie Eilish or Lady Gaga or someone could have performed one of her songs, perhaps during that very segment itself.

It may have been a surprise that Parasite won Best Picture, but it is no surprise that figures released on Monday indicate this was the lowest-rated Academy Awards telecast in history, with big dives in total viewers and adults 18-49 (the primary movie-going audience).  It’s not for lack of support; from a very long pre-Oscars special to a similarly extended post-awards telecast, to next-day coverage on Good Morning Americaand Live with Kelly and Ryan, plus endless hours of chatter on E! and coverage on every newscast and infotainment program, the frenzy was inescapable, almost eclipsing the event itself.

In addition to those consumed by love for Parasite, I’m certain that Eminem fans are still talking about last night’s show.  But beyond a few sweet speeches (and an epic commentary about life by Phoenix that I actually enjoyed listening to) the rest is already slipping away.  Remember when people chatted for weeks after the awards about crazy moments, riotous monologues, touching tributes and grand musical performances?  That was Oscar done right.