The "Polbuzz" is Building: PBS’ "Poldark" is a Summer Sensation 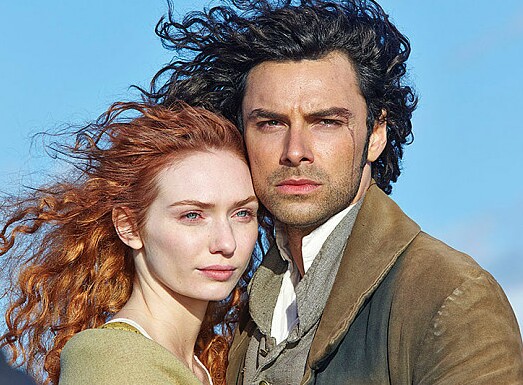 A best in show has emerged from television’s busiest summer ever. The distinction may strike some as improbable during the season in which popcorn entertainment generally rules. This fine program has nothing to do with aliens, zombies, cops or killers. It is a first-class remake of a historical drama from the Seventies that probably sounds like a snooze. And while such declarations are generally a matter of individual taste, from where I sit it’s more entertaining than anything else on broadcast, cable or stream right now.

I’m talking about PBS’ new Masterpiece production “Poldark,” a thoroughly unlikely but very welcome summer treat set in 17 century about the challenges a British army captain faces when he returns home to Cornwall after serving in and sustaining a serious injury during the American Revolutionary War. As if surviving the horrors of war weren’t enough, upon his return he learns that his father has died, the property he has inherited is in ruins and the woman he loves is engaged to his cousin. Like the rest of his family and friends, Poldark’s now former love, Elizabeth, assumed he had perished during the war because he wasn’t heard from during the two years that it took for him to recover from his injuries and make the voyage back home.

Captain Ross Poldark is played by Aidan Tuner (pictured at top with co-star Eleanor Tomlinson), an actor best known for his portrayal of a soulful vampire in the original “Being Human” (seen here on BBC America and not to be confused with the Syfy remake) and a dwarf in “The Hobbit” trilogy. Robin Ellis, who played Poldark in the original production 40 years ago, has a small role in this version as a temperamental parson.

I never saw the original “Poldark,” which is credited as one of the most popular PBS presentations of its day and one that helped cement the enduring appeal of the esteemed Masterpiece franchise (then known as Masterpiece Theater). But this new adaptation feels uncommonly fresh and contemporary (and is unfortunately easy to relate to) with its story about the hard life most people lived two centuries ago, when the masses had to work long and hard and received little compensation for their efforts while a very small percentage of wealthy people hoarded all the money and lived lives of comparatively obscene luxury and privilege.

Like I said, not dated at all. Apparently some truths are timeless.

In some respects watching “Poldark” is not unlike settling back with an episode or three of another current Masterpiece favorite, “Downton Abbey.” Both of these programs have that “everything old is new again” feeling. Isn’t it interesting that public broadcasting has in recent years delivered three of the most entertaining, compelling and talked about series on television to American audiences: “Downton,” “Sherlock” and now “Poldark”? (All three of these shows are British originals produced in part by PBS.) Talk about talented tastemakers at work. Anyone who questions the ongoing relevance and importance of PBS need only look to programs such as these to realize that its strengths go way beyond news and education (though it continues to excel at both of those) and that its programmers know how to compete even in these uncompromising times for content providers of every kind.

“Poldark” might have benefited from more word of mouth had it been scheduled sometime between January and May, where “Downton” and the “Sherlock” series have fared so well. But I guess PBS felt the need to spread the wealth throughout the year. From what I read at Buzzfeed, the new Bible of Everything for younger people that do not read and older folks who feel threatened by them, people like to gather and drink while watching the show. The idea is to get “Poldrunk.”

The building buzz for “Poldark” also has something to do with the behind-the-scenes image pictured below, which hasn’t exactly broken the Internet but certainly made a dent in it: 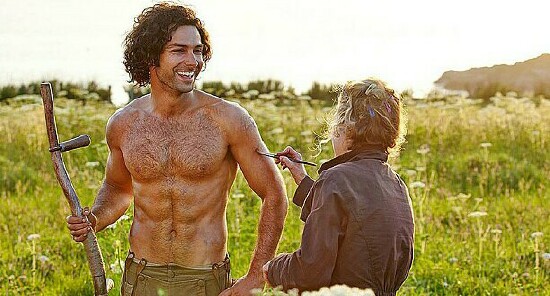 The excitement surrounding this show seems to have eclipsed the buzz for almost every other original summer program, except for certain reality efforts. (HBO’s feverishly talked about “Game of Thrones” ended its fifth season before summer officially began, though if one wishes to consider Memorial Day the official start of the TV summer then “Poldark” will understandably have to settle for second place.) But in the United States it is 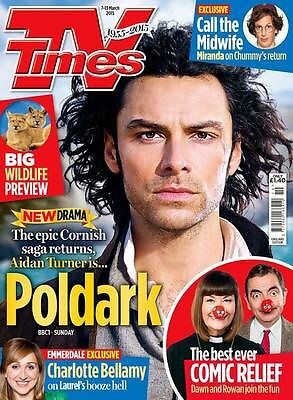 nowhere near as inescapable as it was across the pond in March when it debuted on British television. I happened to be in London at the time and was so taken by this instant phenomenon that I wrote a column about it.

I’m aware that fans of other current scripted summer series such as NBC’s “Aquarius” and “Hannibal”; CBS’ “Under the Dome,” “Extant” and “Zoo”; Fox’s “Wayward Pines”; ABC’s “The Whispers,” “Rookie Blue,” “Mistresses” and “The Astronaut Wives Club”; Lifetime’s “Devious Maids” and “UnREAL”; USA Network’s “Mr. Robot”; AMC’s “Humans”; FX’s “The Strain”; TNT’s “Major Crimes” and “Rizzoli & Isles”; HBO’s “True Detective,” “Ballers” and “The Brink”; and Showtime’s “Penny Dreadful,” “Masters of Sex” and “Nurse Jackie” likely will take exception to my declaration that “Poldark” is the most entertaining of all. (As a long-time fan of “Creature Features” and the monsters of Universal Pictures I should probably declare a two-way tie between “Penny Dreadful” and “Poldark” for the top spot.)

But after a four-episode “Polbinge” my mind is made up. I hope, though, that PBS considers running the recently announced season two earlier in the year, when TV usage is up and the insatiable hunger for mindless entertainment is down. Then the “Polbuzz” might increase even more.