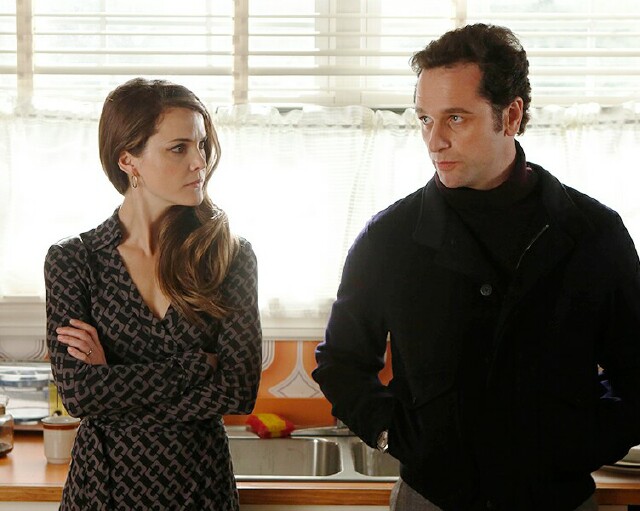 With the exception of a few nominations for work in series that nobody watched and everyone has forgotten – in other words, wasted opportunities – I can’t really complain about the 2016 Emmy Award nominees announced today by the Academy of Television Arts & Sciences. It’s not as though every deserving show and performance can be recognized. Indeed, the era of Peak TV has brought with it inevitable oversights and failures at every turn, from ratings to renewals to rewards, because of the sheer volume of “top-quality” work on broadcast, cable and streaming services. Given the bulk of it all, it’s amazing that anything comes out on top.

And speaking of streaming: The live coverage of the top announcements on Emmys.com and a handful of other sites, at a later time of day (8:30 a.m. PT rather than the usual punishing 5:30 a.m. PT), was a move in the right direction, at least as far as industry and viewer convenience is concerned -- and yet another indication that the television experience as we know it is largely in the rear-view mirror. No network could clear 10 minutes of time for the Emmy announcements? Enuf said.

I still stand behind my many suggestions for nominations in the Comedy Series, Drama Series and Limited Series/TV Movies categories, but I’m finding it difficult to get upset over the fact that many of my favorites weren’t included among the official Emmy nominees -- because, again, how could they all make the cuts? The lone snub that infuriates me is the exclusion of Penny Dreadful star Eva Green, who gave perhaps the most powerful television performance during each of the last three Emmy qualification periods and yet was never acknowledged with a shot at TV’s top honor. Oversights may be unavoidable, but this egregious disregard for Green’s extraordinary work in Showtime’s sizzling supernatural drama is unacceptable. Oh, and no love for Crazy Ex-Girlfriend star Rachel Bloom and the breathtaking Vera Farmiga and Freddie Highmore of Bates Motel? Unthinkable!

Otherwise, all is reasonably well, at least more than usual, and there is much to celebrate, especially all those long-overdue nominations for FX’s The Americans.(Series stars Keri Russell and Matthew Rhys are pictured at top.) Here’s how my lists of suggested nominees in the Drama Series and Comedy Series categories held up against the actual choices made by voting members of the Academy.

Five of my choices made the cut: FX’s The Americans, AMC’s Better Call Saul, PBS’ Downton Abbey, HBO’s Game of Thrones and USA’s Mr. Robot. The two spoilers were Netflix’s Bloodline and House of Cards. I still think CBS’ The Good Wife and Amazon’s The Man in the High Castle would have been better choices, or Lifetime’s UnREAL.

Nominees Kyle Chandler of Bloodline, Rami Malek of Mr. Robot, Bob Odenkirk of AMC’s Better Call Saul and Matthew Rhys of The Americans were on my list, and Kevin Spacey of House of Cards was an acceptable option. I have no complaints about the inclusion of Liev Schreiber of Showtime’s Ray Donovan – but again, why no Freddie Highmore?

Viola Davis of ABC’s How to Get Away with Murder, Taraji P. Henson of Fox’s Empire and Tatiana Maslany of BBC America’s Orphan Black were among my choices, and I thought Claire Danes of Showtime’s Homeland and Robin Wright of House of Cards deserved serious consideration. I won’t complain about Keri Russell getting a nod for The Americans – but seriously, where are Eva Green and Vera Farmiga?

I like my list -- Jonathan Banks of Better Call Saul, Alan Cumming of The Good Wife, Jonathan Jackson of ABC’s Nashville, Michael McKean of Better Call Saul, Christian Slater of Mr. Robot and Jonathan Tucker of DirecTV’s Kingdom better than the Academy’s list -- Jonathan Banks, Ben Mendelsohn of Bloodline, Peter Dinklage and Kit Harington of Game of Thrones, Michael Kelly of House of Cards and Jon Voight of Ray Donovan, which strikes me as somewhat lazy. (No Christian Slater? Really?) But the one nominee our two lists have in common – Jonathan Banks – also happens to be the best choice in this category, so there’s that.

How could the Academy not acknowledge the career-best work of Christine Baranski in the final season of The Good Wife, my top pick in this category? At least it made room for a last blast of love for Maggie Smith of Downton Abbey and last season’s breakout star Constance Zimmer of UnREAL. No complaints here about Maura Tierney of Showtime’s The Affair, but turning over half of this highly competitive category to actresses from Game of Thrones seems, once again, lazy.

Voting members of the Academy and I agree that ABC’s black-ish, Netflix’s Master of None, ABC’s Modern Family and HBO’s Silicon Valley and Veep belong on this list. But Chuck Lorre’s brilliantly funny comedies The Big Bang Theory and Mom were once again snubbed in favor of lesser efforts like Amazon’s Transparent (not as effective in its second season as its first) and Netflix’s Unbreakable Kimmy Schmidt (sublimely silly, but hardly award-worthy).

The real surprise here – and a wonderful one, at that, is the inclusion of Thomas Middleditch, the often-overlooked star of Silicon Valley. The continued support by the Academy of William H. Macy of Showtime’s Shameless is also welcome. Perhaps it was foolish of me to hope that Gael Garcia Bernal of Amazon’s Mozart in the Jungle and Chris Geere of FXX’s You’re the Worst would make the cut, but how to explain not including Jim Parsons of The Big Bang Theory, a four-time Emmy winner for his work on that show?

It’s always nice to see the timeless talents of Lily Tomlin acknowledged in any way, so no complaints about her nomination here for her work in Netflix’s Grace and Frankie. But I would not have excluded Rachel Bloom of Crazy Ex-Girlfriend, Aya Cash of You’re the Worst or Gina Rodriguez of The CW’s Jane the Virgin in favor of Ellie Kemper of Unbreakable Kimmy Schmidt, Laurie Metcalfe of HBO’s Getting On or Tracee Ellis Ross of black-ish. None of this matters, anyway. The Emmy will go to Julia Louis-Dreyfus of Veep or Amy Schumer of Comedy Central’s Inside Amy Schumer, who both made my list and the Academy’s.

I knew I was compromising my list when I included the very deserving Neil Flynn and Charlie McDermott of ABC’s The Middle, so it’s no surprise they didn’t make the cut. But the exclusion of Jaime Camill of Jane the Virgin is a head-scratcher. Still, it’s not as though any of the six men honored here didn’t deserve the recognition.  Their nominations represent an uncommonly eclectic group of performances: Louie Anderson of FX’s Baskets, Andre Braugher of Fox’s Brooklyn Nine-Nine, Keegan-Michael Key of Comedy Central’s Key & Peele, Ty Burrell of Modern Family, Tituss Burgess of Unbreakable Kimmy Schmidt and Tony Hale of Veep.

We agree that Anna Chlumsky of Veep, Allison Janney of Mom and Judith Light of Transparent deserve nominations. I acknowledge that Eden Sher of The Middle was a long shot. Kate McKinnon deserves all the nominations she can get for her work on NBC’s Saturday Night Live. But Niecy Nash of Getting On and Gaby Hoffman of Transparent over Mayim Bialik of The Big Bang Theory and Donna Lynne Champlin of Crazy Ex-Girlfriend? Why?