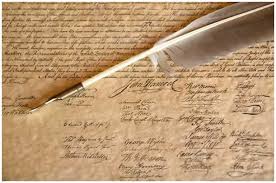 In my pre-Upfront report to MyersBizNet members last year, I forecast that future Upfronts would witness changing relationships between media buyers and network TV sellers.For television to reclaim dollars being lost to digital, TV buyers and sellers, I argued, would need to be more closely aligned as strategic partners rather than as adversaries in a negotiation, with a goal of helping clients to better define, identify, and reach their best customers. In this year's Upfront, adversarial negotiations will still be at the forefront; but behind the scenes, several networks are evangelizing specific performance-based research methodologies and vendors. I suggested, last year, that marketers' embrace of new metrics would be slow but steady, with retail and e-commerce advertisers ready to negotiate on new data within 24 months and brand advertisers less likely to activate new currencies, except their own.

Among the MyersBizNet Seven Founding Principles on which media companies, agencies, marketers and content producers must focus to maintain long-term growth and achieve sustainable success, #3 is Performance-Based Metrics Will Gain in Importance, but Very Slowly and Selectively.

There is a definitive and growing trend in network TV toward increased use of performance-based metrics and toward data driven, audience targeting offerings by media companies and agencies. Research – both proprietary and media-funded – is influencing the market share of media companies that are engaging in this process, providing relevant research, and delivering more targeted reach as a result. But the shift of dollars based on this research is primarily driving share decisions within the television industry, and is not reversing the growing transfer of budgets from TV to digital video. The actual influence of qualitative performance-based research on national TV buying decisions is growing, impacting an estimated 1% to 5% of total Upfront buying, varying by agency and client; aggregated Upfront spending influenced by performance-based research data in this year's Upfront market is unlikely to surpass 3% of the total.

Although there are studies that question the effectiveness of digital advertising, and P&G is reported to be reallocating budgets back into TV, this research is not overcoming marketers' pressure to capture share-of-voice in digital video media, and demand for quality digital video is increasing at a rate faster than supply. (Of all the advertisers in the national marketplace, P&G is arguably the least appealing to TV nets because of their historically low institutional rates.)

While media sellers can assure themselves a more competitive position in Upfront negotiations if they are delivering performance-based metrics, the basic currencies of negotiation (age/gender demographics, reach/frequency, GRPs and CPMs) are unchanged and there is little evidence that Upfront negotiations will change in a meaningful way in the foreseeable future.

For the 2017/18 Upfront market, we envision 8% to 15% of total network TV investments being impacted by network-funded performance-based metrics, and such data is unlikely to either reverse the flow of dollars to digital video, including mobile, or attract new budgets to television from other media. However, larger shares of a specific TV network company's budget could be influenced for specific clients, with as much as 25% of an Upfront budget with a specific network being allocated based on new performance-based metrics.

One TV advertiser summed up the consensus view of client executives: ""We want to keep as much of our budget as possible in the reach bucket and be judicious in how much inventory goes into engagement – engagement requires a business plan – spend, KPIs, business impact; a prior discussion is required when budgets go from reach to engagement or performance." While investments based on performance metrics will grow, such research is unlikely to reverse secular declines in the national TV marketplace.

Next in our Report on the Seven Founding Principles of the Future Media Industry: Procurement-Based Pricing will Gain Importance, and Very Quickly and Widely