Perils and Problems of the Traditional Fall Season 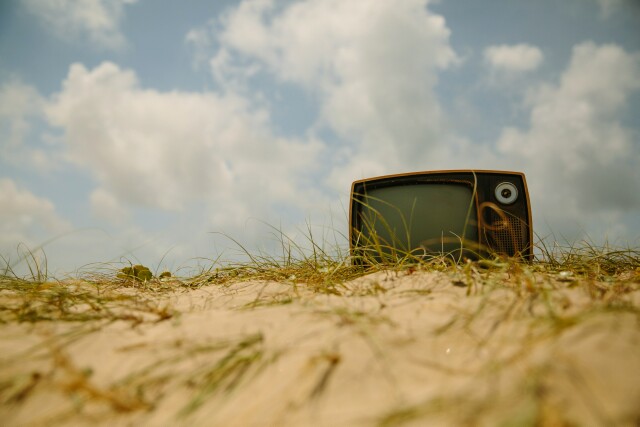 In his recent column Battling Overwhelming Competition: Lessons from “The Fringe,” Jack Myers compares the thousands of performers and creatives doing whatever they can to call attention to their shows at the annual Edinburgh Fringe Festival (and the six additional festivals being held in Edinburgh at the same time) to the “thousands of media competitors battling for the attention of audiences and advertisers.”  To narrow that down a bit, the attention frenzy that comes in the weeks leading up to the start of the “traditional” fall television season (emphasis on “traditional,” an “old school ” or “old-timey” concept) is not unlike the “carnival barkers” who descend on Edinburgh in August, seeking success for their creative works.

For broadcasters and the media conglomerates that own them it all starts with Upfront Week in May, followed by months of social media and outdoor advertising along with robust on-air promotions, and is significantly boosted by the annual Summer Television Critics Association tour.  Sounds impressive, given the mammoth scale of it all.  But does it work?

Having recently spent a week in Edinburgh, Jack returned with fresh observations about how such things work on scales large and small.  “As I experienced both packed and near-empty theaters, I realized that companies across the advertising, entertainment, marketing and media sectors are in a sprint for the next 12-24 months, comparable to Fringe performers' sprint to fill seats every day,” he says in his column.  “2020 is emerging as the most important year in the history of the media business — a year when winners and losers across the ecosystem will be determined.  It will be a year of explosive growth for a few and disappointing results for many.”

Last month I attended the Summer TCA tour, which ran for almost three weeks.  During that time very similar thoughts crossed my mind as I listened day after day to pitches and presentations at dozens of press conferences calling attention to new series and new seasons of returning shows on the broadcast and cable networks, along with certain streamers.  There are thousands of hours of fresh entertainment coming in the 2019-20 season, some of it on platforms that are not yet available to consumers.  Rather than the shows, though, it was the extent of the seismic changes involving the companies that provide all that programming that had everyone talking.  Given the collective enormity of the recent mergers and acquisitions that have completely changed the television business during the last year, 2020 is indeed shaping up as a critically important time.

The media’s justified obsession with all of that has clearly overwhelmed what should be the all-important “buzz” about programs that are set to begin rolling out this month.  The corporate stakes are so high, in fact, and the competition so massive, that the fates of all those fragile new freshmen series that the networks are working so hard to launch seems almost irrelevant.  That is not a statement about the value of TCA tours, which educate attendees on hundreds of shows in a timely and efficient manner, and prompt mushroom clouds of beneficial social messages from hundreds of critics and reporters in the process.  Nor is it a dig at the network employees who work tirelessly to put TCA together on their side, while also managing the ongoing publicity and marketing campaigns that began months ago.  I’m talking about the world at large around them.  Is there still interest among consumers in all the goodies that the fall season is known to bring, especially on the broadcast side?  Depends on whom you ask.

A few broadcast shows did manage to pop out at TCA as having significant potential.  They include the comedy The Unicorn on CBS; the superhero adventure Batwoman on The CW; the kick-ass crime drama Stumptown on ABC; the reality series Kids Say the Darndest Things, with Tiffany Haddish, also on ABC; the legal drama Bluff City Law on NBC, and the thriller Prodigal Son on Fox.  Sure things?  No way.  Nothing is today.  Promising though?  Absolutely.

The cable networks and streamers – and PBS, for that matter, with Country Music, its latest multi-part Ken Burns documentary, set to further disrupt the early weeks of the new season, as Burns' best works often do -- no longer shy away from premiering some of their top series in the fall.  But they do so all year long.  It’s the broadcast networks that continue to make a big deal out of September and October, when everything kicks in, only to be halted a couple months later for prolonged breaks during the holiday season, followed by an exciting winter/midseason period filled with marquee events (the Super Bowl, the Academy Awards, the Grammy Awards, the Golden Globe Awards, the Critics Choice Awards, etc.) and a surge of new programming and premieres at midseason.  (Last year’s winter launches included the Fox hit The Masked Singer.)

Despite their success at positioning certain shows (see above), while at TCA I couldn’t help but feel somewhat sorry for CBS, NBC, ABC and Fox, watching them try to so hard to promote a way of doing business that everyone else -- including the television industry, the tech sector, advertisers and even viewers -- seems to move further away from with each passing year.  (Ask anyone under 35 what the “fall TV season” means to them.  Their answer will likely be, “what?”)  Further, every single one of them is now tied to a streaming platform that currently exists or will soon be launched.  While they are trying their hardest to move forward with their game faces on, their own parent companies are sending signals that without a streaming service behind them, or supporting them right out front, the outlook is problematic at best.

A fresh hell of their own making will soon open beneath all of this, as these media conglomerates come to realize what the rest of us already know:  Consumers are not going to spend unlimited dollars every month on a broad spectrum of streaming platforms.  They’ll settle on a couple of their favorites and the rest will have to … what?  That’s a column for another time.  Let me just say that it wasn’t wise for Netflix, Apple and Facebook to stay away from TCA.  Amazon and Hulu did participate and they came off very well.  (Full disclosure:  Netflix arranged a studio visit to one show during the tour.)

Meanwhile, we have a fall season to get to, whether it matters or not.  A big burst of positive press never hurts, and with an ever-increasing number of shows jockeying for a finite number of eyeballs, it’s no wonder that marketing campaigns for September and October premieres now begin in May.  But as we all know, presenting a polished pilot is no guarantee of anything; the proof is in subsequent episodes, which either hold viewers or send them surfing along to the next shiny new toy (or familiar old one).

Tellingly, right now the shows I’m most excited about watching in the weeks to come are not on broadcast television.  They are on premium and basic cable and the streamers.  Some of them recently dropped on Netflix and Amazon, and with fall approaching I find myself focused on playing summer catch up.  Of course, streamers don’t do everything right, despite current favoritism in certain sectors.  For example, what the hell is Netflix thinking, dumping season two of its first-rate, critically praised crime thriller Mindhunter in the dog days of August?  No wonder it has the collywobbles.