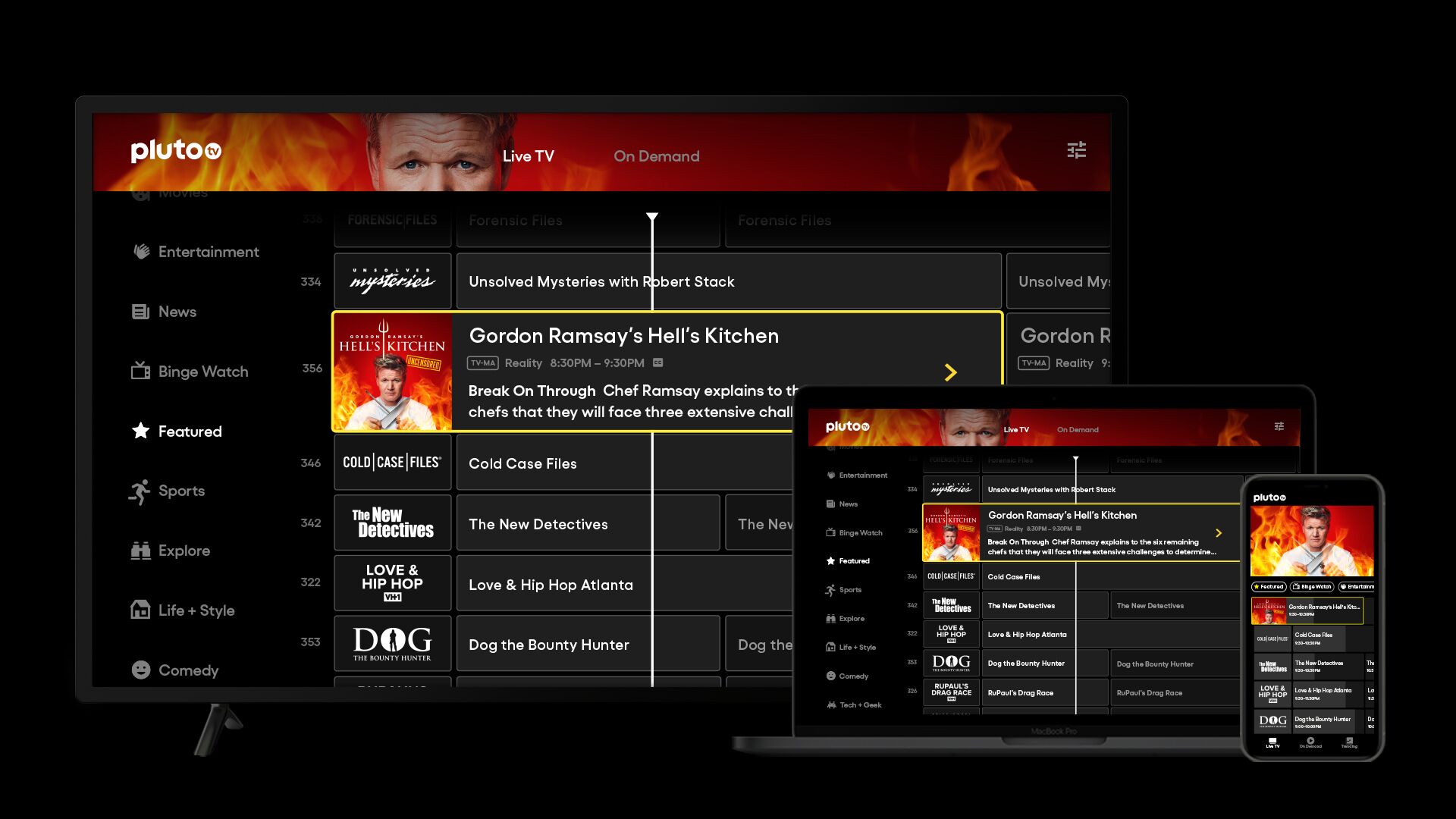 Pluto TV, a ViacomCBS Company and the leading free streaming television service in the U.S., is rolling out a series of key initiatives in an ongoing effort to enhance user experience and increase brand awareness and resonance amongst consumers.

Pluto TV today announced the launch of a new brand identity and the company's largest ever consumer marketing campaign, highlighting Pluto TV's ease of use and zero cost to consumers with a new brand tagline: "Drop In. It's Free."

Paired with the new campaign is the release of Project Venetia, Pluto TV's most significant product upgrade in years, delivering new features and design changes that further enhance the platform's ease of access to premium entertainment.

"Today marks another major step for Pluto TV in its mission to entertain the planet. Project Venetia makes it even easier for viewers to find and enjoy their favorite streaming TV programming," said Tom Ryan, CEO and Co-Founder of Pluto TV. "And with our new brand campaign, we're communicating the core value proposition of Pluto TV and inviting everyone to visit a bold new world of television. As our new tagline promises, you can drop in anytime and start watching hundreds of channels on any device, all for free."

The "Drop In" campaign, launched today, features a :30 second commercial* that will blitz late-nite programming, an out-of-home campaign in New York, Los Angeles, Atlanta, Dallas, Chicago, Minneapolis, and Houston, connected TV and streaming audio takeovers, digital and social activations, and in-theater advertising. The campaign was developed in partnership with LA-based advertising agency 72andSunny with media planning and buying by Mediahub.

The parallel development of a new interface design and brand campaign inspired a major evolution in the Pluto TV brand identity, including a new logo, and motion-inspired design elements that evoke the feeling of being transported to Pluto TV. The new identity is rolling out across platform, on-air and marketing touchpoints over the coming weeks, and was created in partnership with DixonBaxi, a brand and design consultancy out of London, U.K.

Project Venetia is currently live on Apple, Vizio, and Roku devices with staged releases across other devices, including Android and Amazon Fire TV, and even more features rolling out over the coming months. Features included in this release are:

Viewers can now find what they love even faster, choosing from categories like Movies, News, Entertainment, Sports and more and skipping directly through Pluto TV's 250+ channels directly to their preferred category.

Viewers can jump directly to their favorite VOD categories like binge-watch and rom coms, while the all-new preview mode shows movie information and trailers before they click play.

Viewers can now favorite channels to keep them at the top of their channel guide every time they watch Pluto TV.

Viewers can now save their top picks with a simple click in order to come back any time to watch.

Even when watching a program live, viewers are now able to save select titles for on-demand to view at a later time. If the title is available on-demand, the "Watch Now" button will pop up in the guide.

Pluto TV entertains over 22 million monthly viewers in the U.S. alone, and offers over 250+ channels of live, linear, lean-back programming and thousands of on-demand titles streaming on all major mobile, web and connected TV devices. With a thriving international footprint, Pluto TV is live in territories throughout Europe, with Latin America launching at the end of March, and additional rapid growth and expansion ahead.

Don't stop now! Stay in the know on ViacomCBS's entertainment brands and ad strategies with more from ViacomCBS InSites.