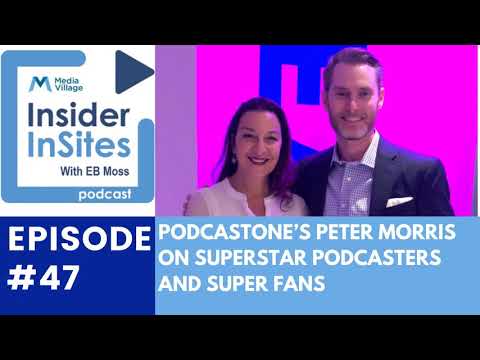 Peter Morris sounds taller. At least that's what the chief executive officer of PodcastOne, a leading ad-supported podcast network, would like listeners to picture in their minds, he said as he kidded around with me between serious pod-pitching. For the promotional part, Morris is exceptionally enthusiastic about the network, which claims to have more than 300 podcasts — many of which are hosted by popular influencers, celebrities, and powerful voices in the space. The biggest example might be Adam Carolla, one of the earliest entries in the space since carving out an on-demand audio niche post on-air radio career. Carolla has the most downloaded podcast in history, according to Guinness Book of World Records.

Morris touts everyone from Shaq to Steve Austin and Kaitlyn Bristowe to Tip "T.I." Harris before he delves into more meat and potatoes around the Super Listener study that PodcastOne just completed with Edison Research. PodcastOne released the day of our conversation, during the recentIAB Podcast Upfront.

Part of his passion for podcasting is summed up in this comment: "A single podcast is never going to be the biggest form of media, but it is the most valuable audience in media. It cannot be faked. Everybody in the digital video universe who was working to scale their business through growth hacks and through SEO and other things … were missing out on the core foundation: that the strength of your audience — the commitment and the ability to mobilize it and monetize it, ultimately, when they land where you want them to land — is what makes these businesses last and grow exponentially valuable."

Here's a topline of how he went from Funny or Die and IMAX to helm founder Norm Pattiz's seven-year-old company, which was born years before anyone even dreamed of asking Siri to play a podcast.

Listen to the full podcast right here, and please subscribe wherever you get your podcasts: Apple, GooglePodcasts, iHeartRadio, Pandora, Spotify, Stitcher, TuneIn, and YouTube. The following is edited for length and clarity.

Moss: Describe the research you just presented with Tom Webster of Edison Research on the super fan — those who listen to podcasts the most hours per week.

Morris: The study [is]…based on anybody listening for five or more hours of podcasts a week ... who have adopted this consumer habit and made it part of their daily ritual. It speaks to them. Half the people in this survey actually fit into a category where they're listening to over eight hours a week. Some of them 12 hours. These are the people [who] care about this medium the most.… They're the canaries in the coal mine; indicators of broader trends we're going to see. And they're growing [partly because] people are really conscious of the value of time, especially time alone. 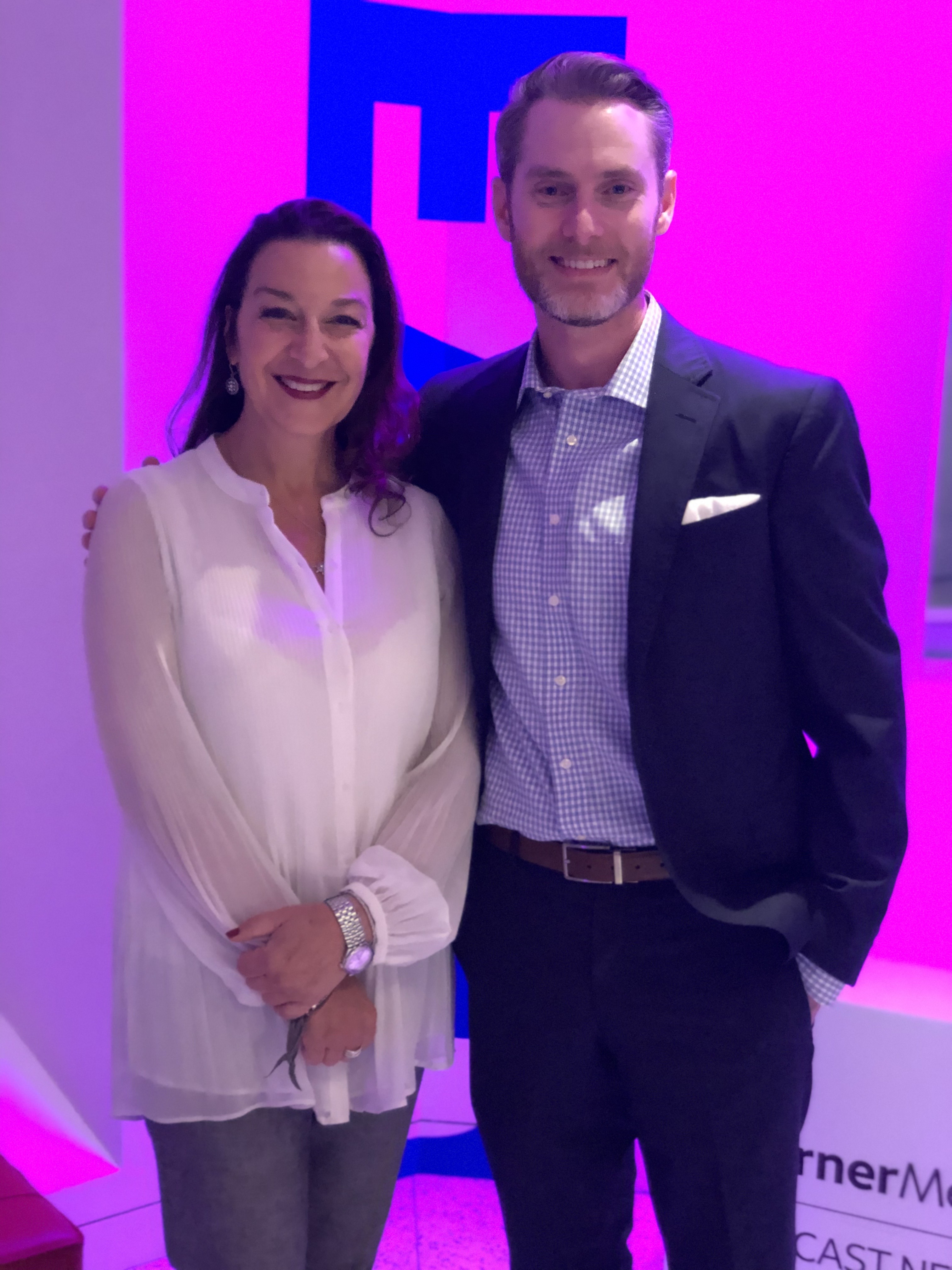 So, there's been a slowdown of people who will mindlessly press play and zone out to music on their commute or working out ... and [instead] listen to podcasts. When I'm at the gym, [for example], I got this double sense of accomplishment: I worked out my body and then I either laughed along or I learned something.

Moss: There was another finding released: that new listeners are skewing a little bit more diverse now and a little bit younger than the longer-term listener.

Morris: Podcast traditionally, Tom Webster likes to joke, were two white guys talking to each other. And that's really what started it and was the audience that was most predominant early on. We've seen a lot of really strong female content come on in the last two years and diverse political voices across spectrums, [from] Barbara Boxer to Laura Ingraham.

One of the things I'm really excited about is what we're doing with T.I. [Harris]. I'm not aware of a podcast that's really broken through to an African American listening base in high numbers. When you see the people who are leaving comments socially for him and the people who are leaving reviews on Apple, these are first-time podcast listeners who are appreciative of the fact that they are African Americans and he is having a dialogue and a conversation that was missing entirely from this media.

Moss: Tell me some of the other findings that came out of your survey with Edison Research.

Morris: One of the things that's amazing about advertising is that 37 percent of these super listeners say that it's not only a good way to reach them, they say it's the best way to reach them. And when you look at the percentage of those super listeners who actively avoid any ad-supported universe; they are the ones who belong to premium video subscription services like a Netflix that doesn't have ads. Or a Spotify premium where they're not interacting with ads.

So, the only place to get 18 percent of these listeners to even hear advertising is podcasting. It's fascinating. You see that 44 percent of them actually appreciate and feel a sense of loyalty to advertisers that are part of their favorite program. And the biggest stat is 70 percent of those people actually consider actively purchasing that product or service after learning about it in the podcast they listen to.

Moss: Do you find synergies with otherHubbardInvestments, such asReelz, the television network?

Morris: John deGarmo at Reelz has been an incredible partner…. We started working with them on Murder Made Me Famous, and we're now in our second season. The first season was downloaded over 6 million times, and the second season is off to an even bigger start. Due to the success of that, they've brought over nine other series with them. We begin rolling that out next month with Autopsy or Cold Case Files, which we do as well in a partnership with A&E. It's a phenomenal way to take engaging, invigorating content and combine it in a way that it works for this medium with an intensity that you don't get anywhere else.... If you're asking me, the audio version of the show is even scarier.

Moss: What's next with PodcastOne in 2020 and what additional cross-platform synergies might you embrace?

Morris: We're going to continue to tap into voices that don't have a foothold yet in podcasting, like what we've done with the T.I. Harris. We've got a new podcast with The Deegans. Brian Deegan is the most accomplished motocross rider in history — the first guy to ever land a 360. And his daughter Hailie, who  just turned 18, is NASCAR's best performing young driver on their circuit. She is brilliant, speaks in front of CMOs at McKinsey Institute style events. Her younger brother, "Danger Boy," is absolutely destroying guys who are way older than him out there in the motocross circuit.This podcast is part adventure sports, but also part Osbornes or Keeping Up with the Kardashians about family and the intermix between that. And that's something really exciting that you're not seeing a lot of in podcasting for that community yet.

The other thing I'm really excited about is finding ways to engage this passionate audience. Again, podcast fans are a lot like sports fans. These are people [who] root for their hosts, [who] have a deep connection with them and, not only that, want to interact with those hosts. So, live shows and events and interactions digitally make sense, but listeners also want to interact with the other community members who care about these podcasts at that same granular level. They want to "wear their colors," like when you wear your Bears hat if you're from Chicago. That's bringing opportunities that are experiential products and services into the marketplace that lets them do that.