By Simon Applebaum May 15, 2017 Upfronts/NewFronts Archives 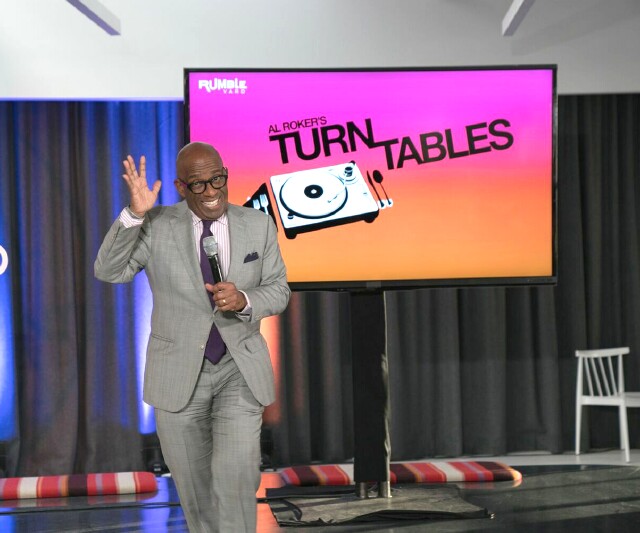 Once again this year, more than 30 companies participated in two weeks of Digital Content NewFronts here in New York City.  Some notable 2016 players were missing in action this go-round -- Yahoo, Buzzfeed, Fullscreen and Machinima (now under Warner Bros.) to name four -- while a few newcomers joined in, such as BBC and Little Things. Throughout it all there were three key takeaways.

Brand safety became the new talking point.  Thanks to YouTube's recent troubles, it's no longer about attracting sponsors to content.  It's assuring them that however they advertise, the message isn't alongside or inside videos deemed irresponsible.

For advertisers, the medium is not just the message.  In showcase after showcase, NewFront participants spotlighted multiple ways advertisers or ad agencies can deep dive into individual series, from product placements to after-program outreach.

Long-form content is on the rise, and we can thank smart TV sets/devices for that.  Far more so than a year ago, there was public acknowledgment that smart TV sets and TV-attached devices from Roku to Apple TV are a major way people consume NewFront-supplied content.  Indeed, the Interactive Advertising Bureau (the organizing agency of the NewFronts) joined Nielsen in estimating that 55 to 60 percent of all U.S. households use a smart set or device a growing amount of time per day.  That's encouraging development of long-form (a.k.a. beyond 10-15 minute) programs, especially scripted.

With so many presentations to check out (often three or four per day) there were numerous events unable to be covered in full. Here's a roundup of takeaways from a group of NewFront veterans and newbies.

Big push to make their Smosh lineup of series the Saturday Night Live of digital-driven Millennials.  New shows include Not Quite Cancelled (scripted comedy about the existence of a shark-jumping comedy) @Tracks (songs using Twitter as inspiration for lyrics) and Whoa! Nature Show (members of Smosh's not-ready- for-linear players venture into the animal kingdom).

Look for live events that empower women and/or tout social change.  TBS will join forces with Refinery on a two-day comedy workshop, where six TV newcomers are mentored by top TV writers and executives.  Another is a Los Angeles Music Video Festival showcase this fall for videos that turn common stereotypes on their ear.

Classic fairy tales will get the allegorical/alternative reality treatment on scripted anthology Fabled, while trailblazing women out to transform their corner of the globe will be profiled on Girly, with Rashida Jones an executive producer.

Virtual and augmented reality efforts, a big component of many NewFront events last year, were relegated to the sidelines this May.  Conde Nast offered one of the notable exceptions, launching or expanding relationships with VR production studio Jaunt and University of Southern California's School of Cinematic Arts.  USC's school will be home base for a VR lab, incubating talent and operating through 2020.

More than 100 series will play on the company's digital ventures over the 2017-18 season, 40 of them new, including Morgan Spurlock-directed Generation US and Broken, where couples seek closure in matters of infidelity.

Already a growing player in lifestyle and pop culture content for both digital and linear platforms, the company has several scripted initiatives underway.  One is an in-house studio unit for both series and made-for features, the first of which will be Honored, co-produced with Lionsgate.  Another is investment with ToyRocket, a TV series production company whose initial scripted projects include Malfunction, an anthology series exploring how cutting-edge technology impacts women.  Company officials tout Malfunction as “Black Mirror meets Pretty Little Liars."

Rumble Yard's long-form series debuts in the near term include Turn Table (chef and music performers come together) from Al Roker's production company, Memories (docuseries with new pop group phenomenon The Chainsmokers) and To The Beat (hit songs performed through Rube Goldberg-type contraptions). (Al Roker, who recently discussed his many production ventures with Jack Myers and Ed Martin during Lunch at Michael's, is pictured at top.)

Now that Loosely Exactly Nicole is history at MTV, somebody somewhere give Nicole Byer a new TV series.  She's an outstanding performer who brought her A-game hosting Astronauts' NewFront.  A few of her quick takes:  "We're monetizing the Internet.  Good luck with that ... Be good to your bartenders.  They used to work in the cable industry. After Roker unveiled Turn Table: "The only forecast I'm into is when I'm getting a boyfriend!"  Before we move on, keep tabs on teenage singer/songwriter Grace VanderWaal, the America's Got Talent winner who performed two of her compositions here.  Her voice reminded me of Janis Joplin and Stevie Nicks, with a folk edge.  Gave one of this Upfront/NewFront's best star turns.

This venture is out to be a digital and smart TV-distributed outpost for series with a new business focus. Roku, Amazon Fire TV and Apple TV are on board to offer this lineup, whose standout series include Spartan Up (globetrotting for secrets to success by Spartan Race founder Joe Desena), Leaders Create Leaders (in-depth look at mentoring from Elite Daily co-founder Gerard Adams) and Mr. Kate -- Office Goals (office space makeovers from the popular YouTube design duo).

There's a leading candidate for breakout TV series here in Mario Armstrong's Never Settle Show, a live prime-time talk/variety hour launched last fall on YouTube and social media.  With popular Today expert Armstrong as host, Never Settle spotlights new startups and engages both studio and online audience in several ways, including the ability to choose the segment they want presented next (from three ready to be offered).  Plenty of advertiser engagement opportunities here.

Next up:  Screenvision Media