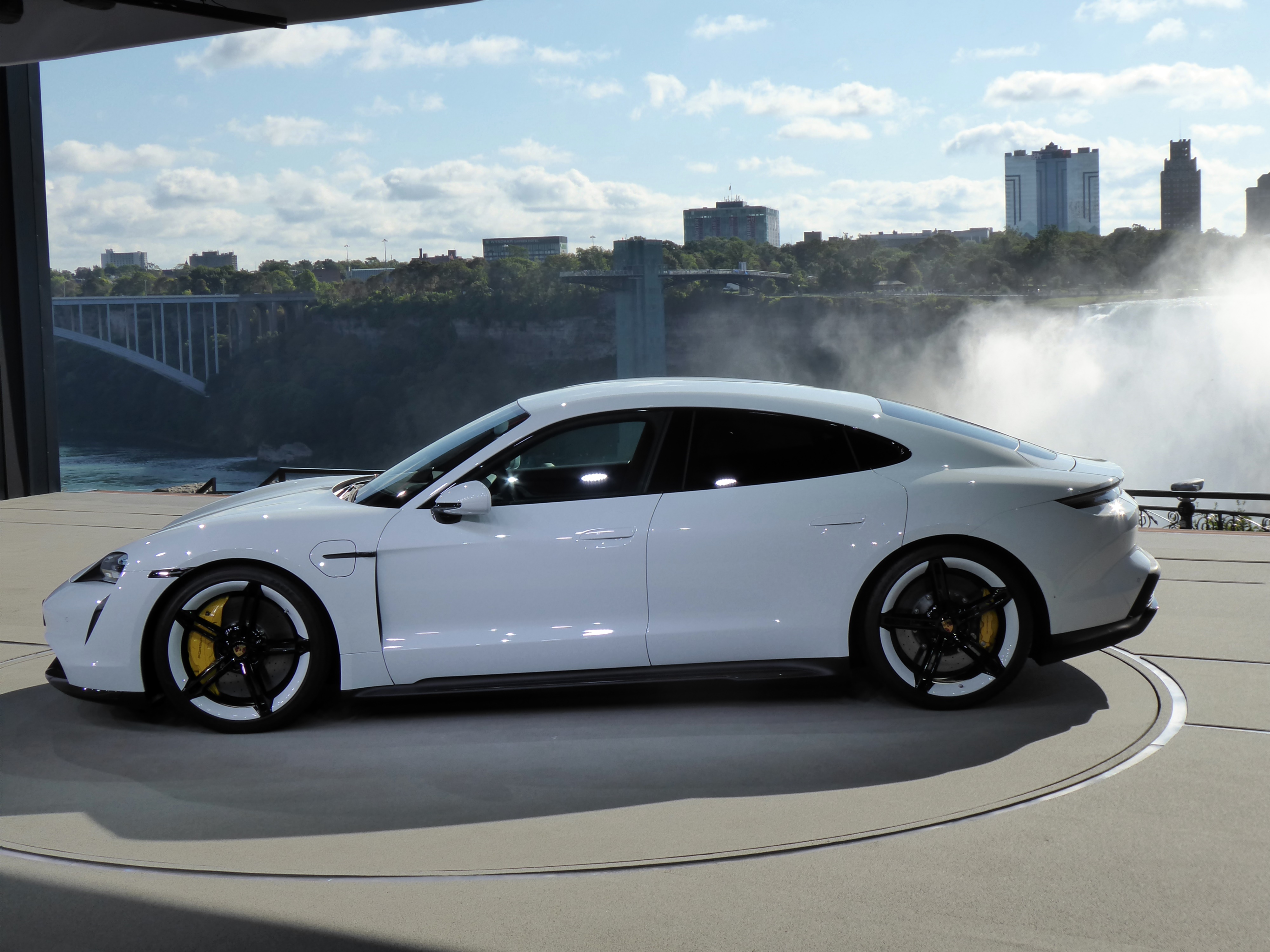 Porsche is on a roll. With the industry in a minor recession, the company's sales were up 2.8 percent in the first quarter of 2019 compared to the year before. Admittedly, in the U.S., two-thirds of its sales are of SUVs — a body style that Porsche would not have even vaguely considered had the market not spoken so forcefully.

For many years, Porsche cruised along on the sale of its constantly updated 911 model, which was first introduced way back in 1964. But, in more recent years, the company that once made air-cooled, rear-engined sports cars, period, has diversified and grown in the process.

Ferdinand Porsche, the company founder, got his start in 1900, building an all-wheel-drive hybrid vehicle with hub motors in the wheels, but the company had largely stayed out of electrification in modern times. The auto manufacturer is known for ultra-high-performance internal-combustion — but that's changing.

Porsche now has 10 years of experience with hybrids and, in Niagara Falls, Canada this week, the auto manufacturer unveiled its first-ever battery electric, the Taycan, which will be delivered to customers beginning at the end of the year. Already, 20,000 people around the world have indicated interest in buying one. A variety of new electric models, including a crossover version of the Taycan and an electric Macan (Porsche's compact SUV), are coming.

The Taycan represents Porsche's biggest investment ever in a new model, and a lot rides on it. The company says half of all vehicles it produces by 2025 will be electrified, and that's a big step. How to signal the new direction?

First, it should be noted that Porsche, like Ferrari, gets a lot (a real lot) of free publicity because every car magazine and enthusiast blog breathlessly follows its new models. That reality has probably reduced its need to market and advertise the products, but getting fans of the marque used to the Taycan will involve spending money.

During the launch event in Niagara Falls, I sat down with Pedro Mota, Porsche's vice president of marketing for the U.S. to talk about the Taycan. The company's marketing approach can be explained, he noted, by the hashtag #SOULELECTRIFIED. "It's an electric car with a distinct Porsche soul," he said.

At the event, Porsche showed several longer videos that will be distilled into commercial messages, produced via its partnership with the Cramer-Krasselt (C-K) agency, the second-biggest independent in the U.S. The Taycan, those ads will say, is no plug-in appliance; it was bred with pure Porsche DNA, goes like stink, and will make its owner feel alive. The videos trace the development of Porsche cars from the first postwar 356 models to the 919 hybrids that won at the 24 Hours of Le Mans.

This ad makes the Taycan look like something created in Dr. Frankenstein's lab. Hours after it was posted to YouTube, it had 124,000 views:

This ad pushes the heritage — and the soul:

An online configurator (choose your color and interior) for the car went live September 4, but Mota said that the Taycan campaign will really ramp up in Q1 2020. Porsche will be running TV commercials, seeking a big presence on social media (especially Instagram and Facebook), and — in an interesting twist — going heavy with direct mail to those hand-raisers, seeking to turn interest into full commitment.

"In the U.S., the biggest interest is in California," Mota said. "We're in touch with [dealers]; they're getting almost monthly letters." He added that dealers have been taking $2,500 deposits on the car — which starts at $150,900 — giving these potential buyers "some skin in the game." 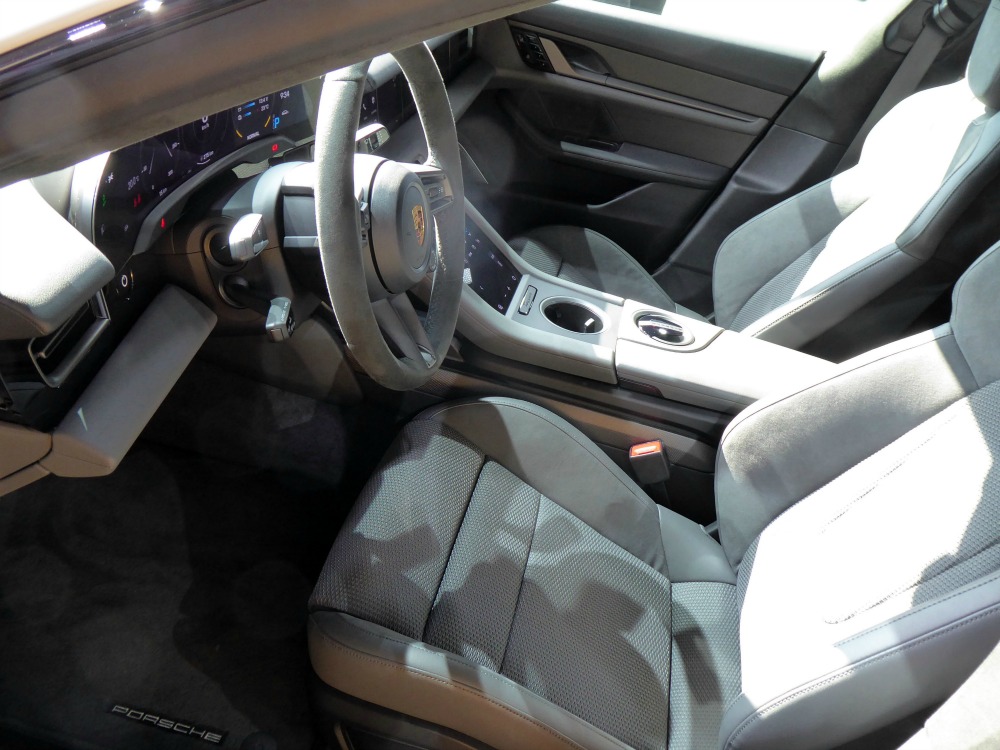 C-K confirms that Porsche is going after younger (and more female) buyers these days. Its cars have been seen with Adam Levine of Maroon 5 on James Corden's Carpool Karaoke and in the Sportscar Together campaign (coordinating with TheNew York Times' T Brand Studio); last year, the campaign featured such stunts as a young couple getting married in the back seat of a 2019 Cayenne, traveling 70 mph at the Porsche Experience Center in Atlanta. C-K also worked with media agency PHD on the wedding activation.

According to Klaus Zellmer, Porsche's North American CEO, "Weddings are a natural fit for our Porsche Experience Centers. Samantha and John's wedding was the first, but, hopefully, won't be the last."

Who is the buyer of the Taycan? "They're younger and they like design, architecture, and all forms of technology," Mota said. "They will probably skew urban." He added that a significant percentage of hand-raisers are current two-seat 911 owners, meaning that they're likely to buy a Taycan to supplement that car.

The Taycan is capable of serving as the family go-to vehicle because it will offer strong range from the beginning, as much as 250 miles. There are no U.S. EPA numbers yet, but the car did well in more-lenient European testing. It's unclear if Porsche will advertise the Taycan that way. The 2.6-second zero-to-60 time (in the upscale Turbo S model) is likely to be the bigger selling point. That and, if the demographic does, indeed, skew younger, embedded Apple Music.

C-K won the $40 million Porsche account in 2007, with the rationale, at the time, that the agency was expert at reaching the particular, ad-adverse clientele that buys its cars. In 2016, C-K paired with the automaker to create a holographic ad for the 911, so perhaps those finicky buyers will accept advertising for the Taycan if it's technologically creative.