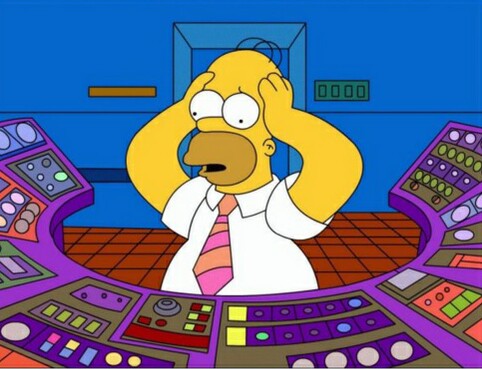 This has been a wild week for live television, with A&E’s group burial, Fox’s power problems and the Republican presidential candidates turning the tables on CNBC. And it isn’t over yet: Friday will bring us a live exorcism on Destination America. It hasn’t been all good, but it all points to the fact that nothing still attracts an audience in the moment like television.

It all began on Sunday with AMC’s “Talking Dead,” which was all about Glenn, the beloved character who seemed to meet a hideous end in that night’s episode of “The Walking Dead.” Host Chris Hardwick was visibly shaken, as were his guests, Damon Lindelof and Yvette Nicole Brown. But everything about “Talking” suggested that “Walking” had pulled a fast one, and that those weren’t Glenn-trails that viewers saw zombies feasting on during his apparent demise. Steven Yeun, the actor who portrays Glenn, wasn’t a guest on “Talking,” a strange change given that almost every actor whose character has died throughout the life of the series has appeared on “Talking” after his or her final episode. Glenn wasn’t included in the weekly In Memoriam segment, either. Executive producer Scott M. Gimple called in to let fans know they hadn’t seen the last of Glenn (whatever that means). Was this AMC using live television to fan the flames of a social media firestorm? If so, it worked.

The craziness continued on Monday night when, opposite ABC’s live Monday night variety extravaganza “Dancing with the Stars” – which this year ought to be titled “Dancing with the Personalities,” stars being a generous term for most of them – A&E gave us one of the least kinetic live events since the legendary Geraldo Rivera dud “The Mystery of Al Capone’s Vault.” It was titled “Fear: Buried Alive” and it featured three people being buried in wooden boxes with cameras, lights and microphones inside. A&E billed it as an opportunity to witness the horror of being trapped underground, but I’ve been in MRI tubes that were more cramped and foreboding. There was much lively banter between the three buried individuals throughout, which compromised the dread and isolation of it all. Little things seemed to go wrong near the end, like when dirt began to leak into one participant’s box, but I wouldn’t bet that all of it was “real” or “spontaneous,” this having been “reality” TV.

What I remember most about this two-hour program is that an entire half hour passed before anyone climbed into a crate. By then I was ready to switch over to “Dancing with the Stars,” which despite my observation above (that one word in that title this season doesn’t seem to fit) is still a grandly entertaining live variety show. There are more dancers, more elaborately choreographed dances and more set changes than ever before. And the seven “personalities” remaining – Tamar Braxton, Alexa PenaVega, Carlos PenaVega, Bindi Irwin, Nick Carter, Andy Grammer and Alek Skarlatos – may be one of the most talented groups of non-professional dancers in the history of this show, currently in its 21st season. Even Vine star Hayes Grier, eliminated this week, was pretty darn good. ABC could do worse than to keep this show going for several more years.

Monday also brought us another edition of NBC’s “The Voice,” now pitting favorite contestants against each other in its seasonal Knockout rounds. This is where “The Voice” has always lost me, because I think those spinning red chairs are everything, and when they are gone so am I. (Sadly, those chairs provide the excitement during the part of the season that is pre-taped.) I can’t claim that the Knockout rounds have lost me this time, though, because I haven’t been watching this season. I hear I haven’t missed much, but I can’t comment one way or the other. Still, this show remains one of the most popular on television, so there’s that. Like Fox’s “American Idol,” “The Voice” maintains its popularity with millions of people even when the press loses interest.

Live television really became interesting on Tuesday, not because of another edition of “The Voice” or a fresh production of “Best Time Ever with Neil Patrick Harris,” both on NBC, but because gremlins interrupted Fox’s telecast of Game I of the 2015 World Series. As a New Englander I can relate to the hassles that come with a generator crapping out (especially during a snow storm). In this case, the back-up generator for Fox’s system also broke down, which apparently was unimaginable and unprecedented. Think of the stress the crew (and especially the electricians) must have been under during Game 2! 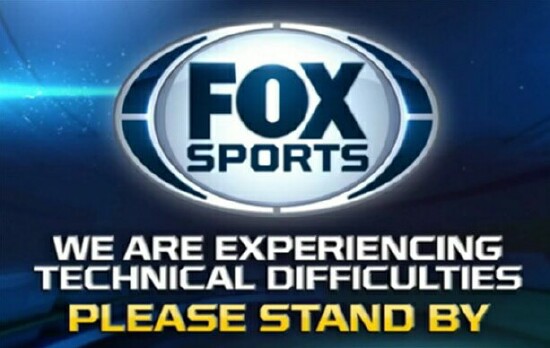 The best place to be during Fox’s perpetual power problems, when that message about technical difficulties filled the screen, was on Twitter. 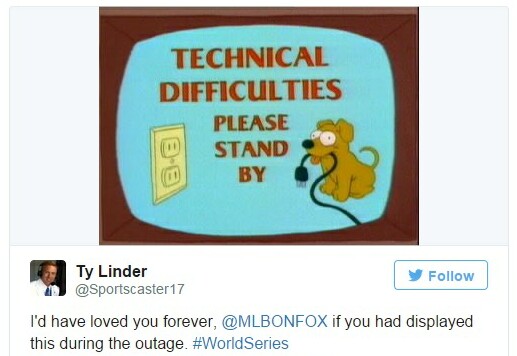 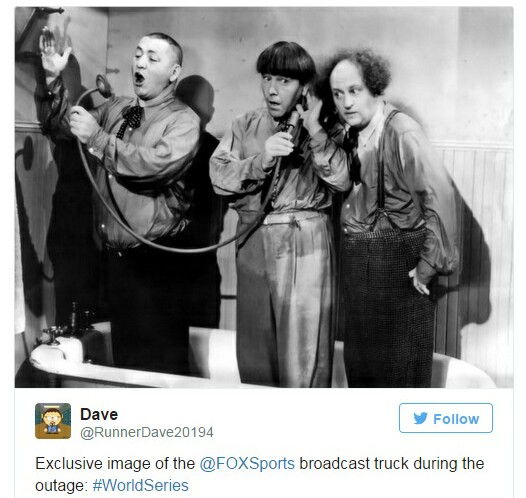 Last night brought us the second game in the World Series and the third Republican Presidential Debate, this time on CNBC. I thought I was over the debates, what with all of the lame questions and all. But this time the candidates turned the tables on the moderators, taking them to task for wasting everyone’s time, including that of viewers. Ted Cruz, Marco Rubio, Chris Christie and the always reliable Donald Trump fired off the best shots. Trump really nailed it when he said of his skills as a negotiator, “In about two minutes I negotiated [this debate] down to two hours [from three-plus] so we could all get the hell out of here.” But Christie had the single best moment, chastising the moderators for repeatedly trying to get the candidates to attack each other: “Even in New Jersey what you’re doing is called rude!”

All will be quiet tonight, but Friday brings even more live television action, most notably Game 3 of the World Series (and the first in New York). Much farther down on the excitement meter is a new episode of NBC’s live sitcom “Undateable,” a show I wish was much better than it is, because who wouldn’t appreciate having a live must-see situation comedy as part of their weekly viewing agenda?

And then there’s a live event that could be one for the ages: “Exorcism: Live!” on Destination America. This may be the first time I have ever carved out time in my schedule for a program on this network. Okay, so we won’t be watching a “possessed” individual be purged of a demon. Instead, we’ll be watching an archbishop of the United States Old Catholic Church ridding a supposedly haunted house of reportedly evil spirits. This isn’t just any haunted house, though. It’s the one in which a demon was reportedly exorcised from a boy in 1949 – the event that inspired William Peter Blatty to write his novel The Exorcist.

There will also be a live séance during the special. Will we be able to believe what we see and hear during those two hours? No matter; if it’s as creepy as past live Halloween editions of “Ghost Hunters” on Syfy and “Ghost Adventures” on Travel Channel it will have lived up to the hype.

What a shame NBC hasn’t schedule a new edition of “Saturday Night Live” this weekend. There would have been so much for the writers and performers to work with, and it would have been the perfect way to bring this particular week of television to a close.