Q&A with Jack Myers: Do Men Have a Future? 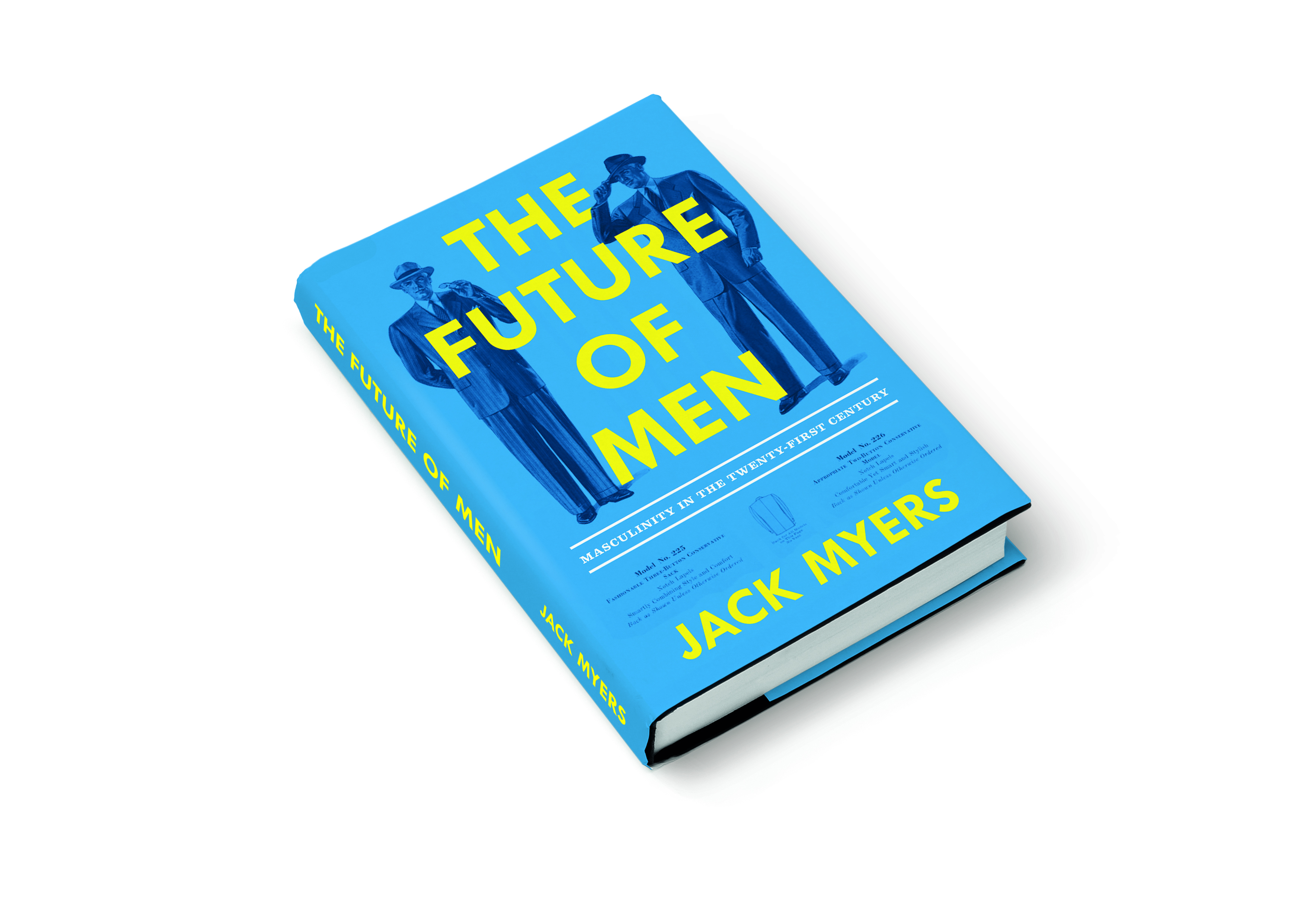 Jack Myers is not only a legend in the media industry he is also a keen observer of societal trends. His last book, "Hooked Up," delved into how Millennials think and behave and how this next generation is shaping the fundamental structure of our society.

His next book, "The Future of Men: Masculinity in the Twenty-First Century," is due out this fall and takes a fascinating and surprising look at a how contemporary attitudes and trends are impacting the primacy role of men in our society. Jack's publisher, Inkshares, takes an innovative Kickstarter approach to launching new titles, which you can support by pre-ordering Jack's book at www.futureofmen.com.

Frankly, my first thought in sitting down with Jack was that men need not be worried about women controlling society at this time or any time in the foreseeable future. Despite being 51% of the US population (2013 census), women still only comprise 20.2% of corporate board seats among Fortune 500 companies, 104 out of 535 seats (19.4%) of US Congress seats and earned 77% of what a man earned on average in 2014.

But I do have four stepsons and two nephews all of whom I love and wish great success so I was willing to entertain the theory that the future of men is uncertain. I sat down with Jack to ask questions and contemplate his answers.

Charlene Weisler: Why write about men?

Jack Myers: There's an amazing sense of insecurity among men today that's mostly hidden. When I was considering the topic of the future of men, I'd mention it to women and they'd be eager to learn more and talk about it. Among men, the almost universal response was, "Do we have a future?" I realized that men needed a new narrative, a new sense of self. I realized that the growing shift in dominance -- across business, relationships and politics -- from men to women is one of the biggest emerging trends in our society at this time.

I found through the research I did on my prior book "Hooked Up" that 60% of graduating college students are now female and two of the three new jobs now being created require a college degree. Women now make up 60-70% of junior and middle management in 13 of the top 15 growth industries, and they are postponing marriage and starting a family to focus on their careers. I asked myself, what are the implications of these new realities and I wanted better answers than were available. In the process, I found a fundamental shift away from the traditional dominance of men in society.

JM: Men have been dominant traditionally because of physical, regulatory and financial reasons. But the walls are breaking down. Boys grew up with a narrative that it is okay to cheat and lie; okay to objectify women; okay to use physical strength. But there is and should be zero tolerance for these messages now. We need to change the narrative for and about young men coming into their adult years who are conflicted about what they see in the media and among their parents' generation versus what they experience among their cohort group. We saw a positive reflection of this emerging narrative in the Super Bowl, where advertising messages refocused away from female objectification and focused instead on empowering men to be better dads, better men, strength through humanity and support of women.

CW: What are the big takeaways from your book?

JM:  It is no longer a man's world. Men were taught that it showed weakness to cry, that weak equals feminine and that being feminine is somehow wrong. Now we are being taught, correctly, to be more empathetic, more in touch with our emotions and more sensitive in our relationships. This is just one example, of many, where there is a shift in the reality from traditional attitudes and perceptions to a new narrative, one that I believe is actually more powerful for men and will serve them better in their relationships, careers, families and life in general.

Men were taught they had to be the primary family wage earners, and their masculinity has been tied to that belief. Now, in 40% of U.S. households, women are the main wage earners and there is a growing number of stay-at-home dads. But society and corporations aren't prepared to support this new cohort as they have new needs for support and guidance. We need to understand the changing dynamics and develop programs for men just as they have been developed for women over the past 30 years of the women's movement.

For all of us in media and advertising, we need to pay much more attention to the image of men we see on television and in commercials. In my book I focus on the role media and advertising have had in demeaning men and establishing a destructive image of the male identity over the past several decades. For example, the most iconic TV dad of the past 20-years has been Homer Simpson, followed by Peter Griffin of "Family Guy." Commercials have focused heavily on male bonding and female objectification, or on what I refer to as "men-as-morons," unable to treat their own cold, wipe up a counter or diaper a baby. While that is changing, we need to call attention to the negative influences young men have been subjected to through media and reverse them.

CW: What is your view on the future of men? Is it possible that we can all win or is it a zero sum game?

JM: We need to look at the traditional expectations of gender and redefine them. Men are a conflicted and confused species. Society is imposing new sets of rules on us. But allowing men to be more open, honest, empathetic, collaborative and supportive is beneficial to all of us. Quoting from the book's conclusion, "A woman's power is in her intuition, experience, common sense and her inherent desire to collaborate rather than fight. When women say 'I understand,' they actually do understand (unlike men, who are often clueless but won't admit it). The great challenge for men is to learn, and actually understand, that these male inclinations are outsmarted every time. Men's habits are trained through media exposure from infancy; they are, however, at a genetic, intellectual and emotional disadvantage when confronted by women. No matter how aggressively men may assert their physical power and dominance, men are being progressively and proactively outgunned, out-maneuvered, outsmarted and out-resourced by women. This is the genetic and historically inevitable reality that men must understand, accept and embrace if they are to have a positive and productive future in a world in which women are an equally, if not a more dominant force."

A Note from Jack: "Please go towww.futureofmen.comand support the movement toward a better future for men, and the women in their lives, by pre-ordering my book. It's a crowd-funding platform that partially underwrites the marketing of the book and engages supporters in an ongoing conversation. You can support The Future of Men message by pre-ordering one or more copies of the book."