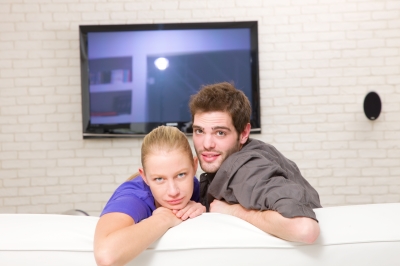 Over a half century ago (1961) one of the first major contributions of the Advertising Research Foundation (ARF) was to establish a model of how advertising works which was updated in 2003 by Erwin Ephron, myself, Jim Spaeth, Bill Moran, Denman Maroney, and Phil Brandon. Even the 1961 version had a stage called Advertising Perception, meaning the noticing of the ad.

Erwin was fond of recalling the debate in which Alfred Politz and other giants of advertising research argued about the inclusion of the Perception layer, since it could only be inferred from Recall and not measured directly at the time (since we knew nothing of P300 cortical evoked potential waves until the 80s). In the new version this has been replaced by Attentiveness, one of Erwin’s pet inclusions. Here are the links to the original model shown with my comments and the 2003 update.

This ancient debate about the quality of attention to advertising is as relevant today as it has always been, and modern evidence for that is the recent industry work in establishing viewability standards for digital. As more and more video consumption takes place on devices that go where the individual goes, the questions we ask about attentiveness will also change, to include measurements that can be taken with built-in video cameras in the viewing devices themselves. But with the great bulk of TV viewing still taking place in the old-fashioned setting, it's time to remind ourselves of one area of attentiveness measurement that we appear to have left by the wayside: room leaving during commercials.

A 2013 study by Audits & Surveys (see page 58) showed that the average prime time TV commercial lost about 8% of its audience to channel switching and about 30% of its audience to room leaving (an additional 4% turned off their TV sets). In 1990 when Arbitron's president Rick Aurichio sent me to France to bring back technology* that would lead to the PPM, my main motivation was to be able to measure room leaving during commercials, and I spurred Arbitron in the direction of being able to resolve signals within a 10-second epoch so as to be able to report on such room leaving. Unfortunately the PPM technology never got down to such a fine temporal resolution, although today's Automatic Content Recognition (ACR) technologies reopen that potential.

Set-top box data has done a good job of measuring commercial switchaway, the other factor Audits & Surveys was one of the first to measure. Especially when reported at the second-by-second level, as TiVo Research (TRA) has always insisted upon (although others typically condense data by using 5-second blocks or other simplifications). Yet room leaving was always the larger factor, though never pursued due to the difficulty of measuring it. The telephone coincidental, shown to be able to capture attentiveness related data by my 1960s work with Hooper and by Audits & Surveys' later work, has long since been lost as a viable technique due to answering machines. A great loss since it had been a truth standard for other TV measurement methods, and now we are without any truth standard at all.

Imagine if in the next year or two someone were able to commercialize at scale the measurement of room leaving during commercials viewed on TV sets. This would provide another valuable data point for use in advertising media optimization. ACR technology on the one hand could provide such measures for immobile TV sets, and built-in video cameras in PCs/Macs and mobile devices on the other hand could provide measures of the viewer disappearing meaning that he/she is probably not watching the commercial.

As research companies become more alike and closer to parity (as reported here in our recent series about the growing potential competition for Nielsen), passively-captured attentiveness metrics at scale could provide an edge for some entity mentioned in those articles, or a newcomer.

*I also brought back a hairline fracture to my left heel, garnered during a spinning leap performed while dancing with four French women in Cannes, but that's a long story for another time and place.