Questions CEOs are Asking About Marketing 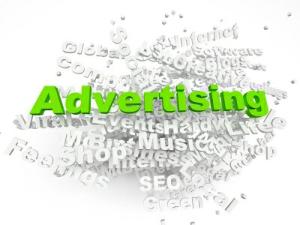 I was talking with a partner in one of the large management consulting firms the other day, and he was recounting to me that they are getting a lot of new types of questions, ones they would normally expect from the CMO, but they are now coming from the CEO.

Should I even be advertising now? What if I shift that money to the bottom line instead? That question has been addressed many times. Essentially the short-term profitability is increased, but for five years this is given back many times over as the brand who cut advertising is ravaged by its competitors who did not.

If I continue to advertise, which types of advertising will be most effective now?I hope that many of you will be Zoom-attending the ARF's biggest annual conference, AUDIENCExSCIENCE next Monday through Wednesday, where many of the questions CEOs are asking will be addressed. This particular question is something that I will be speaking about three times, each from a different angle. On Tuesday, September 22, from 11:55am-12:05pm ET, the focus will be on targeting consumer motivations through programmatic.

From 1:40-1:50pm ET that same day I'll be reporting what the streaming advertising revolution is doing to boost ROIs for those who have discovered it.

On Wednesday from 10-10:30am ET, a group of us will be reporting the latest hard-edged findings on the subject of Context Effect – one of the keys to the immediate and long-term future of advertising.

Have my targets changed?Everything else is changing and everything is interconnected so why should targets not be changing too? My 11:55am-12:05pm talk on Tuesday shows a fresh from the field (September 2020 campaign) case study proving the effectiveness of combining targets and making them ad-centric. Not throwing out the recently effective targets, but compounding them with a new view to exalt your own creative, the main engine of ROI.

Instead of advertising would I be better off with Brand Activation?This used to be called Promotion, i.e. price cutting. ANA positive change agent Mike Donahue reports "Brands are leaning in on in-store brand activation because it reaches a human being 100% of the time, while the more popular forms of digital reach a human being 30-40% of the time." Note that promotion is already five times larger than advertising in terms of dollars, and that IRI showed years ago that advertising is profitable 40% of the time, whereas promotion is profitable 20% of the time. Brands thinking of using even more promotion should definitely pretest the idea by Random Control Trial.

On the concern about viewability and fraud in digital, I will also be addressing this in my talk on Tuesday 1:40-1:50pm ET. The least fraught with these poisons is Premium OTT, the streaming versions of broadcast and cable network television, Tubi, IMDb, Hulu and Pluto. When the low CPMs of other digital video are adjusted for viewability and fraud, they are not low CPMs at all.

When considering in-store promotion, consider doing it in new ways, which fit with the newly preferred touchless environment, and which are themselves value-perception building in-store advertising, based around the mobile device in the shopper's hand, and in-store signage equipped with Near Field Communication (NFC), such as are being deployed by Thinaire. Offer recipes, apps, coupons, etc. by holding the phone near the ad for a second.

Test everything sensible soon and by Random Control Trials as well as your other trusted methods. Time is of the essence. Seat of the pants is not advised with the stakes so high.