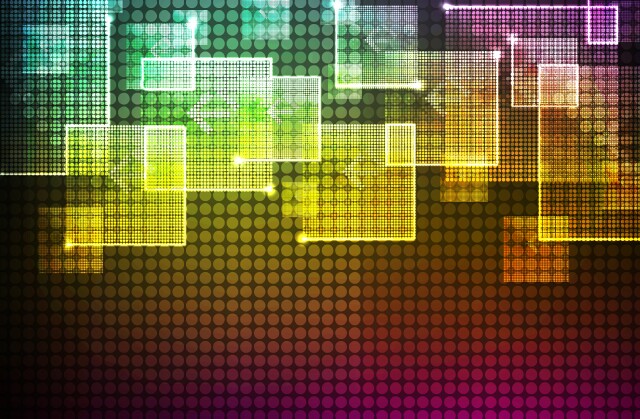 IAB President Randall Rothenberg opened the 2nd Annual Podcast Upfront acknowledging there are questions to be answered and that “marketers and advertisers worry." Among their concerns: What is this new medium? How do we navigate and how do we measure? What acquisition tactics will marketers use to grab share of ear?  But, he promised, “With some 50 million monthly listeners of podcasts we’ve passed our ‘Serial’ moment.”  It may be the nature of a nascent platform -- as all team up to figure it out and evolve together -- but for a medium approaching critical mass it is time to deliver specifics to a hungry ad community.

On the one hand, one agency representative said she gained a sense of the content and appreciated meeting executives from companies since she plans CPG campaigns but had not yet included podcasts.

On the other hand, Collin Willardson, Marketing Manager for brand advertiser Mack Weldon, felt it was more show than tell, and for the most part felt a lacking in specific metrics and audience descriptions. “I get frustrated because a lot of people offer me a show with someone well known,” he told me. “But I’m not buying the host. I’m buying how the host connects with the audience. It can feel like snake oil if you brag about the host but can’t tell me more about the audience.”

Willardson and others acknowledge they are impressed by podcasting’s growth track and agree things are on the right track for measurement in light of that day’s release of the anticipated IAB Ad Metrics Guidelines.

Hernan Lopez, CEO of eight-month-old Wondery (and fresh from the video world of Fox International), had one of the most illustrative presentations of the day, using few visuals. Lopez leveraged the power of production quality and compelling content by asking audience members to don blinders and, well, just plain listen.  The early-stage company’s aggregated download numbers are seemingly impressive -- assuming agreement on five million apples to five million apples in place -- but what impressed even Willardson was the content itself. “I would say I learned from [Lopez] what could be happening: bringing back a form of audio book, or like when kids listened to Little Orphan Annie,” he said.  “It was a good glimpse of the future. We knew this kind of storytelling existed but they took it from first gear to fourth.”

HowStuffWorks seems to have conjured the recipe to drive downloads. Chief Content Officer Jason Hoch told their impressive numbers story of a 3x increase in past year-over-year downloads, hitting 650 million since launch. He feels confident in those numbers as all shows are currently self-hosted for full data accessibility, but also sourced Podtrac’s top 5 ranking of their network. However, Hoch, tapping his own tenure in television, believes their multi-platform play sets them apart. “The three tenets of success are text, audio and video and we’ve been able to do those for a long time,” he reflected.

In addition to their heavily trafficked eponymous web site and seven million social media followers, they broke new ground in the podcast-multi-platform game with Stuff You Should Know, the first audio show to have been made into a television series (a few years back on Science). And, after 340 episodes the pod-video Forward Thinking, powered by Toyota, is one of the grandfathers of custom content, putting recent press from Gimlet and their eBay-branded podcast into perspective.

Others telling the multi-platform story were, expectedly, Time, Inc. -- which claims that its “overall properties reach 1 in 2 mobile users” -- and ESPN. The sports brand, which claimed 50 million overall podcast downloads (apples?) for August, incubates podcasts out of longform features, like Pin/Kings, and promotes their listening app across assets reaching a world of 96 million weekly fans.  Pushing the final frontier of podcasting into the Virtual Reality realm, Podcast One had an experiential display available to move listeners from mentally picturing Adam Carolla’s studio to seeing it 360o.

While AdLarge’s funnyman, Jim Breuer, and Midroll’s ubiquitous Marc Marron pledged allegiance to promoting sponsorships to loyal listeners, newly named Midroll Chief Revenue Officer Lex Friedman was one of the few to also provide a specific advertising example, using a clip from Bill Simmons weaving T-Mobile into the content to illustrate one of the hallmarks of podcasting: “native” advertising.

Other key calling cards of podcasting, audience engagement and star power were clear in the Upfront’s  “live version” of WNYC/NPR’s “Ask Me Another,” pitting MediaVillage’s own Jack Myers against Omnicom legend Steve Katelman. More traditional stars from Katie Couric to Michael Rapaport were present by the truckload, with standouts like Guy Raz, who also announced his own next new podcast “How I Built This,” with NPR.

As a big consumer of podcasts himself Charlie Fiordalis, Chief Digital Officer of Media Storm, said, “I’m interested to see where the time is coming from. In my case, it was a shift from streaming radio to podcasts.” He was also eager to learn about planning tools and research but feels he’ll have to be proactive. “I realize that the purpose of the meeting was to review new content, but I think we should have spent at least thirty minutes on where measurement is at and where it needs to go,” he said. “In the interim, Media Storm is authoring podcast guidelines that include the new IAB definitions around downloads, but we’ll augment with mandates for additional data as part of our buys.”

The moratorium on networks touting numbers was rumored to have been requested by the IAB, which reserved the wow-factor for Larry Rosin of Edison Research who provided impressive and thought-provoking stats. (65% of listeners say podcast ads increase their purchase intent and 45 percent have visited a sponsor web site after hearing after hearing an ad.)

Those are good numbers to know as the clamor for metrics continues. Or, as Norm Pattiz of Podcast One summed it up to the remaining audience at the close of the day, “If you don’t know the value of podcasts by now ...”