Radio: The “Primary” Medium for the 2016 Presidential Race 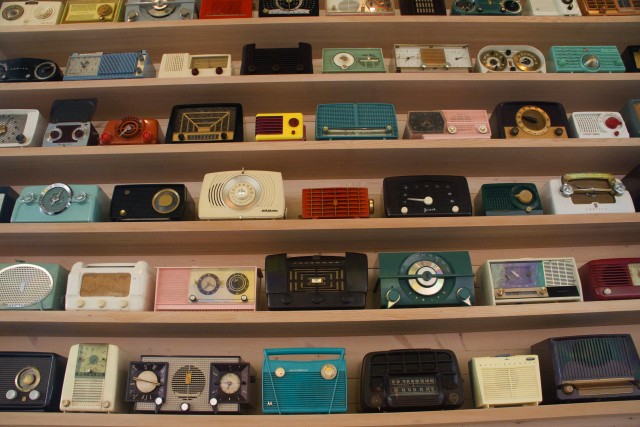 Recently, Katz Media Group launched “The Local Vote 2016” -- an ambitious research initiative designed to take the pulse of voters throughout the primary season by matching Americans’ most current political viewpoints and voting intentions with media behavior.  Continuing through May, Katz’s Local Vote sheds new light on the variety of interactions voters have today with media.  With the key findings, campaigns and political advertisers can more effectively use media to engage and influence voters — making the initiative more than a poll.  It’s a poll with a media compass.

More than anything, the Local Vote research points to the continued saliency of traditional media with voters, particularly radio.  Since Nielsen began adding radio to its Comparative Media reports, our industry has been reminded of the strength of this formidable medium.

Today, so much of our media consumption is disposable that we frankly forget the value of consistency. Radio is unapologetically not a fad, but a remarkable survivor throughout 100-plus years of great media disruption. Since its inception, radio has weathered the introduction of television, motion pictures, cable, satellite (radio and TV), personal computers, cell phones, the Internet and social media, to name just a few. And while the power of “mass reach” may not be “de rigueur” conversation for today’s target-driven marketers, there is something powerful to be said for radio’s ability to still dominate all other media -- including television -- in reaching the largest number of people regularly across all audience segments. Yes, even 9 out of 10 Millennials are engaging with radio daily. These young arbiters of trends have not only stuck with radio, but are now being touted for their role in the resurgence of -- wait for it -- vinyl!

Perhaps that’s why, when we look at the Local Vote findings we see that for followers of candidates like Bernie Sanders, known for his appeal to younger voters, radio is tops among media choices. Indeed, 93% of Sanders supporters use radio daily, while broadcast TV ranks the lowest (80%) of any candidate supporter groups. Audio streaming (online radio, as well as pure plays like Spotify) also ranks highest for Sanders supporters versus other candidates.

Radio is a force to be reckoned with in the political space. Not only does radio rank tops with almost all candidate supporters, it is most dominant among “undecideds” with 95% using radio daily, 2–4 points ahead of the next media alternative.

Some may look at the data and wonder if it is worth comparing media that arguably reach the majority of the population?  In the political arena, however, it’s important to reach every potential voter.  In Wisconsin, for example, the reach and influential power of radio’s news talk personalities played a pivotal role in the Republican primary outcome.   If you’re not convinced by reach alone, however, then consider that radio also scores high marks for its length of tune and a significant portion of radio listeners are not heavy TV viewers. The Katz study proved that one third of all undecided voters spend twice as much time with radio as they do with TV (1 hour and 52 minutes daily vs. 52 minutes).  That translates to a significant portion of undecided radio listeners being twice as likely to get your message versus undecided TV viewers.

But what good is “reach” if you can’t target an audience? Ah, but you can! Radio is the original targetable medium; and now with data science, so much more can be done. Take Milwaukee, for example.  In the radio landscape there are a plethora of format options that are highly targeted choices among particular political groups. When you think of radio and politics, I’ll bet you’re thinking “news/talk” radio -- and you’d be right if you were trying to court Ultra Conservatives, but you’d be missing the opportunity to engage On-the-Fence Liberals (urban stations) or even Mild Republicans (rock stations).  The Local Vote study takes this yet another step further, allowing us to target by issues as well.  So, for instance, if you’re trying to reach Republicans who are selecting their candidate based on the state of national security, then you’d need to be on news/talk/sports radio -- but Democrats with the same concerns are more likely to be listening to classical or jazz stations.

The truth is that mass media is actually the only place you can achieve reach and target-ability -- and that matters greatly when you are introducing a new product or a candidate to the world. Targeting is a fantastic device for connecting with groups you’ve already identified as potential consumers or voters, but what about those groups you haven’t predicted or have no data yet to mine? That’s where the unparalleled reach of a mass medium like radio will always be essential.

So, the next time you’re thinking about doing something innovative and effective, think radio!  In the marketing world, there’s always time to course-correct and bring new consumers to the brand. In the political world, however, it’s winner take all. And every vote counts.

Stacey Lynn Schulman oversees all strategy, analytics and research for the Katz Media Group, leading a team of professionals across the Katz Radio (KRG) and Katz Television (KTG) divisions to provide world-class audience and consumer analytics for Katz partn…