Representation-Wise, Super Bowl LIII Ads Were All Over the Place 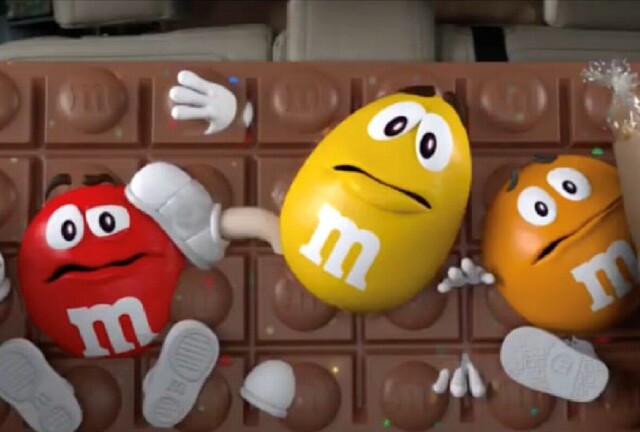 It’s no secret that those of us who aren’t as interested as others in the biggest sporting event of the year still tune in to the Super Bowl for, if nothing else, the (hopefully) amazing commercials.  A lot of them are high-budget, social media convo-bait, and others, like much of pop culture in general, are a reaction to the world and its current collective turmoil.  It’s a litmus test of sorts -- a televised mood ring.  It was in this vein that I watched the commercials that were telecast during Super Bowl LIII, because Lord knows there’s a hell of a lot going on right now.

Not that too many of us need a refresher, but last year wasn’t great, and most, if not all, of the socio-political issues that plagued us then still plague us now.  And while last year’s game was as exciting as a Super Bowl showdown gets, leaving the hype of the annual advertisements to come in second, 2019 was a different story.  A lackluster game (at best) left many an eye trained on an onslaught of ads from the usual beer and automotive suspects, and while I wanted to come away feeling like advertisers “got it,” so to speak, I got a much stronger impression that they were issue-dodging.

Representation-wise, it was a mess.  Maybe it didn’t feel like it to some -- I don’t know -- but I barely remember a handful of commercials starring people of color, and I’m including the one with the M&Ms (they are brown, on the inside at least).  Point being, besides Cardi B and Lil Jon’s Pepsi commercial with Steve Carell, that 2 Chainz and Adam Scott Expensify commercial and that Doritos commercial starring Chance the Rapper and the Backstreet Boys (pictured below), what else was there, really?  Craig Robinson?  Sure, that might sound like a lot, but remember these are literally the only three or four commercials starring high-profile people of color that I can even remember. There were at least fifty “Official Big Game Ads” this year.  At least. 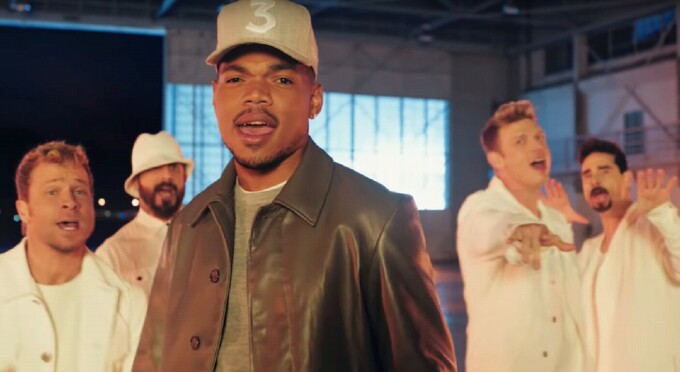 In my circles, the big conversation surrounding the game this year was the coveted halftime show performance, and what it would look like given the tense climate on and off the field.  It’s a pretty simple situation to grasp, actually.  Off the field, people of color, specifically black men and women, have been getting unjustly shot and killed during “incidents” with police officers across the nation, and while some situations are more nuanced than others, and some are as cut and dry as straight up murder, the resounding reaction by anyone with a brain has been that the killing must stop.

On the field, American activist and now ex-NFL player Colin Kaepernick chose not to stand during “The Star-Spangled Banner,” as opposed to tradition, during a 49ers preseason game in 2016. In a later interview, he explained, "I am not going to stand up to show pride in a flag for a country that oppresses black people and people of color.  To me, this is bigger than football and it would be selfish on my part to look the other way.  There are bodies in the street and people getting paid leave and getting away with murder."  Since then, Kaepernick’s allegedly been blackballed by the NFL, a move many took to mean that the sports behemoth didn’t support Colin’s cause -- a cause that mainly aims to see less people of color murdered every year by the people their taxes pay to protect them.

This brings me to the halftime show and commercials again.  Travis Scott, Maroon 5, Big Boi -- yes, each of these artists are famous in their own right, but other than the fact that they all do music, ask yourself: “Why these three?  Who exactly is this grouping for?”  If your answers were “I don’t know” and “no one,” then you’re absolutely right.  This is what happens when no one wants to touch your event because, for those willing to say no to the check, it’s an unquestionable moral issue.  It’s the reason we got that overtly random Stella Artois commercial, featuring Sex and the City’s Carrie Bradshaw and The Big Lebowski’s The Dude, and it’s the same reason why the ads that weren’t selling beer and cars were doing a more generalized “We’re all on the same team” type of thing.  No one wants to touch the real topic, and the group that’s not scared away by the possibility of bad press is a mixed bag.  So, we cover up the elephant in the room with nostalgia-fueling wallpaper.

I’m not saying that there’s something wrong with Google’s inclusive “100 Billion Words” ad, or that there shouldn’t be a commercial promoting a service that helps veterans find jobs (another Google production).  What I am saying is, why not make clearer exactly where you stand?  An NFL-funded commercial denouncing police brutality, or a one minute “In Memoriam” for the souls lost to these tragic acts, even if only those from the past year?  Not doing this, when the spotlight is so obviously on this issue feels like some “fine people on both sides” B.S. to me.

All that said, I watched Super Bowl LIII -- the commercials, half-time show and all -- and maybe that’s the problem.

Outside of the issues, the only commercials that truly matched or exceeded my expectations belonged to Olay, Dietz & Watson and Bud Light.  Olay’s #KillerSkin ad killed it with a horror movie-themed advert, starring Sarah Michelle Gellar; Bud Light tricked me with a commercial that switches halfway through, from a beer commercial to one for the final season of HBO’s Game of Thrones, and Dietz & Watson perfectly placed the very cheeky Craig Robinson (The Office) as their spokesperson for Dietz Nuts.  The latter was beautifully set up with titles like “Craig Robinson Likes Dietz Nuts” and lines like “Hey, Chris. How do Dietz Nuts taste?”  That’s how you write a commercial.