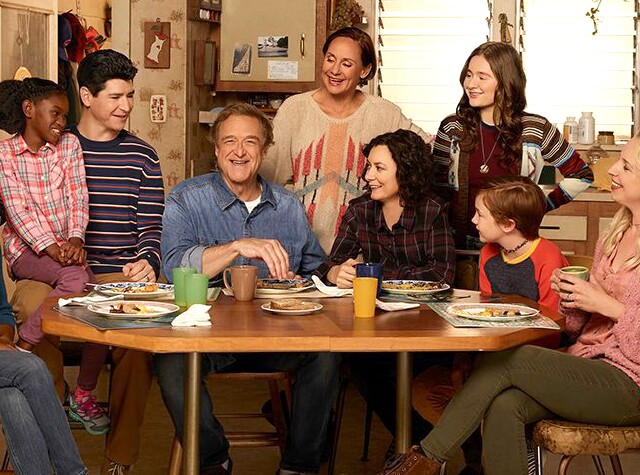 The premiere of The Conners on Tuesday night made me sad.  Real life drama aside, the character of Roseanne Conner has been hovering in and out of American popular culture for 30 years, and there hasn’t been another like her during that time.  Over the decades Roseanne and her family came to mean a lot to tens of millions of Americans who rarely see themselves represented on television – working class people who are crushed under the heel of government taxation and exploitation and who spend their entire lives simply trying to provide for their families and remain financially afloat, often without success.

With the confirmation of television’s worst-kept secret – that Roseanne was dead, the victim of her growing dependency on opioids to manage a painful knee problem the family could not afford to have properly treated, because that’s how health care impacts the working class – we have lost the most polarizing character on television since Archie Bunker.  Like most of them, Roseanne reflected the liberal values that dominate the businesses of entertainment and academia.  But, fascinatingly, she also had a strong conservative streak, one that seemed to intensify with age and ongoing frustration over her family’s lot in life.  When the sitcom Roseanne was revived earlier this year -- and instantly became the highest-rated series on primetime broadcast television, as it had been back in the late ‘80s – the character Roseanne was (like the actress who portrayed her) an ardent supporter of Donald Trump.

And suddenly, for the first time since the ‘70s, when the Bunkers were the first family of American television, we had a show that dared to explore and comment on politics, popular culture and most of all the economy as experienced in the average working-class household, ably enhanced by brilliantly comic writing that allowed liberals and conservatives alike to laugh at each other and, of more importance, themselves.  Roseanne was as needed today as All in the Family was when it debuted on CBS in 1971, when the tumult of the ‘60s was still very much a part of everyone’s everyday life.  All in the Family instantly shook everyone who watched out of themselves and initiated important conversations among families and friends and between generations in ways that that no scripted series ever had before.

As its top-rated, nine-year run continued All in the Family kept all kinds of dialogues going without ever once seeming preachy, a problem that is crippling the continuation of Murphy Brown, I’m sorry to say. Nobody likes to sit down to a lecture at the end of a long day.  (Side note:  I recently attended a taping of an upcoming episode of Murphy Brown featuring Bette Midler, and it was very amusing throughout, in part because it avoided any speech-making on the part of any of the characters as they navigated romantic developments in their personal lives.  It felt very much like the Murphy Brown of old, but fresh and new.)

Sadly, Roseanne the character won’t get the chance to learn from the world around us, or teach her family a few things along the way, as Archie Bunker did throughout nine years of All in the Family and four of its continuation, Archie Bunker’s Place.  Speaking of the latter, watching the Conners react to the loss of Roseanne had me thinking about the death of Archie’s wife Edith, which happened before the start of the second season of Archie Bunker’s Place.  Edith (played by Jean Stapleton), still one of the most beloved comic characters in the history of American television, had died quietly in her sleep before the season began.  Though still traumatic, the peaceful and completely natural nature of her passing helped soothe millions of viewers, whereas having Roseanne pass as a result of popping too many pills does not seem especially fitting, given what she meant to so many people on her show and in real life.

The Conner family looks like it will collectively carry on just fine without Roseanne, regardless of how much viewers will miss her.  The Bunkers, on the other hand, were devastated by Edith’s death, especially Archie (Carroll O'Connor, pictured below with Stapleton).  The two episodes of Archie Bunker’s Place that dealt directly with the family’s loss were laced with humor but nevertheless difficult to watch, as there was genuine grief on the screen – something I didn’t really notice on The Conners(though I imagine each of them, especially Dan, will have more to work through as the season progresses). 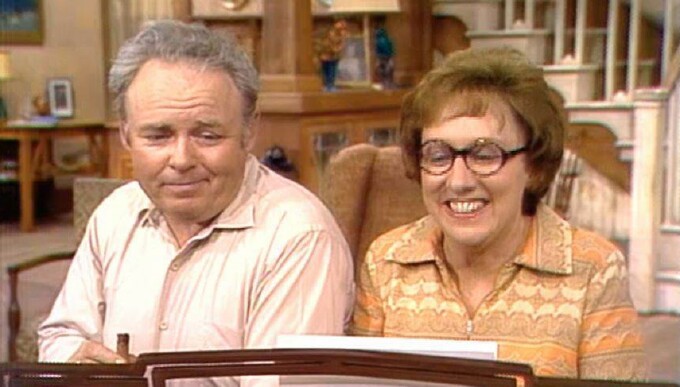 In one of the most unforgettable scenes in sitcom history, Archie, having discovered one of his late wife’s slippers on the floor of their bedroom, took hold of it, sat on their bed and began talking to her.  This was a man who suddenly felt utterly lost and alone without his companion, despite the fact Edith’s niece was living with him (and dealing with her loss in her own way) and he had friends all around him helping to run the title establishment, Archie Bunker’s Place.

“It wasn’t supposed to be like this,” Archie said, softly speaking to Edith as though she were in the room.  “I was supposed to be the first one to go.  I always used to kid you about you going first.  You know I never meant none of that.  That morning when you was laying there, I was shaking you and yelling at you to go down and fix my breakfast.  I didn’t know.  You had no right to leave me that way, without giving me just one more chance to say I love you.”  By the final sentence Archie was sobbing, holding the slipper to his face.  It was just another masterful moment in a remarkable 13-year performance by Carroll O’Connor that has never been equaled in any other comedy program.

As a sitcom episode that dealt with the death of one of its major characters,The Conners didn’t hold up to those unforgettable episodes of Archie Bunker’s Place – or, for that matter, to the season four premiere of Good Times (a spin-off from Maude which was a spin-off from All in the Family) when Florida Evans, quietly reeling from the sudden death of her beloved husband James, held in her grief so as to be strong for her three children, only to suddenly snap, smash a punch bowl on the floor and cry, “Damn! Damn! Damn!” – a moment that still gives me chills when I think about it.  But The Conners nevertheless had an impact that no other comedy today likely could manage.  So, in that respect it accomplished what it set out to do.

In fact, it left me wanting to see more, which may have been the greatest accomplishment of all.