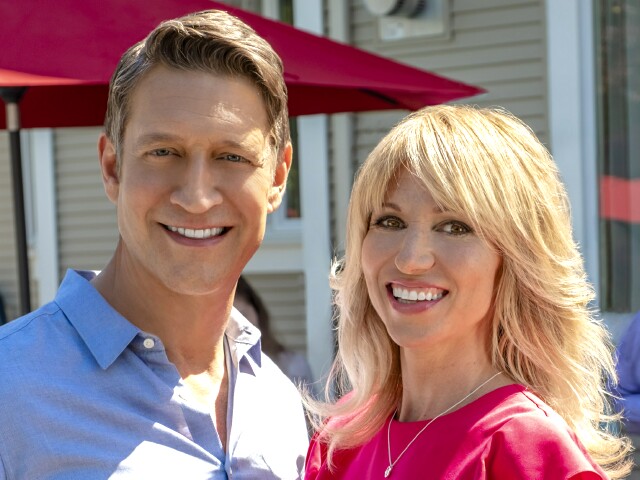 When the offer came to film last year’s Hallmark Channel hit Summer of Dreams, dashing actor Robert Gant had no inkling how successful it would be, or that a year later he’d be promoting its sequel, Wedding of Dreams, premiering this weekend.  But that’s exactly what happened.  The original movie allowed him to cross two items off his career bucket list -- working with Debbie Gibson (with whom he instantly bonded on a red carpet years ago and has remained firm friends) and fulfilling one of his family’s wishes.  "Honestly, for years my family would always say, ‘Were so happy you're doing this or that,’ and it would immediately be followed by, ‘Can you ever do anything for Hallmark?’" he recalled with a laugh during an exclusive interview with MediaVillage.  “I'm really not kidding -- every single time.  It was surreal making the call [home] to say I got the first one.  My mom asked me twice to clarify and repeat it.  She was like, ‘I don't understand; you're actually doing a Hallmark movie?’ My mom really had a hard time processing it was really happening.”

In the original film, Gant appeared as Noah Burns, a mild-mannered Ohio high school guidance counselor, who falls head over heels for former pop star Debbie Taylor (Gibson), who’s distancing herself from a successful career in favor of teaching music at his school. Wedding of Dreams picks up the blissful life the couple is sharing until Debbie finds her career ablaze again.  Now, with a wedding on the horizon and an all-important career opportunity looming in Los Angeles, Debbie is forced to make some tough choices, leaving Noah to ponder if their simple life will ever be enough for his entertainer fiancé.

"I love the journey that these characters get to take," Gant said of the sequel.  "It feels like it's gotten much richer and deeper and deals with things couples have to.  With every relationship you have the things that draw you together, the things you share, the love, then you have to find a way to reconcile the things that aren't as immediately lined up.  How do you blend them?

"That's what's really happening in the film," he added.  "They're trying to find a balance between varying interests and, unlike for many couples, one of the people in the relationship is a huge pop star.  That really heightens the stakes of what a couple has to deal with." 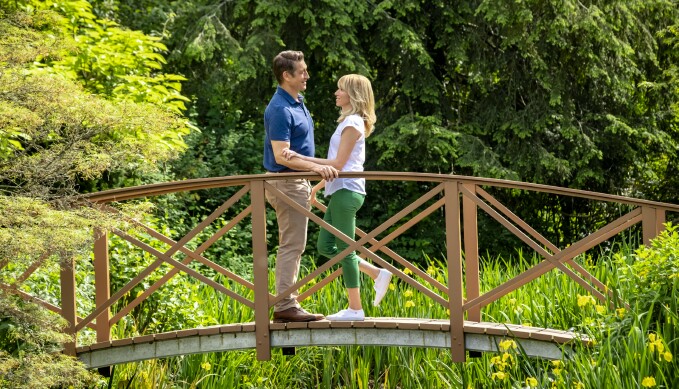 Given the success of Summer of Dreams, news of a sequel shouldn’t have come as a surprise to Gant.  In fact, Gibson (who also served as an executive producer on both projects) was formulating it before the first movie had even been telecast.  “I don't know how often sequels really happen,” he admitted.  “Debbie is such a visionary that I remember when filming ended [on the first one] she said, ‘We have to do a sequel!’  So she had started talking about it and was already thinking about what it would be.

“We were having such a great experience," he continued.  "She's such a go-getter, an incredible light, and a beautiful ball of energy.

“Honestly, it’s really is an honor to [work] with the Hallmark folks,” he said.  “I love that at a time when so much television is really experiencing a shift, to see this network flourish and grow really speaks to its message and focus.  It's about positivity and things working out.  It's not all doom and gloom because things do work out in life and people are happy a lot of the time -- so why not focus on that and show the possibilities?”

Being serenaded by Gibson in one scene certainly bought a smile to his face.  “I don't want to give away too much,” he laughed.  “But I was a fan of the song [she sang] and had always loved it.  Shooting that scene was surreal.  It hit me that she’s sung that song in front of like gazillions of folks and I didn't think about it until the moment it was happening.  Here she was singing it to me, and thanks to the beauty of filming, more than once.  That was fantastic!”

There's no doubt Wedding of Dreams will continue the franchise's success, and with Gibson already talking about another installment, Gant’s fingers are crossed. "Debbie actually joked about doing a honeymoon in Paris," he smiled.  "There she goes, already creating a new idea.  I don't know If Paris is a reality, and I'm not holding out for that, but I’d do another one in a heartbeat."

Wedding of Dreamswill be telecast Saturday, September 8 at 9 p.m. on Hallmark Channel.