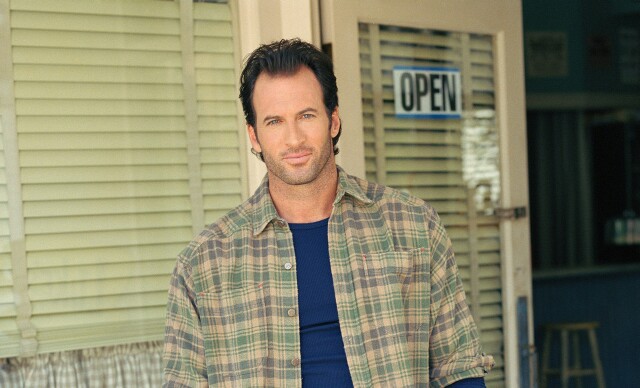 UPtv’s GilMORE the Merrier, a 24/7 binge-a-thon of all 153 episodes from seasons one through seven of Gilmore Girls, returns to the network this Thanksgiving for its fourth consecutive year.  Scott Patterson, who played diner owner Luke Danes on the series, is also back for a second year as host of the programming event to share behind-the-scenes insights into the series’ production.  Since its October 2000 premiere on the long-gone network The WB, Gilmore Girls has gone on to achieve cult status, continuing to accrue fans globally.  For Patterson, returning to host the binge-a-thon is the perfect way to refresh his memories of the show and recall some moments even he may have forgotten.  “A buddy of mine at Warner Bros. (which produced the series) asked me to do this, and who wouldn’t want to?” he laughed during an exclusive interview with MediaVillage.  “I thought it was a great idea as I was on the show for its entire run.

"Gilmore has become a religion to people and they’re grateful that they have an excuse to binge-watch the show," he continued.  "People take vacation days to do this, so I guess it is a commitment per se, but it’s an enjoyable one.”

Since the show went off the air in 2007 (having moved in 2006 to The CW), it has continued to find new generations of audiences (via UPtv and Netflix, the latter having produced a four-part limited series in 2016 that continued the story).  Its generational appeal is something Patterson has experienced first-hand.  “I do a lot of conventions now and travel all over the world for them,” he explained.  “Since Netflix got involved in 2016, this show has gone viral and new generations keep experiencing it.  The reactions [to it] are even more passionate.  It’s extraordinary.  I get 80-year-old women who never attended conventions, with their grandchildren … sometimes four generations will be standing in front of me wanting pictures and autographs.  They literally start shaking.  I don’t think anyone could have anticipated this; it’s reached a status where it’s become culturally iconic and very special.”

According to Patterson, he always knew he and his castmates were creating something amazing.  “Having been on enough sets by that point, I could recognize things like, is this the right crew?  Are these the right people?  It was just a vibe,” he shared.  “From my first reading, the vibe was really good.  I recall at the first season Christmas party, Lauren (Graham, who starred as Lorelai Gilmore) and I were outside talking.  She thought the show might go for three years.  I said five.  But it took off and I believe it was because of the interpretation of these characters and the actors that gave them life.  It was great casting, up and down the line.” 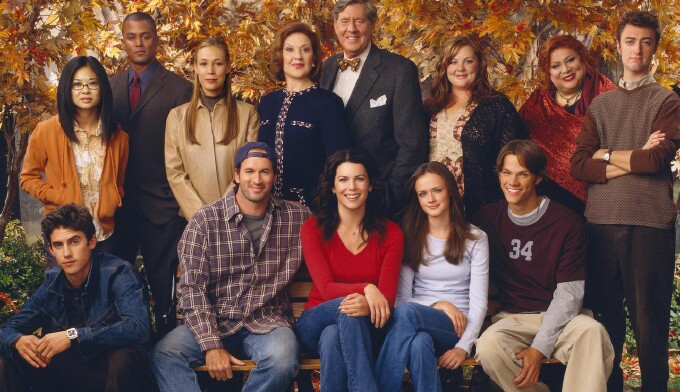 In hindsight, Patterson believes the cast was never properly rewarded for their exemplary work.  “We never really got any credit [for] bringing these characters to life,” he asserted.  “We weren't recognized by anyone – not the Emmys or Golden Globes.  The two leads were recognized, and credit to them, but there were so many other people on the show that deserved recognition.  I believe it should’ve been showered with awards for the work we were doing.  That’s why I appreciate the fans so much.  They recognize it.”

The series will mark its 20th anniversary next year, but Patterson says there are no plans as yet for a celebration.  But should he be available and should someone “want to throw in some cash,” he’d be down to a return to Stars Hollow in some form.

In closing, he did have some strong advice for anyone about to embark on UPtv’s GilMORE the Merrier binge-a-thon.  “Go to www.ScottyP.com and order some of my coffee,” he laughed.  “It will keep you awake and alert, and it’s healthy.  We just introduced a wonderful new house blend with a healthy additive, a superfood antioxidant, that’s also eco-friendly and good for you.  It tastes great and will definitely enhance your viewing experience.  And hey, you can have coffee by Luke while you’re watching Luke.”