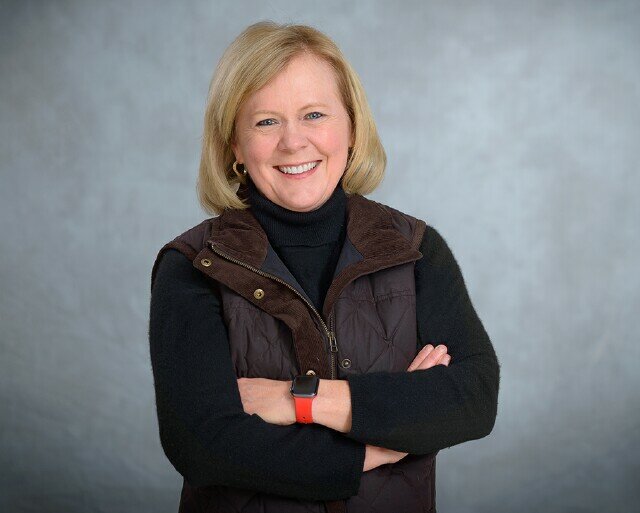 Almost six months ago, on January 7, to be exact, The E.W. Scripps Company finalized the acquisition of ION Media and was then able to bundle the ION television network together with the previously acquired Katz Networks (Court TV, Court TV Mystery, Bounce, Laff and Grit) and the OTT news channel Newsy to create what Scripps Networks President Lisa Knutson refers to as "a free TV powerhouse."

At a time when so much focus is on pricey pay television and the launches of so many streaming services, Scripps' swift success with its networks has been, in a word, impressive. "We have created in many ways one of the largest portfolios of over-the-air brands of any company in the U.S.," Knutson noted in a recent interview. The momentum is going to continue: On July 1 the company will launch two additional networks -- Defy and TrueReal -- and on October 1 plans to launch Newsy brand over-the-air (OTA, while maintaining its OTT presence).

Credit the growing interest in cord-cutting and self-bundling, which are especially popular among Millennials and members of Gen Z, with Scripps Networks’ success so far. "We see the total number of antenna homes growing in the U.S.," Knutson explained. "We see people cutting the cord and moving to streaming services, and free over-the-air TV is such a great complement to that."

Further, as speculated with the announcement that Discovery, Inc. will soon merge with WarnerMedia, and hints of further mergers bubbling up in the press, the number of noteworthy mega-streamers may soon be on the decline. Knutson mused that we might "get down to maybe the Big Four streamers," and suggested that the Scripps OTA networks "are exactly the perfect complement" to that. It's all about the right antenna in the right location, which is no longer on the roof. "If you're paying for a streaming service and pairing that with free over-the-air television, [with which] you can get 100 channels in some markets, 'free' is a very compelling consumer proposition," she said.

Advertisers as well are responding to the opportunities offered by the Scripps Networks, which as announced from the start are sold in a portfolio. "It's really about maximizing our advertising revenue through better yield management," Knutson said. "We are selling the networks as a collection of really attractive demographics together and/or individually. So, we have something for everyone in terms of advertisers, depending on the brand marketers’ needs. We had some very early and big wins with some of our cross-network buys from blue chip advertisers."

“Our secret weapon," she continued, "is on the direct response advertising front. The Katz networks built a tremendous business over the years selling in the direct response space, especially with some of the networks that are tailor made for that space. We're being very well received in the buying community as a portfolio of networks. We're up over 10 percent year over year to date."

In less than one month, Scripps will add Defy and TrueReal to its free television network group. They represent the company's "first foray into reality television," Knutson said, with programming comprised largely of 70 different A&E original reality shows (totaling almost 6000 hours of content) that have never before been seen on broadcast television and were licensed to create the two networks. "TrueReal is a female-centric, reality-based network," with shows like Married at First Sight, she explained. "Defy TV is a male-focused network, with programming such as American Pickers and Pawn Stars. With our exclusivity to carry them over the air we think these two networks are going to be very well received."

October 1 will bring with it the launch of Newsy as an OTA network. "Newsy today is on nearly every OTT or connected TV platform," Knutson noted. "We saw an opportunity to take advantage of our scale [after buying ION Media] to have Newsy distributed over the air. We’re projecting that Newsy will launch in over 90 percent of the country -- that’s nearly every television home overnight. We think that is a very smart strategy. Newsy's distribution OTA will make also it the only American TV news network with ubiquitous OTT and OTA distribution.”

"Newsy is not just about reciting the facts, it's about setting context," she continued. "We're going to in many ways dare to be different than some of the other national news outlets in terms of the kinds of stories that we tell, even the length of the stories. You're not getting people yelling and having disagreements. It's about giving context to what's happening and letting people make up their own minds and form their own opinions. We have said that we want to inform and not influence."

On the news front, a high point for Scripps during the last six months was Court TV's highly-touted coverage of the trial of Derek Chauvin, which helped put the network back in the spotlight. "Some people didn't know Court TV ever went away, and some people didn't know it was back," Knutson recalled. "We saw such growth in our ratings -- record ratings as high as 10 times what we were seeing prior to the trial. Court TV's audience was up more than 20 times for the pre-trial with jury selection, and more than 40 times for the verdict. More than 400,000 viewers, the most since the network relaunched, tuned in on April 20 to watch the actual verdict. We really believe in the role Court TV plays as an important journalism and public service brand. I think that was on full display, in terms of petitioning to get cameras in the courtroom for what can be considered one of the most important trials of this century."

On the entertainment side, Grit, which features Western-themed movies and classic series, has been another fast-growing success. "We have seen growth in Grit's primetime ratings year over year, quarter over quarter (Q1 20 Q1 21). On the revenue side it's growing tremendously. People want something that is familiar, like comfort TV, and I think some of these westerns certainly fall into that category."

And speaking of comfort TV, it has clearly grown as a genre during the pandemic. "When you look at some of the most popular shows on the streaming services you see that they are classic TV shows," Knutson said. "Certainly for 2020 some of the most-watched shows on streaming services were just that. Scripps Networks provides viewers with access to some of the most popular shows in TV history. It's high-quality programming in binge-able blocks that we have dubbed escapist or lean-back entertainment. People watch for hours … and they also watch the commercials!" That translates to strong length of tune on ION and the others, she explained. "There's not even a close second."