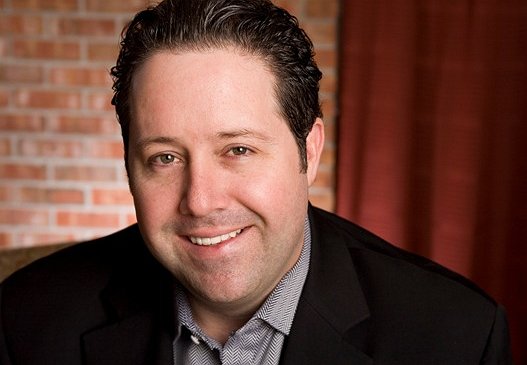 So an Irish Catholic and a Modern Orthodox Jew walk into a bar … Though I don't quite recall my first meeting with Sean Finnegan, that was the likely scenario. I can practically guarantee there was a Guinness beer involved with a remarkable trick that "Finny" milked for years where he could down a "brewski" without the use of his hands. It really was quite impressive. I was sticking to my signature drink, tequila, neat, no salt.

There are a handful of people in the digital advertising industry that can be considered true founders. Over the past two years, we've lost far too many of them from Tim McHale to John Durham, to Moritz Loew and Joe Gallagher (apologies to anyone that I may have missed). Now we have lost another, Sean Finnegan, suddenly, without warning. And because he was a pervasive presence through decades at industry events, in Cannes, SXSW, CES and through his charitable work at The Tom Deierlein Foundation and the AAF, to name just a few, his absence will be equally pervasive.

I met Sean nearly three decades ago while I was co-founder and Digital Media Director at OgilvyOne and he was Digital Media Director for our sister WPP company, J. Walter Thompson. We quickly became friendly rivals, always trying to outdo the other showing off our latest tech acquisitions. I'll never forget his joy when he called from the Ogilvy elevators, showing off his brand new Palm 7, which at the time was the breakthrough technology in a smartphone, never letting me live down that he had it first. We'd continue this throughout the years, especially when he put me in the role of Emerging Media lead at OMD. That's when he started calling me "Emergio."

Sean's talent was never in the details, which he would readily and often admit. His penchant for slyly texting on his Blackberry during meetings was infamous. But his talent was finding the perfect people to fit each specific role. Connecting people, caring about those people and nurturing their careers and never losing touch was his business. There are more than a few connectors in our industry, but only a select subset does it for the joy of helping people versus the economic incentive. He was one of those few.

While it's easy to get caught up in all the incredible stories about his joie de veuve, his impressive professional accomplishments should not be overlooked. Under his purview, he grew OMD Digital and then Omnicom Media Group into a powerhouse global digital media player. In addition to spearheading and winning major pieces of client business, such as United Airlines, his role in the acquisition of SEO experts Resolution Media quickly brought the agency into a leadership position in the performance marketing arena. Says former Resolution Media CEO Matt Spiegel, "Sean made selling to OMG possible. At a time when many of the large digital agencies saw search marketing as uninteresting, Sean was a passionate advocate in selling these new capabilities to clients. His push to the roster of OMG clients helped Resolution grow by at least three times in the first years inside Omnicom."

In 2006, he brought Scott Hagedorn, then Chief Digital Officer at Rapp Collins, an Omnicom-owned direct response organization, to OMD, beginning a decade and a half era of innovation, technology building and data-driven performance marketing which formed the world-class data organization Annalect and the programmatic platform Accuen -- ensuring that Omnicom Media Group stayed relevant and a leader as the digital transformation accelerated. "Sean and I were first introduced during a joint pitch for the U.S. Army. We realized that we had complementary and different skillsets. Plus, he promised that working on the media side would be a bit more fun than CRM." As the industry evolved, Hagedorn credits Sean for having the foresight to embrace data. "He saw and embraced the pivot point of data coming, but never lost the elements of what made the industry fun."

Like the celebrities with whom he so enjoyed working and socializing, Sean achieved one-name only recognition in the advertising world. If you said, I just spoke with "Sean," it was immediately clear who you were talking about. And he did love the celebrities. From his good friend Anthony Michael Hall to the Jonas Brothers to the doubletakes that everyone did on the Croisette in Cannes as Sean was walking side by side with football great Brett Favre, you never knew what or whom you would get when you met up with him. But here's the thing, it wasn't just a stunt. Sean truly cared for these people and while he was able to turn his celebrity relationships into a business, that was secondary. The friendship was first.

One of the most bizarre dinners of my life occurred in Hollywood where, along with Sean and his partner in "Chameleon Collective" and "The Room" Danny Fishman, we were joined by two of Sean's L.A. friends -- in addition to Boston Red Sox/Chicago White Sox baseball player Steve "Psycho" Lyons and Different Strokesstar Gary Coleman. Having had a bad day because a valued employee had been poached by a competing agency, I found myself being consoled by Arnold Drummond. Completely surreal. This is only one small story that was enabled by Sean, because that was his gift. He gave us lifelong stories to tell.

Apart from rising through the ranks at Omnicom and later holding an executive role at Publicis, Sean also was not an unknown face on the sales side from the original "pay for viewing ads" model platform All-Advantage to Vibrant Media and then TrueX which was sold to Fox. Sean was the rare breed that covered both sides of the media marketplace and did it well. He went on to found Chameleon Collective, a network of experienced consultants with Freddie Laker and Danny Fishman, and "The Room," a series of intimate sponsored dinners with key industry figures that would focus on one topic, again with Fishman.

My last call with Sean was around a week before he passed. He had started a VC, VO Media, that was investing in new technologies, and I was looking to raise funds for an Italian VR company, Invrsion, that I've been consulting with for the past year. He had started to focus on the Metaverse and was looking for new companies and opportunities to help businesses and people to connect and grow. I could hear the same excitement that I had heard in his voice nearly 30 years ago when he called me from that elevator bank.

I would be remiss if i didn't mention Farmer Sean. Over the past couple of years, he started to raise chickens and would post several videos detailing his care and the exploits of his fowl adventures.

His most important and everlasting accomplishment, by far, is his family. His wife Melody and seven children, Hunter, Morgan, Claire, Logan, Declan, Cuyler and Keefer meant everything to him. No matter how busy he was, he was there for their games, ceremonies and milestone events. Nothing, absolutely nothing in this world made him happier or prouder. Our love and hearts go out to them at this time.

Each time we are at an industry event, we'll turn and go, "Where's Sean?" Because for a split second we'll forget. Then we'll remember and, no matter how great or interesting the event, it will be a little less. You always did love the Houdini exit, but did it have to be so soon? May your soul soar. We know you'll always be guiding your beautiful family. May your memory always be a blessing to us all.

Sean's kids have set up a site for us all to leave our personal stories and memories. Please visit and let them know how Sean impacted your life. He was The Great Connector.