Show Biz, the Oldest Business, Came Through Once Again 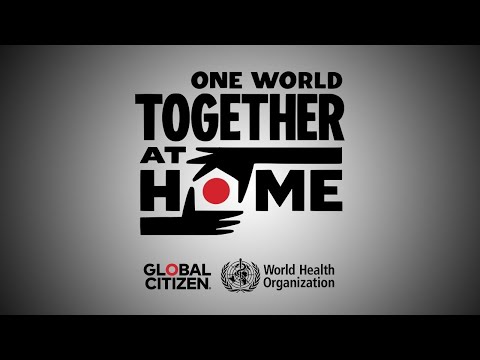 In the excellent ARF-Ipsos webinar about Brand Purpose, the point was made that the people, having lost faith in the ability of governments to solve the world's biggest problems, now expect big corporations to fix them. I've reinforced this in the last two months in my blogs and vlogs and especially in my impassioned Simulmedia interview and this RBDR video. I've urged brands to pay off those new public expectations during the pandemic by making donations to provide urgently needed healthcare supplies and by brand messaging in all media, chronicling the heroism of the human race in its darkest hour. I've called attention to a specific Budweiser spot as a role model, yet cautioned brands that creativity would be essential so all of these messages do not seem identical. Other brands such as Dove and others too numerous to mention rose to the occasion.

But these efforts, as glorious as they are, seemed to me not enough, that there was something much larger that could and should be done, but what was it? Lady Gaga, Global Citizen, and the World Health Organization answered my prayers and my question, taking over U.S. prime time for two hours with the help of many talented musicians, late night hosts, brand sponsors, and other noble-minded people, creating an Earth-shaking positive emotional event as a tribute to those who are daily placing themselves on the front line in this perilous interspecies war.

As Oprah said about the front-liners on the show, "One World: Together At Home". "They truly are the best of us." She went on to say that "We stand as One World," and vowed that we will lick this thing and do our best to keep it from ever happening again, "and if it does, we will be ready." Paul McCartney echoed that, asking the people to tell their leaders that they want a massive upgrading of the healthcare infrastructure to be fully prepared for any such future emergency. This is sure to become a campaign issue in this year's US presidential election.

It was touching to the core from beginning to end, done with grace. Another healing moment was when Laura Bush and Michelle Obama spoke as friends. America and the world needed to see that even in the world leader sector, common sense was not as absent as it has seemed, and that common sense today requires that the human race stand with solidarity, united as one, facing a common threat. The subconscious message came through loud and clear: inside every human being is a hero. Perhaps dormant and waiting to be evoked, but there, nevertheless. Heroes whose innovativeness and determination will not be stopped by anything.

I've long felt that the media, especially video, are destined to bring the world into a state of higher consciousness, where we shall all continuously sense our oneness. My work has always been aimed at inching toward that dream. Watching the show live last week and aware of the many minds around the globe hooked into the same place Lalita and I were at, I could not help but feel that a big distance was being covered in those two hours toward the realization of that vision of human oneness.

The oldest business, show business, did it again – came through with a powerful positive emotional boost the people desperately needed. Hooray for showbiz!

Best to all, Bill