Silos, Micromanagement, Bureaucracy and Fear Are a Lethal Combination for Business – Bill Harvey 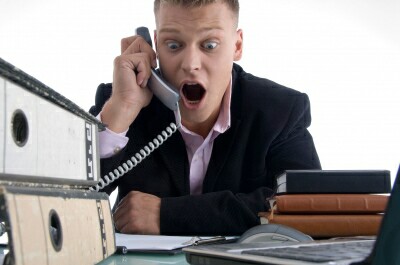 My great friend Kevin (not his real name) was always in the Flow state when I met with him at his company’s offices. He was high on his company. Since I had always respected the company myself -- as I do many companies -- at one point I made some positive remark about it, and his response showed how much he loved working there. They valued people, gave them a job to do, trained them well, and then let them run their department like it was their own Mom & Pop business — with autonomy, a budget, a set of objectives and resources. These were the reasons Kevin loved his job so much and did it so well. He was the guy who brought TRA into his company and was an innovation leader in digital back when that was sticking your neck out.

That’s what made it so surprising when he chose to leave the company, taking early retirement. His health and that of his family was fine and he planned to launch a second career in the current economic doldrums, so why did he leave?

When I asked him that the other day his answer was illuminating: As the economy started to slow down and domestic growth for mature brands became extremely difficult to maintain let alone increase, the company (like most others) right-sized. Lots of people had to be let go. They were treated generously. But after that there was a fear among those remaining that had never been there before. This only increased further in the meltdown of 2008.

Middle and top management in particular changed their mindsets, realizing that their high salaries made them prime targets for the next round of rightsizing. What to do? Like the people under them in the organization, everyone was keeping their heads down. The more visible risk of being an innovator was no longer appealing. The less obvious risk of non-innovation (even though a far more dangerous risk for the company) was the clear choice. But for the people at the top, another adaptation to survival was layered over that. They had to make themselves seem indispensable, and the way to do that (which seemed to occur to all of them) was to become wired into the work of the people they managed.

This led to not only micromanagement, loss of autonomy and collapsing morale, it also slowed down the process by which things got done. Besides slowdown, the quality of decisions was impaired, because people further from a close working knowledge were interfering in decisions with their own seen-from-afar perceptions based on abstract principles and separate agendas.

Silos formed and hardened as defensive forts trying to keep out the prying eyes of other departments in order to minimize risk and keep the head down further. Every voluntary communication of information to another person created a risk of more interference and more visibility.

Fear was the first force starting the chain of events. In a Flow state world, the optimal response would have been to nullify the fear once its message had been made clear and action plans laid to head off the feared outcome. Once you are doing everything you realistically can, and get into the Observer state, you see that fear is useless and counterproductive and you just get on bravely doing whatever it is you have to do. Fear sticks around, getting worse and imploding poisonously if you do not take action.

In my friend’s company, as in so many others, the root cause of the fear was not addressed and the cascade of effects ensued. Addressing the fear realistically would have meant a company-wide project to really study what was going on and come up with a pivot plan and then enthusiastically launch it. This is always the solution. This is leadership. It engages people and they are courageous and excited about the challenge and the plan to meet it. All challenges must be dealt with this way.

Innovation is an intrinsic part of any pivot, whether technological or not. Instead of more innovation, the unchecked unsolved fear situation goes the other way. In place of leadership, bureaucracy sets in. More people involved in the smallest decisions, no sense of autonomy therefore no sense of accountability, merely a dog-eat-dog sudden death environment, which is of course the lowest form of environment for work and the kind of context in which Flow state becomes virtually impossible.

Nowadays it is a rare organization indeed that has not fallen into the state described above. Those rare organizations outperform all others by a wide margin. Every organization must study and learn and then institute the pivoting method, engaging the entire organization. Those who do this sooner will grab away market share from the ones who wait.

The one keyword to take away is Autonomy.