Simplicity, Complexity and Nostalgia: Any Port in a Storm 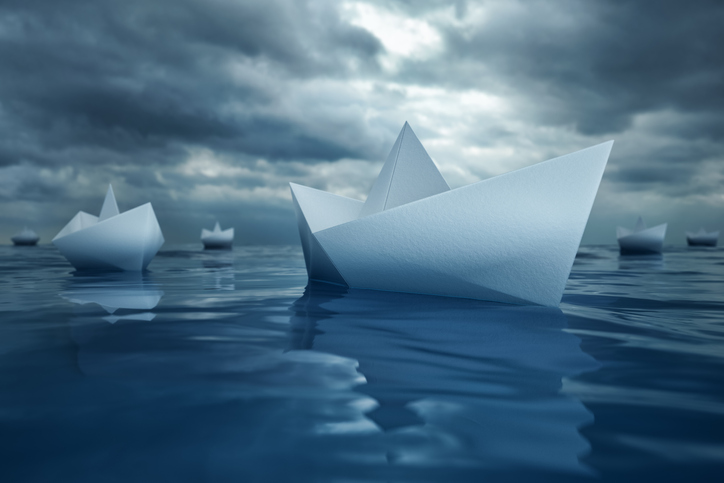 Peter Hubbell joins Jack Myers Leadership Conversations on July 2 at 1pm ET, along with Age Wave expert Ken Dychtwald and DDB Chairman Emeritus Keith Reinhard, plus an additional guest. Conversations will focus on "55+ Who We Are. Why We Matter. Why Aren't We Counted?" REGISTER NOW. It's times like this that have us yearning for simpler times and why not? When things tend toward the negative as they are now, we compensate by recalling positive memories from better times in our past. Aaah, remember those lazy, carefree days of our youth when summers seemed endless? There's no doubt that nostalgia is good medicine, especially when the present feels like it's getting increasingly more volatile and ambiguous by the day. But it does make you wonder if there's a perception versus reality dynamic at work. Were the good old days really that good and is simpler truly better?

Let's start with a universally shared positive memory: grandma's cooking. When it comes to everyone's favorite nurturing comfort food, no one's recipes were better than Nana's, right? I will always remember my grandmother for the elaborate Easter dinners that she hosted. I have very fond childhood memories of her endless array of delicious offerings and eating all day to my heart's content. But if I really think about it, the truth is that it was the 1960's and she was serving a canned ham topped with canned pineapple rings, mushy vegetables prepared in a "modern" pressure cooker, and a variety of differently colored Jell-O salad rings. The same "lavish" Easter dinner by today's standards would include locally sourced items like an artisanal country ham, wild mushroom risotto, cauliflower gnocchi with kale-cashew pesto and of course, a slice of cherry clafoutis for dessert.

By way of this one example, maybe things weren't really better as we remember them and certainly not all that simple either. So why do we recall them with a fondness that's so far removed from reality?

Memories get better with age

Memories make us who we are. On a primal level, being able to remember who we are, who others are, what's dangerous and what isn't are critical to our survival. Memories are also at the heart of cognitive psychology, the scientific study that explains how our thinking influences our behavior. One of its learnings is that memories get better with age which has us overly glorifying our past.

One of the ways that memories improve with age is that they get "re-written". According to research conducted by Northwestern Medicine and published in the Journal of Neuroscience, the very act of recalling a memory changes it.[i] In actuality, you aren't recalling the original memory, you're recalling a version of it derived from the last time you remembered it. Think of the implications – it's just like the old game of telephone. A memory from your childhood that's been recalled often gets progressively less accurate as a different version of it gets filed back in storage after each recollection. When you take the book off the shelf next time, it's like it's been re-written.

Lead researcher Donna Bridge described it as follows: "A memory is not simply an image produced by time traveling back to the original event—it can be an image that is somewhat distorted because of the prior times you remembered it. Your memory of an event can grow less precise even to the point of being totally false with each retrieval."

In that it's the tendency of a sane mind to be positive, it seems as though we are prone to adding glossy layers to our memories as we age. The past may not have been better or simpler, but the version of those memories that we choose to conjure up sure has us believing that the "good old days" were really great.

When we think of nostalgia, we tend to think of stereotypical objects or icons associated with past eras e.g. a mention of the 50's conjures up cliched images of sock hops, letter jackets, hair spray and milkshakes. But nostalgia is not about things as much as it's about feelings. We yearn for simpler times because we have a sentimental affection for our past that has nothing to do with reason. In this regard, nostalgia is pretty potent stuff. Psychologists will tell you that recalling positive memories of the past makes us perform better in the moment. Merely conjuring up some faint memories of the good old days can actually make you feel better and more confident today. Marketers have always understood the power of nostalgia, and as we proceed in these uncertain times, you can expect more of them to wrap their brands in a timeless kind of feel good that gently tugs at the heart.

We crave simplicity as we age.

The tendency to see the past as being simpler is also influenced by the desire for our current life to be simpler. Most people of age perceive that their life is getting more complex but the reality is that it's just changing in ways that they don't understand or like. Complaint number one? Non-intuitive technology as in why does it take three remotes to watch one television show? We could fill this column with a long list of the many things that technology has done to not only improve modern life, but to simplify it. The mega-trend that improved the boomers lives when they were younger was mobility, fueled by the construction of interstate highways. Today it's connectivity, powered by the internet. Despite the wonderful things that technology is doing to keep older people feeling connected and vital, they discount it because it's complex. It's easier to simplify than to solve the ambiguities of a modern world.

All things said, we find comfort in the past because it's a known entity in times of uncertain futures. It doesn't really matter if our recollection of that past has been gilded over the years or if the simple times, we remember were anything but. In the end, it's any port in a storm. Any solution to a challenging situation is better than none, so cheers to the "feel good" of knowing that the good old days will get even better next year.

[i]The Mary Sue: You remember that wrong: Brain distorts memories every time you recall them.