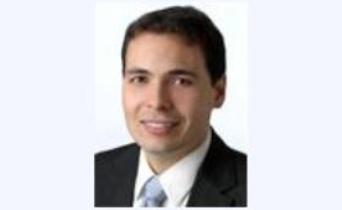 The accelerated growth of connected TVs is eagerly awaited by many within the media industry. As otherwise conventional video monitors increasingly possess capabilities to connect to internet-based services (which could in turn be integrated with conventional viewing experiences), a wide range of new opportunities await consumer electronics manufacturers, video distributors, programmers and advertisers alike.

There are, of course, rising numbers of connected peripheral devices such as gaming consoles or alternative set-top boxes (including Roku and Boxee). Mobile devices and laptops also provide an increasingly significant means of accessing internet-based content which runs parallel to traditional TV. And of course, today's set-top boxes are a means by which today's video distributors can offer connected services using existing software and hardware (but is less likely to incorporate as much innovation as can be found in devices consumers are able to buy on an unbundled basis).

Connected TVs could theoretically offer innovative internet-connected services to the widest possible audience given the ubiquity of today's television sets. But how real is this potential? To assess the opportunity properly it is first necessary to understand the market for connected TVs.

The Consumer Electronics Association, a US trade body, recently indicated that it expects 10.4 million "network-enabled" TV-like displays will ship during 2011. Extrapolating from this, we can envision that within several years, a sizeable majority of the30+ million TV sets sold annually in the United States will be network-enabled. Over time, this will translate into significant household penetration of network-enabled TVs.

What needs to happen in order to ensure that a high percentage of these network-enabled sets are transformed into connected TVs?

· More ubiquitous access to broadband services.Broadband service access remains relatively low in the United States, with 68% of homes expected to possess broadband internet access by the end of 2011, according to Magna Global. Affordability is an issue for many of the homes not presently accessing online services via broadband connections, and so a wider range of price points, service levels or bundles may be required in order to foster further expansion.

· Improved interfaces and consumer-interaction devices. Most existinguser interfaces and remote controls used to access the television set are provided by cable, satellite and telco-based video services. While it is possible to exit those services – for example, by switching the "input" via the video monitor's remote control – this involves some degree of sophistication or "tech-savvy." To that end consumers will require some education (beyond that which is provided in the user manual) about how to use their devices to the fullest.

· Killer apps.Ultimately there will need to be an underlying reason for consumers to want to connect theirTV sets. For some, single screen access to a video service such as NetFlix is a reason. For others, access to music or gaming via the video monitor will be a motivation. Undoubtedly, the most successful applications have yet to be developed.

Expanded broadband access, better in-home connectivity, and improved interfaces all relate to the relationships that today's video services providers are well situated to solve, if only because of the "feet on the ground" they already possess. Killer apps by themselves will not be sufficient to catalyze the market, and so the consumer electronics and video services businesses will need to establish business models that are mutually satisfactory for the market to reach its potential.

Once deployments are broader, a final major issue relates to fragmentation. Consumer electronics manufacturers will be able to expand their individual opportunities to the extent they co-operate in establishing common technological standards. This will facilitate deployment of identical applications across all manufacturers, which in turn will offer application developers, programmers and advertisers much larger scale in supporting connected TV services.

For the present time, the bulk of connected TV experiences will occur in parallel, as consumers have ready access to their computers and mobile devices. These are the devices which have the most scale today, and will offer the best opportunities for the industry to experiment, learn and deploy profitable new businesses until the time comes when the promise of the connected TV can be fully realized.

Brian Wieser is CMO of Simulmedia, an audience-targeted advertising network for linear television founded by veterans of companies including 24/7 Real Media and Tacoda. He can be reached at brian@simulmedia.com.