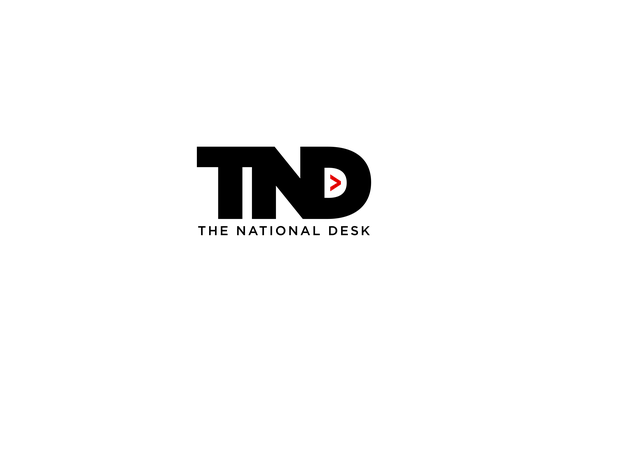 With a planned debut in mid-January of 2021, Sinclair recently announced the upcoming launch of their new morning news program, The National Desk. The National Desk will air weekday mornings from 6:00 a.m. to 9:00 a.m. EST (and all other USA time-zones, respectively) and will be available to viewers across Sinclair's CW and MY Network affiliates, as well as on STIRR, Sinclair's free OTT streaming platform.

Broadcasting from Washington, D.C., The National Desk marks a notable foray into national news reporting for the company, which is best known for its approximately 190 television stations that it owns, operates or provides sales services across the country, and its sizable investment in local news. As Sinclair's Senior Vice President of News, Scott Livingston, indicated in an interview for this piece that Sinclair looks forward to drawing upon its reporters and stations throughout the country to bring the most pressing news stories of the day to a national audience.

To this point, Livingston continued, "It is about the pulse of America; it's being able to take our viewers on a journey to the intersection of news and their community and offering an understanding of how news impacts them, which is really important." And for those designing The National Desk a comparative strength—relevant to the major news networks—is Sinclair's extensive base of journalists who live and work in the communities from which they report. As Livingston put it, "You're going to a reporter that's been in the market for ten years, and they've been covering [for instance] Seattle for a decade. And we can get their perspective on what's really happening there on the ground."

As for the show's personnel, The National Desk will be hosted by Jan Jeffcoat, who's previous anchor experience stretched to major markets like Chicago, Houston and Washington, D.C.  Jeffcoat will also be joined by Cayle Thompson, who previously worked at a Sinclair station in Seattle, at the show's live desk. Furthermore, Livingston described having all but finalized Sinclair's hiring of a team of 25 new editors and producers who will work on The National Desk.

A key feature that separates Sinclair's approach from that of many of its competitors in national news is its choice to broadcast The National Desk in the morning, rather than in the evening. As Mark Ginther, Sinclair's director of news and operations, described, "As you're planning out your day...morning is a time when you're still optimistic...here's somebody that's going to help you get organized for your day by pointing out some of the things that are going on." There is also the thought—as Livingston suggested—that mornings are a time when there might, indeed, be less competition for a potential viewer's attention: "Morning is the longest period of time without your phone. It's the longest period of time where you're unplugged." It's at that time, Livingston suggests, that potential viewers are best poised to focus on which news stories are most relevant for both their own lives, as well as the country at-large.

Also differentiating The National Desk from many of the news space's current mainstays is what Livingston and Ginther describe as its focus on providing context rather than commentary. Unlike evening cable news shows marked, first and foremost, arguably by their tendency to prioritize strong opinions and personality-driven reporting, The National Desk will endeavor to do the opposite and, instead, keep the emphasis on more level reporting. It is partially for this reason that Sinclair is optimistic that it will be able to reach a broad audience of viewers.

As such, in a time period that has witnessed a balkanization of the news media along ideological lines, Sinclair looks to join a handful of other news media projects (and personalities) that have positioned themselves in opposition to this trend. In a news environment in which those who identify The New York Times as their primary source of news break for the Democratic Party 91%-7% (and those who are loyal viewers of Fox News lean towards the Republican Party 93%-6%), Ginther describes an altogether different guiding approach for The National Desk. "We don't really care what your biases are because we don't cater to them. If you have a TV, you're going to want to watch us."

Lastly, as various commentators continue to discuss the perceived disconnect between New York and Washington-based journalists from the rest of the country, a reality that may be even more true in 2020 than it was in 2016, Ginther suggests that the local news foundation of The National Desk may provide a partial antidote. As he puts it, "As you look at competitors, they focus a lot on Washington, D.C. and New York. Again, the Sinclair strength—having stations in so many markets like San Antonio, Texas, which is one of the largest cities in the country and Las Vegas, Nevada, which is one of the fastest growing communities—we're going to get to the heartland."