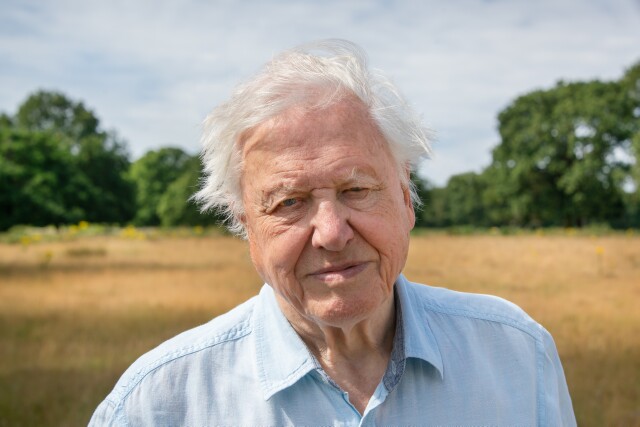 That singular voice with its plummy tones could only be that of Sir David Attenborough, who for decades has introduced us to the wonders of the world. Today perhaps it is a tinge thinner as he nears the century mark. Still, Attenborough remains reliably authoritative as he narrates A Perfect Planet.

As exquisite images of the tide rolling in, animals pursuing prey and lightning striking a mesa fill the screen, he announces, "There is only one planet in the universe, as far as we know, where there is life. The Earth, our home, the perfect planet." Just hearing Attenborough's dulcet tones while this perfect planet is shown somehow improves the lives of many of us on it. The first two episodes of the five-part series, Volcanoes and The Sun, produced by BBC and Discovery, stream on discovery+ beginning January 4. Oceans drops on January 10, Weather premieres on January 17 and Humans on January 24.

To promote the series, Attenborough recently met via Zoom with a handful of outlets from around the world, including MediaVillage. Surely, there are few better reasons to wake up at 4:00 a.m. on a frigid winter morning than to engage with the father of wildlife documentaries. Speaking from his home in front of well-stacked bookshelves, Attenborough stressed the urgency of action to reverse the destruction of Earth.

"Everybody understands, worldwide, that we are at a crucial point, that our planet is poised close to real big disasters," Attenborough warned. "We can stop them, but if we are going to stop them, we have to understand what they are and how they work. And that is what the series does."

Series producer Huw Cordey, a producer of the phenomenal Planet Earth who was also on the Zoom, explained that this series, four years in the making, eventually captured 3,000 hours of footage. It began with about six months of brainstorming.

As expected, it's the sort of spectacular nature documentary where viewers will want to share newfound knowledge. Did you know there are more than 1,500 active volcanoes on this planet? Or that volcanic islands make up just five percent of the planet's lands but are home to 20 percent of its species? 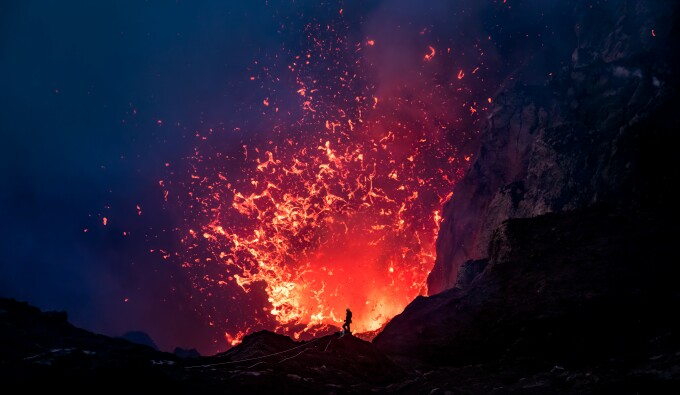 The series brims with fascinating nature stories such as this one revealed in The Sun. Fig wasps, teeny insects just 0.07 of an inch long, pollinate figs beginning with the female burrowing into the fruit, shearing off her wings, laying her eggs, then dying. Wingless males emerge after five weeks and mate with their unhatched sisters, reaching them with a telescopic penis twice their body length. The male then sacrifices itself to invading insects, allowing the females to fly away and begin the process anew in another fig tree.

As A Perfect Planet traverses the globe, the documentarians travel close to the North Pole to chronicle scenes of musk ox, remnants of the last ice age. During the Zoom call, Attenborough revealed he is content never to revisit the two poles. 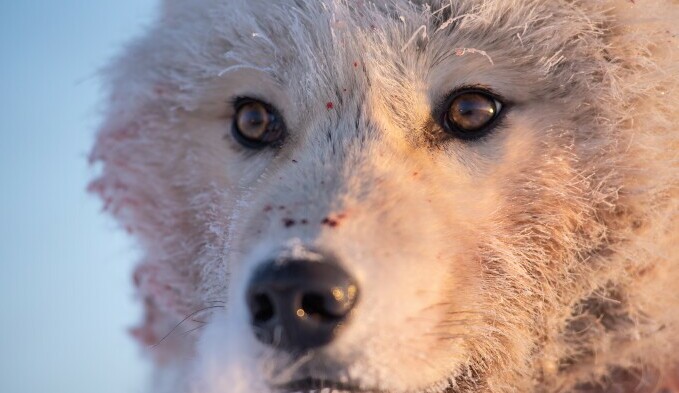 Incidentally, no one says "arctic wolves" quite like Attenborough. Within those three syllables are a soliloquy of possibility encompassing current dangers and ancient instincts. When a lone wolf faces a herd of musk ox, composer Ilan Ishkeri’s score builds to a crescendo as the fight escalates. When the action ebbs, the music is but a whisper, allowing the audience to collect itself.

This is part of the artistry of this series. In the Weather episode, a droplet of rain splashing off a tree frog is so lush it feels like a special effect. When fire ants craft a raft to ride, rather than drown in a flood sweeping the Amazon rain forest, viewers will find themselves rooting for the industrious insects. Yes, you really can cheer for ants.

Traversing Africa, we see the desert sculpted by winds and baked in the kiln of the sun. In the southern part of the continent where the Zambezi River flows across six countries, gigantic crocodiles stealthily wait to pounce out of the river and chow down on flocks of red-billed queleas.

The high-tech camerawork, a result of skill and patience, yields mirific shots. Panoramas of parched riverbeds, looking like God’s jigsaw puzzle, of animals pushed further to find food, of ice shelves crashing into the seas, share a common enemy – us! In the final episode, we’re reminded that we are the culprits of destruction.

In Humans, we see Attenborough as a young man, delighted to be frolicking with animals. "The planet I saw as a young man has changed beyond recognition," he says, as the film cuts to him today, a man who looks terrific at 94. "Human activity is now so dominant it is disrupting the forces of nature and the vital habitats that life needs to survive on Earth."

Today, humans release carbon dioxide faster than the cataclysmic explosions that extinguished life in the past.

"The first thing I keep reminding myself of is that there are three times as many human beings on this planet since when I first made a television program," Attenborough told us, looking exasperated, referencing when he began at the BBC in 1950. "This is not something that happened over eons of history. It is happening [right now], and if we don’t sort out how we deal with it, we are going to be in big trouble. The answer is, of course, that we can sort it out. It’s easy enough, if we all behave in certain ways. But to start with, you have to recognize the problem, and that is what this last program shows."

In the final episode, Senegalese women plant trees to stop the spread of desert. Some 12 million trees have been planted, and the goal is to create a 5,000-mile green wall across Africa.

"Right now, we have the capacity and knowledge to stop the damage we are doing," Attenborough stressed. "But what we don’t have is time. My inspiration and hope for the future lie with the next generation."

That hope is bolstered by an odd assist -- the pandemic -- which has forced people around the world to stop and take stock. Working on A Perfect Planet during the time of COVID helped focus the series’ mission.

"The pandemic has exposed our vulnerability," Cordey asserted. "This series is about how the world works and how perfect it really is."

Attenborough considered the timeliness of the series dropping now.

"The remarkable thing about it, is that it has made a lot of us suddenly become aware of the natural world in the way that we have not been before," said this man who arguably knows more about the natural world that just about anyone. "In our busy lives, we have been running around moving here, there, everywhere. And now many of us are stuck at home and some of us are lucky enough to have gardens and birdsong. This pandemic started last spring, remember. I have never listened to as much birdsong in my life and I think that applies to a lot of people. We realize our dependency -- emotionally and intellectually -- on the natural world in a way we have never done before."