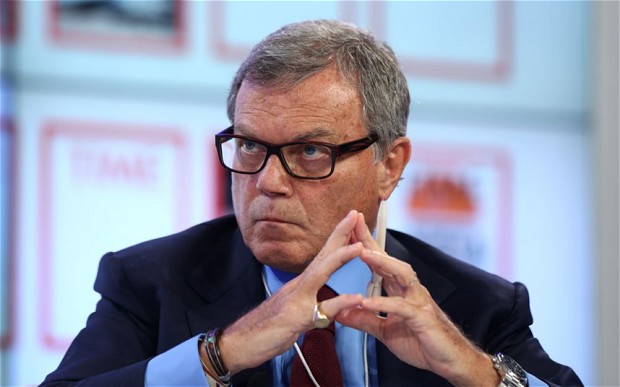 By now the world knows that Sir Martin Sorrell has left WPP, the business he founded 33 years ago.  I'm old enough to remember the ad world before WPP.  Sorrell transformed his industry, and there aren't many in any field who can legitimately claim to have done that.  Forests of newsprint and millions of pixels have been devoted to analyzing his legacy.  Was he a good or a bad influence?  Will he be missed?  Are we all better off without him?

Most of the comments have been generous -- but some have not.  There are those who seem to resent the amount he was paid.  There are others who say he hampered creativity.  To the first:  WPP shareholders have done very nicely over the years, even when the slide of the last few months has been taken into account.  To the second:  There are those of us old enough to remember the creative outputs from JWT, Ogilvy, Grey and Y&R pre-WPP.  They weren't exactly creative hotshots.  And anyway -- if you're running a creative agency how exactly has Sir Martin stunted your creativity?  By demanding some professionalism from your management team in how the business is run?  By personally vetoing copy?  Some of those moaning on now might look a little closer to home.  Holding companies per se don't ruin creativity.  I don't hear many complaints about the creative output emerging from AMV, as one example.

Sir Martin never seemed that comfortable around creatives -- but what's strange about that?  To counter, he was great around media people, encouraging, contributing and building what was the first modern agency-owned media network in Mindshare and then with Irwin Gotlieb creating GroupM, a whole new model for media agencies.

We can all argue that GroupM, OMG, Publicis Media and the rest have brought about a number of the problems facing the modern holding company -- but why is Sir Martin any more to blame for that state of affairs than John Wren or Maurice Levy?

So, what's next for WPP?  The reality is none of us know, despite Flock thinking it their place to give advice to WPP clients on what they should do as a result of Sorrell's leaving. (The digested version is, continue doing what you have been doing.)

I met Martin Sorrell very few times -- he struck me as focused, well-briefed, fiercely competitive and loyal.  (I know the latter from many who worked for him for many years.)  Yes, he micro-managed, but the flip side of that coin is that he was always interested, always available.

The man changed advertising from a cottage industry not even considered as a profession (some of you will remember that debate, too) to one that is taken seriously and even seen as newsworthy.

Whatever happens next isn't clear.  What is clear is that Martin Sorrell built a phenomenal business.  We can all pick holes in everything but let's just stop for a moment before playing the guessing game and acknowledge an unbelievable accomplishment.