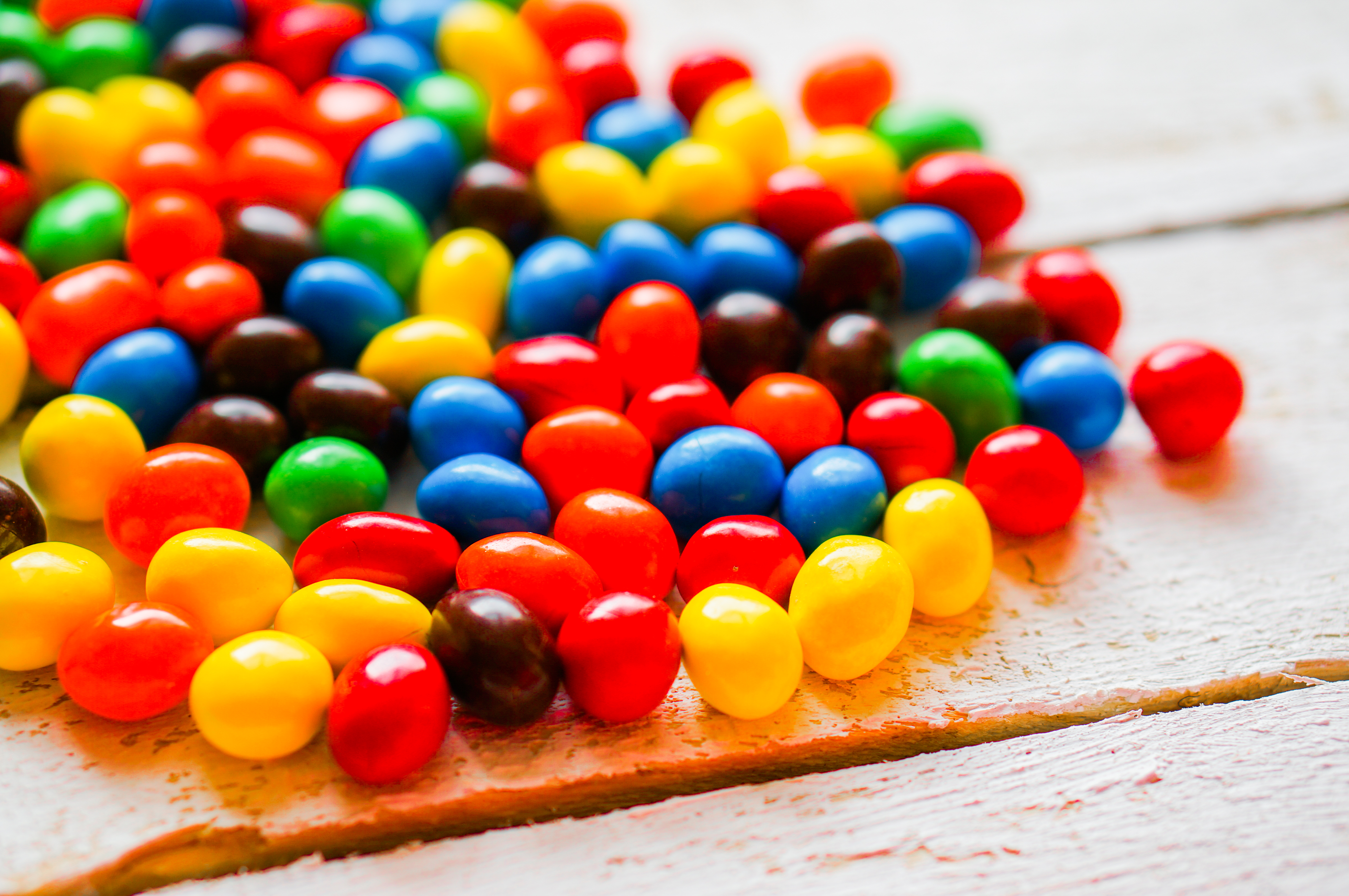 The latest wild twist in Campaign 2016 could be summed up in a tweet: "I imagine at the International Candy Con this year, the CEO of Skittles and the CEO of Tic Tacs will share a solitary, knowing, tired look." That tweet, posted by an author, Alisha Rai, refers to one of the most surreal aspects of this very strange presidential race: two big candy brands have found themselves caught up in the partisan rancor.

First it was Skittles, when Donald Trump Jr. compared Syrian refugees to a bowl of the colorful candies sprinkled with pieces that "would kill you."

Skittles, owned by the mighty Mars confectionery, responded with a forthright statement pushing back against the junior Trump: "Skittles are candy. Refugees are people. We don't feel it's an appropriate analogy."

Then it was Tic Tac mints' turn in the barrel, when on the now-notorious hot mic tape Donald Trump said he'd "better use some Tic Tacs just in case I start kissing" an actress, Arianne Zucker, waiting to tape a segment of "Days of Our Lives" with him. (I swear I can hear the Tic Tacs rattling in their plastic package each time I see the tape.) The remark set off a Trump train of thought that ended with him explaining how, "when you're a star," you "can do anything," including grabbing women by their private parts.

The statement didn't prevent quipsters from having fun. On Saturday Night Live, Colin Jost lent his comedic support to Tic Tac, explaining that the brand "should support women" because, thanks to Trump, now if "you're a woman and hear Tic Tacs shaking in someone's pocket, it's like hearing the Jaws theme." Other wags brought up the Tic Tac jingle from the 1970s that began, "Put a Tic Tac in your mouth and get a bang out of life." And Kurt Eichenwald, the journalist who has been writing so many revealing anti-Trump articles for Newsweek, offered this cheeky comment on Twitter: "Trump has lost both the Tic Tac vote and the Skittles vote. Boy, does he need a LifeSaver right now."

It's interesting how the candy brands got tangled up in the campaign when others seem to have dodged some bullets. For instance, the bus in which Trump was riding when he made his lewd remarks was emblazoned with large Verizon Wireless logos that are readily visible to viewers of the leaked tape, but there's been little buzz about that in social media. The bus was part of a promotion in 2005 between the brand and Access Hollywood called the Verizon Wireless Access Across America Tour; information about the promotion is still online.

Maybe the changes between then and now -- Verizon Wireless is now Verizon, and uses a different logo -- have kept Verizon from becoming singled out for attention. Or maybe candy resonates in the context of the election in a way that other products don't.

For one thing, there's the striking contrast between an innocuous, much-loved item like candy and the flaming Dumpster that the 2016 campaign has turned into. Candy also has a female or feminine connotation, from the Four Seasons song "Candy Girl" to the tasty treat that is pink cotton candy. When Howard Kurtz discussed the Trump tape on Sunday, on his Fox News Media Buzz show, he wondered whether it was right to "pile on the media for chasing the cotton candy."

There's no doubt we live in a world awash in brands, and as a result it's inevitable that everyday products are going to get caught up in major national events. Those with long memories can recall, for example, how Coca-Cola became part of the conversation during the Clarence Thomas confirmation hearings.

There's another brand that's also intimately involved in the presidential race -- the Trump brand. With Trump's business interests now primarily limited to licensing deals that seek to make money through the use of his name, what impact will the tape and other controversies have on the value of his brand? It's a significant worry for Trump, given that so many of his hotels, resorts and golf courses are marketed to the college-educated, white-collar consumers who, according to polls, are abandoning him.

Indeed, a survey released this week by Brand Keys, a consultancy in New York that specializes in brand engagement and customer loyalty research, found that disclosure of the video has significantly eroded the power of the Trump brand -- resulting in dramatically diminished added value for his name.

There's a worrying precedent for Trump: The damage done to the Helmsley brand by the tax and legal woes of the real estate mogul Leona Helmsley, especially after a former housekeeper testified at a trial that Helmsley had once told her, "Only the little people pay taxes."

And when it comes to the presidential race, it's not only big brands that are getting into the act. The sportswriter Jason Gay posted a photo on Twitter showing a sign on the sidewalk outside a neighborhood liquor store, reading, "Debate Night Make Mine a Double."

Well, as the humorist Ogden Nash once offered, "Candy is dandy. But liquor is quicker."