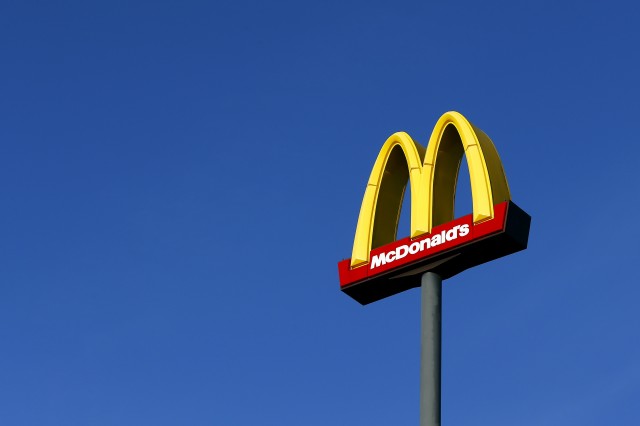 The quick service restaurant business is as vibrant as a yellow and green Subway sign these days. As fast food workers across the nation have demonstrated for higher wages, Kentucky Fried Chicken has tested out home delivery in California to bump up sales. And McDonald’s has been busy fighting itself out of a slump, recently introducing the McPick 2 deal -- two food items for $2. We dug into our actual ad spend data and the results tell us exactly how quick service restaurant advertisers are spending their marketing dollars.

When it comes to advertising, the category has certainly had its ups and downs, but it’s been stand-up “happy meal” for cable networks, which pulls in more QSR dollars than any other media sector. And fast food is getting even happier for several media sectors as 2015 progresses.

During the last four broadcast years, QSR has consistently held a 5% share of all ad spend on cable networks. In fact, fast food was only one of three Top 10 cable network ad categories that showed positive ad revenue growth during broadcast year 2014-15, up 8% in comparison with QSR revenue in 2013-2014.

The category hasn’t been in the Top 10 rankings for the broadcast networks in recent years; however, QSR just pushed into the top tier for TV’s digital sales, in the No. 10 position during the 2014-15 broadcast year, with a 4% ad spend share for that media sector.

Lower gas prices over the last year probably had a positive impact on consumer spending at quick service restaurants, but the first half of 2015 showed some dips in ad spending for television as a whole: down 2% in the first quarter, followed by down 7% in the second, in comparison with the same respective periods during the previous year.  But then it swung into positive territory in Q3, rising 7%.

Broadcast networks fared worse than TV as a whole: down 15% on the previous year and then 28% for the first two 2015 quarters, respectively. However, the dip was less severe in Q3, with a decline of 7%.

In comparison, cable networks are showing much more strength in the QSR category this year. Although ad spend dipped a mere 1% in Q2, spending was up 13% in the first quarter, and then up 20% in Q3.

Two other noteworthy media sectors with consistent fast food growth this year have been radio and digital as a whole. In fact, both exhibited double-digit percentage rises for each successive quarter.  Radio’s best quarter, on a revenue growth basis, was Q1, up 33%.

For total digital, Q3 was the most phenomenal, up 56%. And that was also TV digital’s best quarter this year: up 47%.

Print media’s revenue in the QSR category is much smaller than TV or digital, but both magazines and newspapers showed significant QSR growth in the second and third quarters. Magazines were up 56% and then 78% for the two periods, respectively. And newspapers bumped up 35% followed by 62% during the same two quarters.

With McDonald’s charging back, and gas prices still low as consumers hit the shopping malls before the end-of-year holidays, chances are that the fourth quarter will prove vibrant for QSR. For cable, it certainly seems to be the gift that keeps on giving.