SMI: Vibrant July Gets Ad Spend Market Back on Track 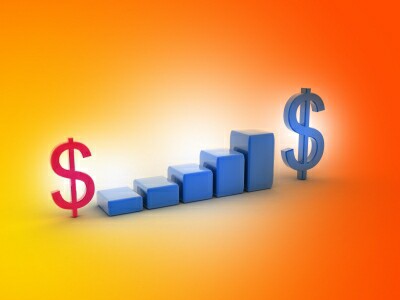 Following a challenging start to the year for most media owners, July delivered the biggest growth numbers of 2015 so far, fueled by digital and a resurgent out-of-home market.

Overall, ad spending grew by 7% in July from a year earlier, which is the largest monthly increase for the year. Reporting on 80% of U.S. agency spend, we saw some welcome stabilization in broadcast results, while many cable operators remain under real revenue pressure as audience numbers have wilted over the summer months.

Digital continues to win market share from other media and we saw the sector deliver another excellent month, growing 28% over July 2014. This growth was fueled by a spectacular result for social media sites, which almost doubled on a year-on-year basis. Based on client interactions, we know that video is a huge area of focus and, with 60% growth on an annualized basis, the ad spend results speak for themselves. Our linear clients continue to make more inventory available for this medium and advertisers continue to grab whatever they can get their hands on and are prepared to pay top dollar for the right environment.

Out of home was the other stand-out sector for the month, notching a very healthy 32% increase after a slow start to the year. It is important to remember that only 4.5% of national advertisers’ money goes to the sector, so we need to put increases like this into the context of the wider market.

While out of home may be relatively small, the real focus from the market is what is happening at the top end of the television market. As mentioned a little earlier, we are seeing some positive signs for broadcast after some challenging months. If we discount Univision’s 2014 World Cup revenue, we actually saw the broadcast networks deliver a low single-digit figure increase. Fox has turned around its performance with a strong month underpinned by the enormous scatter volume they picked up for this year’s FIFA Women’s World Cup.

The cable story was a mixed bag, with some strong performances against some weak results. The stand out performers were MTV and Discovery which delivered double-digit year-on-year gains and TBS putting in a very solid result after some weak numbers early this year. Unfortunately, many of the other leading cable networks suffered double-digit revenue percentage declines, in line with the ratings softness they have experienced this summer.

The national newspaper market saw a jump of 3% in year-on-year spend and is line with a sector that continues to show some signs of improvement after a tough start to the year. Unfortunately, the story isn’t great for magazines and radio, which both experienced double-digit revenue declines on an annualized basis.

The categories that drove July’s performance were pharmaceuticals, non-alcoholic beverages and quick serve restaurants that all put on significant double-digit gains. Interestingly, retail continues to be soft, dropping by more than 8%. SMI will keep a close eye on this throughout the rest of the back-to-school season to see if things pick up.

Overall, July was a very encouraging month, especially for digital and the major broadcast networks. Improving TV scatter numbers are creating optimism that the market has turned, and the softness that was experienced earlier in summer may now give way to some stronger results as we head into the fall season.

Stay tuned for SMI’s August numbers which are less than three weeks away. These will give a great indication as to how the major media companies will perform in Q3 and whether the improving numbers we are seeing here will turn into something sustainable.