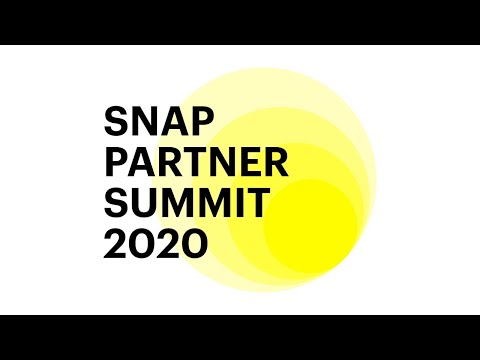 The Big Message:" Snapchat aims to be an advertiser-supported trendsetter in short-form unscripted and scripted content, and has the audience base and reach—especially millennials and Generation Z users—to lead the way. Also, the company is taking a leadership role in making augmented reality a mainstream approach to content creation, whether user-generated or professionally crafted.

Why Should TV Pay Attention? If AR can work and flourish in one media sandbox, it can work in another, especially one whose capabilities keep expanding through smart TV sets and TV-connected devices powered by artificial intelligence, 5G and NextGen TV technology. Users of Facebook's Portal TV device already have access to several AR apps at their beck and call anytime.

What Worked: The presentation's seamless flow, going from one demonstration of Snapchat's abilities to another. Each segment went right to the point, illustrating examples of what users and third-party content providers are developing. Good move to have the first segment following Spiegel's opening remarks deal with how users communicate with each other in unique ways to cope with the coronavirus pandemic, or express their reaction to the current wave of protests around the country. "We are a generation that uses our voices, and we're very proud of our voices," Spiegel added.

What Also Worked: Having the presentation originate from a virtual amphitheater environment, with speakers walking on and off the stage effortlessly. Surrounded by bright and vivid shades of yellow and blue, the effect resembled being in the front row of the Hollywood Bowl's bandshell.

What Might Have Worked If…: The opening few minutes, filled with eye-catching graphics and out to put viewers in a serene, reflective atmosphere, switched out the way esoteric commentary for more understandable language.  Two examples: "It watched you play with the seduction of safety…Untool yourself with the grace of beginning."

What Didn't Work: Absence of commentary by content makers and advertisers about working with Snapchat.

Data Points: Plenty to pick from. Here's a few—

**229 million-plus daily active users during the first three months of 2020.

**50 percent of users are more likely to do community service

**170 million users deploy augmented reality apps each day. "Today, AR is changing how we talk with our friends," continued chief technology officer Bobby Murphy. "But in the future, we'll use it to see the world in all new ways.

Parting Words: "There's so many exciting things for us to build together, and an amazing community to serve," Spiegel observed. "We believe the Snapchat generation will help create a world built on real friendship, shared success, positivity and possibility, putting people, the environment and our values first."