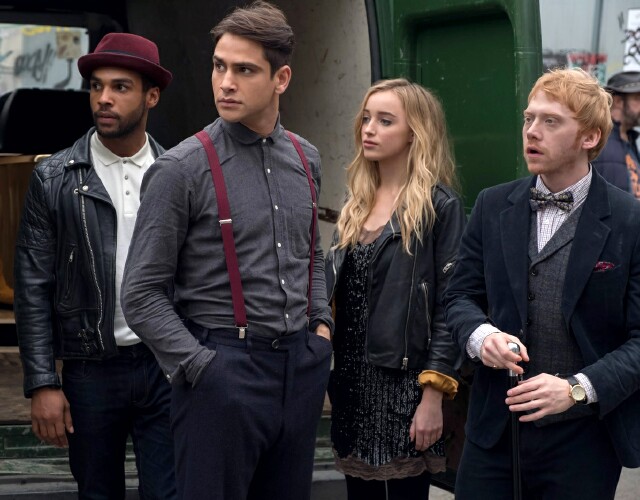 Crackle’sSnatchis a loose adaptation of director Guy Ritchie’s hit movie of the same name. This iteration follows Rupert Grint (of Harry Pottersaga fame) and relative up-and-comers Luke Pasqualino and Lucien Laviscount as Charlie Cavendish, Albert Hill, and Billy “F--kin’” Ayers, respectively. Although the story of this trio of hustlers isn’t necessarily oozing with emotional depth, series creator Alex De Rakoff makes up for it with style, action and a proper bit of comedy. (Laviscount, Pasqualino, co-star Phoebe Dynevor and Grint are pictured at top, left to right. Lavisount and Pasqualino are pictured below.)

Snatch’s story is a simple one: Infamous thief Vic Hill (Dougray Scott) has been doing a bid in Her Majesty’s prison for the past 15 years while his son Albert does his best to step out from his father’s shadow and make a name for himself in the criminal underworld. After some low-rent moves and a botched fight-betting scam, Albert and his buddies Billy and Charlie pull off a surprisingly successful heist that, even though it lands them a truck-load of gold bullion, ends up being more trouble than it’s worth. What follows is a show that feels like a 10-episode heist movie, and the end result is a pretty fun ride. (Last month Crackle released all ten episodes at once, allowing for an irresistible binge. It's already a hit: Crackle announced at its recent Upfront event that Snatch was renewed for a second season.)

The beauty of this series is its ability to not take itself too seriously. Yes, the action is good, the danger is present enough to make things exciting and the main characters are cool enough to keep things interesting, but every once in a while a clichéd plot point or character pops up, reminding the viewer of the show’s popcorn-entertainment nature. Snatch does itself a favor by doubling down on the occasional campiness of it all and, in an almost self-aware way, leaning into its own outlandishness rather than attempting to be something it’s not. 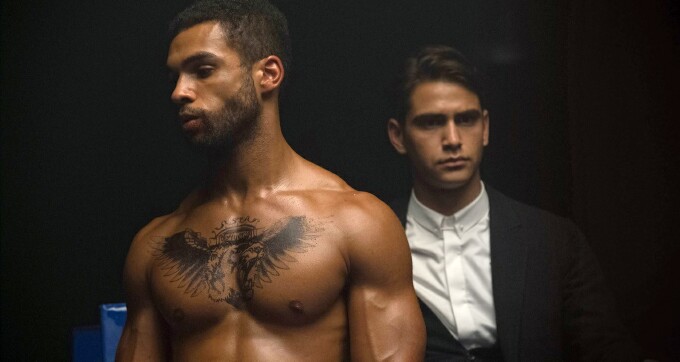 Creator Alex De Rakoff, who’s most recent credit is the story and direction of EA video game Need for Speed: The Run, has always had a style that agrees with Snatch’s overall tone and aesthetic. He also directed the story of, and short film for, the classic 1999 video game Grand Theft Auto 2. Older fans of the popular title will remember how the aforementioned short (that preceded the game on start-up) set the tone for the entire massive series that would follow, especially since it was the first in its series to use “live” actors for the intro video. A noteworthy element of that production was the fact that there was no dialogue whatsoever, or even subtitles, yet the fast-paced mini-movie still managed to convey a legitimate, discernable story about a wheelman and the seedy figures of the criminal underworld for which he was employed. That smash cut, action-filled short has a visual style that’s extremely reminiscent of both the current Snatch and the movie, and is a clear indicator that De Rakoff’s place at this production’s helm was kismet.

As comedic and cool as Crackle’s crack at this series is, it is in fact littered with moments of real genius as far as presentation goes. The effects and editing teams pull off a few rather impressive scene transitions and image overlays – it’s obvious that quick zooms, music-synced cuts and well-planned camera work are the name of the game here. There’s a scene where Albert’s mother, Lily Hill (Juliet Aubrey), is on the phone with her husband Vic while he’s incarcerated. They’re both sitting at a table in their respective locations, but both shots were combined in editing to appear as though they were sitting at the same table in the same room. It’s a subtle yet clever move that illustrates the function of their relationship despite the actual distance between them. 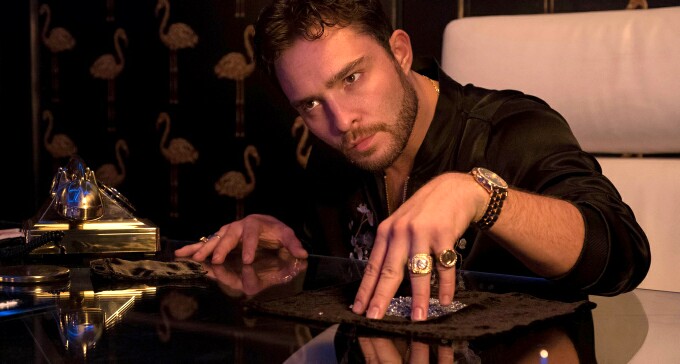 This isn’t another injustice-driven drama filled to the brim with social commentary. This is fun. It’s a Guy Ritchie-style crime flick, split into 10 episodes and punctuated by just the right amount of emotional gravity and occasionally campy performances. For example, Rupert Grint’s Charlie is an excellent and regular source of both comedic relief andplot-thickening frustration. On the contrary, Sonny Castillo (played by Chuck Bass himself -- Ed Westwick, pictured above) is an Englishman with a trivial amount of Cuban blood in his veins who constantly sounds like he’s doing the shittiest Scarface impression ever. He’s definitely a heel, but he’s never more than an overblown play on an archetype that’s truly only good for a laugh. He specifically is a perfect example of an element too ridiculous to be taken seriously, and Westwick’s dedication to the character’s muddy accent and overall absurdity are a testament to that.

Performance-wise, just about everyone does their part. In traditional heist-film fashion, it’s the ensemble that carries this show, and watching them morph from a bunch of individuals into team-mates turns out to be a real pleasure. Obviously, they’re all criminals, but it’s still very easy to root for the bad guys -- mostly because they don’t seem all that bad.

Law-breaking aside, their motivations are all pretty relatable. Almost every single character the viewer is supposed to like has been dealt a shitty card in life, despite their best efforts to make something of themselves. They want the same thing that everyone with even a little ambition wants: something more. And by God, they are going to get it -- even if they have to snatch it.