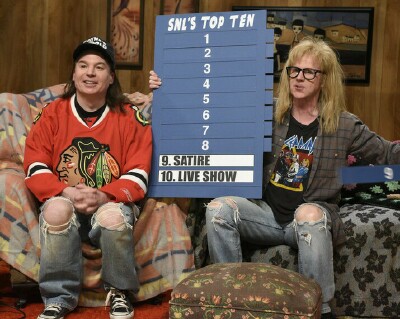 The ruthless criticisms from all of those habitual haters on Twitter aside, the live telecast Sunday night of the 40th anniversary celebration for NBC’s “Saturday Night Live” was a mah-velous television event that becomes even more wonderful in hindsight reflection. The impressive ratings updates that the network has breathlessly pumped out during the last two days would certainly seem to support this declaration. But they are almost beside the point. For millions of people, watching this program as it happened with friends and/or family was an experience they will never forget. Once upon a time broadcast television could be counted on to provide such opportunities with some regularity. It’s the reason so many of us are still so wrapped up in the TV memories of our youth.

“SNL40” on Sunday was as exciting a telecast in its own right as any Academy Awards presentation I can recall, or any finale of Fox’s “American Idol,” ABC’s “Dancing with the Stars” or NBC’s “The Voice,” and infinitely more entertaining than most. As a celebration of an unequaled broadcast success, though, it was so much more than any mere award or competition show could ever be. At a time when various media observers and the sycophants that hang on their every word seem almost to delight in daily assertions that broadcast television is prehistoric, irrelevant, en route to extinction, etc., it seems to me that the titanic accomplishment that is “SNL” from its humble beginnings to the present day stands as a formidable example of what broadcast did and is still able to do in a way that no entertainment franchise in any other medium can hope to match.

Sunday’s show was all about that. 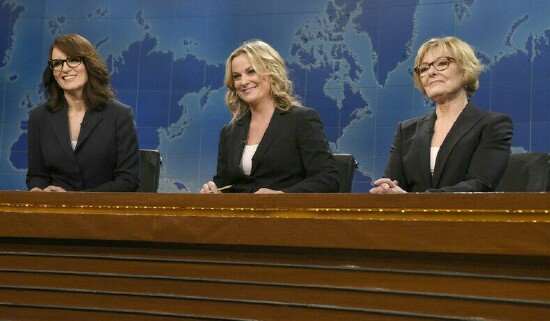 I can’t imagine the last 40 years without “Saturday Night Live.” It’s one of those great popular culture things that began in the Seventies (like “Star Wars,” the marketing of summer blockbuster movies, the modernizing of daytime drama, the sprawling saga of the Ewings and the wild expansion of the Marvel Comics universe) and continues to captivate young and old alike in the second decade of this new Millennium. Arriving in 1975, it made staying home on Saturday night something worth continuing to do even as the evening’s legendary CBS lineup (“All in the Family,” “The Mary Tyler Moore Show,” “The Bob Newhart Show” and “The Carol Burnett Show”) began to splinter apart and disappear. It has since that time provided a thrilling platform for almost any actor, comic or musical artist one cares to mention and has propelled countless members of its past casts into movie and television careers that have entertained millions.

So what if parts of Sunday night’s show dragged (as those testy tweeters were only too happy to harp on)? So what if there were oversights? (I think Candice Bergen – the first woman to host “SNL” and the first to do so five times, landing her in very prestigious company -- should have been given more to do.) So what if Eddie Murphy’s contribution was as tasty as day-old mashed potatoes? (He’ll always be Gumby, damn it!) This program provided 4 ½ hours of entertainment (including the hour-long red-carpet special that preceded the big show) that was a landmark in emotional connection, at least for those of us who are old enough to have lived with the show for four decades.

It should also be noted that there has never been an edition of “SNL,” not even back in the fondly remembered Seventies, that didn’t have a draggy sketch or three. I don’t know why that is, given all of the gifted writers and performers that have been involved in every show. But it’s true, and at this point it’s one of the great and enduring mysteries of broadcast television.

The “SNL” anniversary show also served as a reminder of how much television has changed during that time. Purists may argue that the first five seasons of “SNL” remain the most historic because they broke so much new ground for broadcast television – and I don’t disagree – but when you think about it the franchise continued to do so in primetime on Sunday. I don’t believe that original scripted content developed for the 8 p.m. hour of broadcast television – let alone for a Sunday night telecast that many consider to have been multi-generational in its appeal – has ever included humor using that crude term for female breasts that rhymes with “hits.” But that was the case in the “Jeopardy!” sketch featuring Darrell Hammond in his iconic portrayal of actor Sean Connery as the category bastardizing nemesis of Will Ferrell’s host Alex Trebek. (Just as he once famously referred to the category “Therapists” as “The Rapists,” on Sunday he read “Let It Snow” as “Le Tits Now.”)

It may not have marked a huge advance in the cultural development of our society, but it was one of many side-splitting moments on Sunday night’s show, and also one that not too long ago would have led to FCC fines, massive advertiser pull-outs and the end of the world as we knew it. Only “Saturday Night Live” could get away with that.