"Snowfall" Is Stunning and Sobering. So Where Is the Love for This Award-Worthy Show? 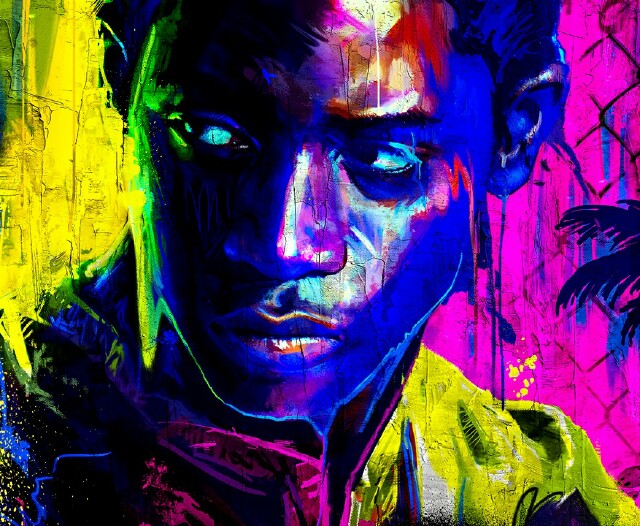 Snowfall has been something of a phenomenon since its premiere almost four years ago. On the surface, this thrilling series is telling a story about innocence lost and the prices paid for one's success. At its core, however, this dope FX drama is actually exploring the '80s crack epidemic in L.A. and the rampant decimation of the Black community that followed. Now, in its fourth season, things are ramping up something fierce for Franklin and the gang, but, more importantly, the effect of drugs and guns being pumped into Black communities is what's truly taking center stage. Could it be that Snowfall is unintentionally part of this wave of shows I've noticed over the past few years that, despite having fictional plots and characters, seem to go out of their way to accurately depict historical events and/or situations that typically center on pivotal moments/periods in Black history? The short answer is a resounding "Yes!"

Quick refresher: Created by the late John Singleton and taking place during pop culture's favorite decade, the '80s, Snowfall stars Damson Idris (above) as Franklin Saint, an intelligent young man who, in an effort to improve life for himself and his kinfolk, starts selling drugs and becomes one of the biggest crack dealers in all of South Central.

Over the last three seasons, we've seen Franklin go from being green to earning copious amounts of it, especially after he comes to terms with the necessity/effectiveness of pulling a trigger himself every once in a while. He loses a person or two, gains a ton of enemies and even gets shot in the back, literally (in season three). Meanwhile, via their field agent, Teddy (Carter Hudson), the C.I.A.. has been the plug, or connect (a.k.a. the supplier), for all the cocaine Franklin's pumping into the streets -- mainly as a way to fund Uncle Sam's war in Nicaragua.

Franklin's Aunt Louie (Angela Lewis) even says as much to Franklin's Uncle Jerome (Amin Joseph), when revealing all this to him in a recent episode.

"Reed [Thompson] is government," she says. "Moving cocaine to fund that war in Nicaragua." Reed Thompson, of course, is the undercover C.I.A. alias Teddy's been operating under.

Now, just to make my initial point, let's go back to the beginning. In episode six of season one, "A Long Time Coming," Jerome is refusing Franklin's offer to join him in the coke game, and, when pressed about why, takes Frank to see a friend named "Knees." Knees (Bokeem Woodbine) then starts to give Franklin a little bit of a history lesson.

"In the fifties we had clubs, not gangs, like the crazy kids nowadays. Back then, we had clubs to protect the neighborhood from the spook hunters -- bunch of crazy ass crackers tryin'a kill us. We won that fight, though. By the end of the '60s whitey had flown away, and the hood was ours." At this point Jerome protests, wanting Knees to get to the point. Knees pushes on, responding simply with a, "Youngblood needs context." I agree. We all do.

"Infiltrated y'all," Franklin interjects. "It destroyed the movement. My pops was a Panther."

The point I'm trying to make is that American history, Black American history, is finally being properly taught -- through our televisions. If one follows that beautifully summarized timeline that Knees gave us then it's easy to see how it runs right through the end of WWII, straight into white flight and the institutionalized racism that was the creation of the suburbs, followed by Vietnam and the FBI infiltrating the Black Panthers, on to the relatively non-lethal gangs that existed in a pre-crack-cocaine world. These are all real events that coincide with the creation of hip hop and its subsequent transformation into the industry we know it to be today, as told in my review of the documentary Hip Hop Uncovered, which like Snowfall is available on FX on Hulu).

That brings us back to Louie's most recent revelation to Jerome, the second point I've been wanting to make, and the shambles that Franklin and the gang currently find themselves in.

Presently, we're a little bit more than halfway through the fourth season, and to say that shit's gotten a little crazy would be the understatement of the century. Just like the events of the real life '80s crack boom, violence and death all but swallowed the streets, taking many an innocent life in the process.

Three episodes ago, the most impactful death of the show to date occurred: the daughter of Khadijah (Geffri Maya) and Skully (De'aundre Bonds), who was also the niece of Manboy (Melvin Gregg). Both Manboy and Skully are rival dealers who already had it out for Franklin, but now that his associate, Leon (Isaiah John), clapped that little girl, however accidental it may have been, all bets are off and bodies are starting to drop.

I think that the late legendary filmmaker and creator of this series, John Singleton, would have been proud of how its cast and crew have continued to honor his legacy, not only by regularly churning out high quality entertainment but also by using this platform to speak truth to power and shed major light on the effect that the U.S. government's introduction of crack had on the overall course of Black life in America.

Gail Bean, the actor who plays Wanda, put it perfectly during an interview with TVLine.com. "In the Season 3 finale, we saw an alternate reality for Wanda and Leon as a couple. If Wanda didn't have this cross to bear, she would be a strong and commanding woman in a loving relationship. Look at how far crack took us from our path."

No matter what, it's important that we all keep it funky with each other and speak the truth. Simply put, Snowfall has been snubbed for award after award, season after season, with no real justification or explanation. Yes, creating the best possible version of one’s art should be the only goal any one artist or group of artists has, but this amazing drama is eligible for all the same accolades that its peers are and doesn't seem to get any love. I'm not going to say I'm 100% sure why, but let's just say I've got some … "dark" theories. All I'm saying is I've never even seen an episode of Succession. Let's give credit where credit's due.

New episodes of Snowfall are telecast Wednesday at 10 p.m. on FX. They are available every Thursday on FXonHulu.