“So You Think You Can Dance” Leaps Into Its 15th Season 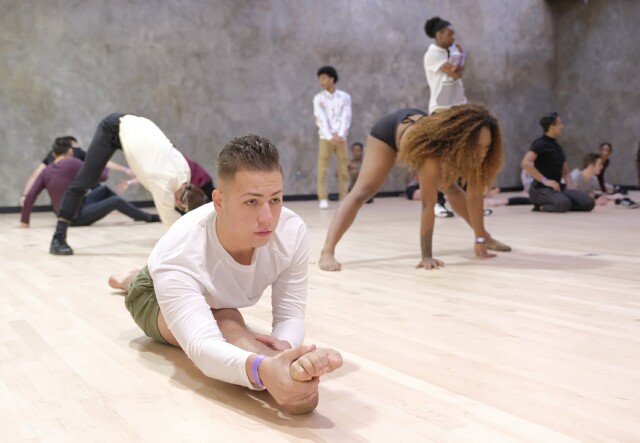 Viewers tune in to Dancing with the Stars to see how starlets from years ago aged, if politicians spin on the dance floor as fast as they do on the campaign trail, and if sports trophies translate into Mirrorballs.  Audiences marvel at World of Dance as groups of kids show off syncopated steps and share their often-painful stories, explaining how dancing is their one respite.  As much fun as ABC’s and NBC’s shows are, though, for serious dance lovers nothing beats Fox’ So You Think You Can Dance.

As SYTYCD kicks off its 15th season tonight, the man behind it, Nigel Lythgoe, admits, “We are all in shock” that it has lasted so long.  An executive producer of the original American Idol and longtime producer, Lythgoe (pictured below, second from left) is at heart a dancer.  When people ask for advice about making dance a career he tells them, “Don’t do it!”  It is startling if sound advice from a man who knows the territory.  “I think it is the toughest journey that takes different roads into injury, depression, lack of work,” he tells MediaVillage in an exclusive interview.  “It needs to be in your soul.  It needs to be the greatest love in your life. It’s a horrible profession.  You are traveling wallpaper.  You don’t get solos.  You are overworked, underpaid and it’s a very short life.  It’s not like being a sports star where their lives are short but they are paid millions of dollars.”

And yet, passionate aspiring dancers have turned out by the thousands during the last decade and a half hoping to land a spot in this show … or, to be more accurate, this showcase.  It is also an extraordinary learning experience for them.

Lythgoe describes himself as the “original Billy Elliot.”  The son of a dockworker, he was a dancer and remains a passionate observer who can analyze a dancer’s foot or the way she holds her wrist.  He understands the lines of a perfect arabesque as much as he appreciates bold popping and locking.  As a judge on SYTYCD he’s unfailingly polite even when the person auditioning would be best advised to sit. 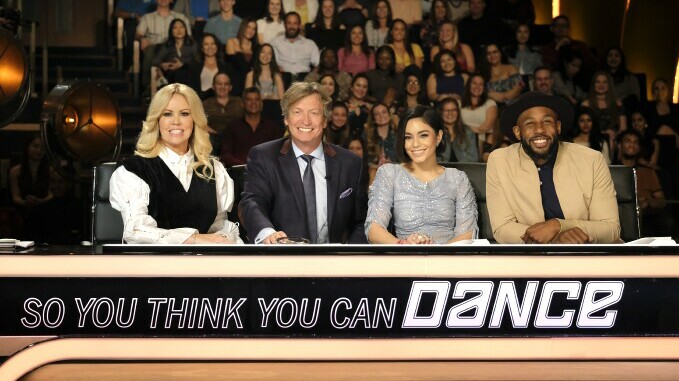 This season Mary Murphy and Vanessa Hudgens return to the judges’ table and 2008 SYTYCD runner-up Stephen Twitch Boss joins them through June.  (Murphy, Lythgoe, Hudgens and Boss are pictured above, left to right).  Much of the winning format stays the same; a wise move considering the show has been nominated for 59 Emmy Awards and won 15.

SYTYCD has succeeded while others haven’t because of its unusual format.  Once the best dancers are selected, each week they learn a new routine in a different style.  “I think everybody realizes it is probably the most difficult dance show,” Lythgoe says.  “Every other dance show with the exception of Dancing with the Stars allows [competitors] to dance in a style they are comfortable with.  We put them through the ringer with all of the different styles.”

“Dance is an international language,” Lythgoe says.  Indeed, 31 countries produce their own versions of SYTYCD while dozens more telecast the American show.  “In South Africa they were telling me about The Pantsula,” he recalls, laughing.  “I said show me some steps and the guy did the Charleston!  The step kick-back-kick with a twist at the front.  It was funny.”

Some of the contestants from past seasons of SYTYCD have gone on to other shows.  It’s pretty much a farm team for Dancing with the Stars, where pros include alums Lacey Schwimmer, Chelsie Hightower and Dmitry Chaplin.  Others have made the leap to Broadway, including Neil Haskell in Hamilton and Ariana DeBose in The Donna Summer Musical.  Jeanine Mason is on Grey’s Anatomy.

Years ago, dancers assembled for auditions in lines that snaked around blocks.  Now, live auditions are held in Los Angeles and New York, but technology allows anyone from anywhere a chance by uploading a video.  Though no one is turned away during open calls, to perform before the judges the dancers must make their way past longtime executive producer Jeffrey Thacker, who perused nearly 6,000 videos just for this season.  If he sees potential he invites them to a live audition.

The junior version experiment now safely in the rear-view mirror, this year the show returns to a basic formula of selecting the 10 best men and the 10 best women.  For a while, it was a top 20, not evenly divided among genders.  This season there will be a little more space for these top contenders to find their footing, as the All-Stars won’t appear until deeper in the season. Incidentally not all of the All-Stars won their season.

“I am very wary of using the All-Stars this season because I thought they overwhelmed the contestants last year,” Lythgoe says.

The show is careful to label the winner – who takes home $250,000 and will be on the cover of Dance Spirit magazine – America’s favorite, not best dancer.

“Our intention is not to make them stars at all,” Thacker says.  “That is the core factor.”

Initially, Lythgoe described the show to longtime Thacker as American Idol meets A Chorus Line.  That point of view resonated.

It is clear that the hundreds of dancers who have appeared over the years on SYTYCD have done so because they must.  As each season’s hopefuls cross the stage the producers and judges relate.  They know these are folks who would be dancing whether on this show or in their kitchens.  On that glossy stage they try to prove the world that yes, they know they can dance.

So You Think You Can Dance is telecast Monday at 8 p.m. on Fox.