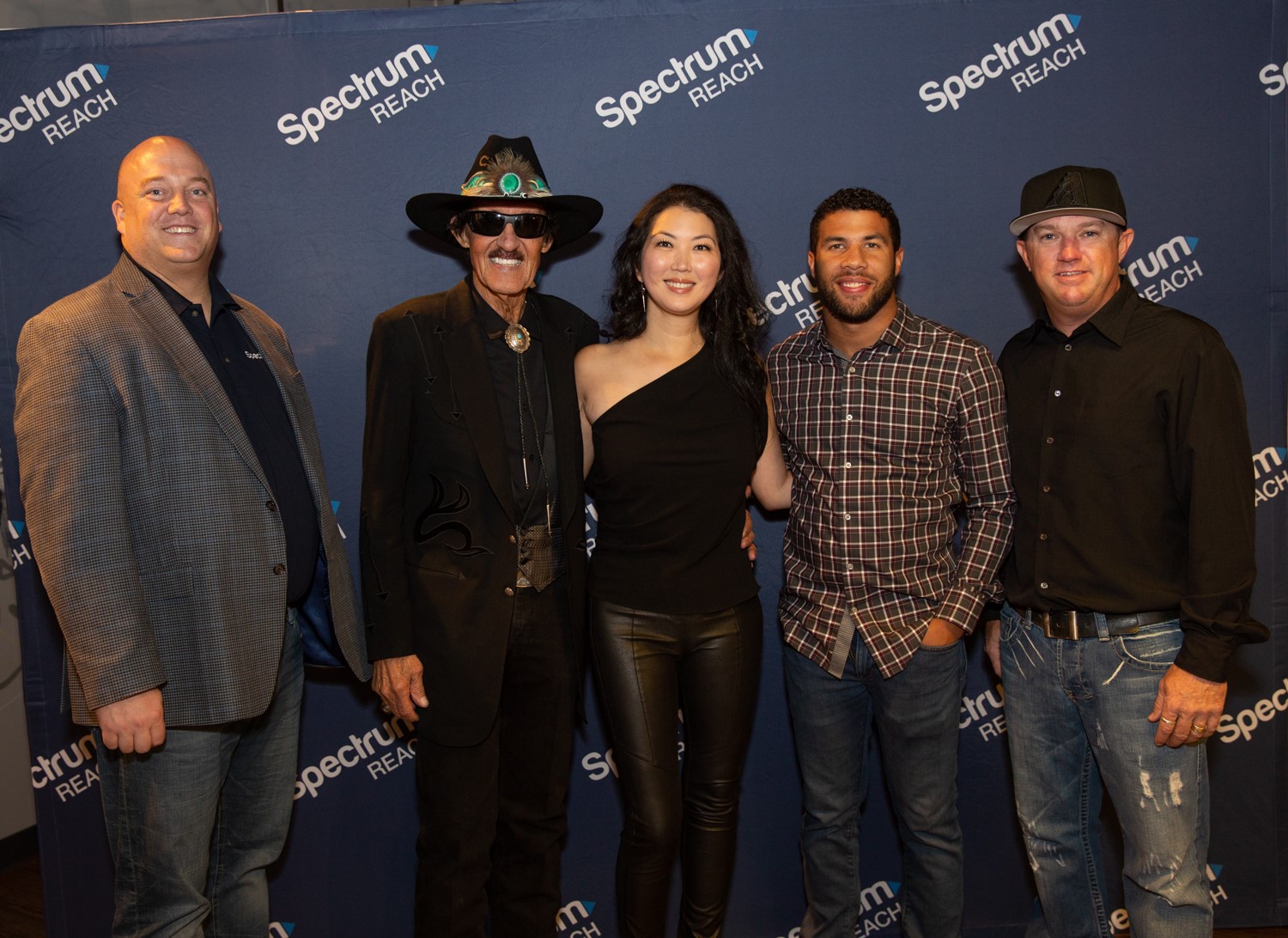 More than 500 exhibitors crammed into San Francisco's Moscone Center last week for the 2019 gathering of the National Automobile Dealers Association.  Not surprisingly, the 16 acres-worth of exhibits could be overwhelming for auto retailers trying to glean actionable insights about the latest trends in auto marketing.

Seeking refuge from marketing pitches and relief for aching feet, a beeline of industry executives made their way across Folsom Street to SPiN, the hipster ping-pong club where the Spectrum Reach Automotive team set up digs for the show.

Spectrum Reach Automotive sidestepped a presence at Moscone in favor of taking over SPiN for three days, where the company offered complimentary breakfast, lunch, cocktails and a dozen open ping-pong tables.  Standing by with paddles in hand -- alongside world-class ping pong champs -- was Spectrum Reach's team of media marketers and data scientists, ready to answer questions about leveraging the company's 50-plus national cable networks to drive more traffic to dealerships and online experiences.  Spectrum Reach is the advertising sales division of Charter Communications, the second-largest cable operator in the United States.

"We could be across the street with a booth, sure," said Jonathan Bernard, Vice President of Automotive Sales and Strategy at Spectrum Reach. "Over there," he said, pointing to the Moscone Center, "we would get a 20-by-20-foot booth and have thousands of people walking around.  But their attention would be constantly distracted by the crowds."

Instead, current and prospective Spectrum Reach clients spent an average of more than an hour at SPiN.  The laid-back environment was more conducive to bouncing marketing ideas off Bernard and his staff -- often over a drink or a game of ping-pong.  At the table, some of the serves were unreturnable, but the sales pitches were easy.  "I tell dealers that they need to find the right fit for them, and I mean that," said Bernard.  "We never assume that we have all the answers for the client."  Spectrum Reach's goal, first and foremost, is to learn about the client's needs.  "Only then can we say, 'Hey, this is how we can help,'" explained Bernard.  "You have to diagnose fully before you prescribe."

Spectrum Reach offers a robust set of data-driven tools to help auto retailers.  "What sets us apart is our anonymized and aggregated set-top box data.  The data from somebody's cable box in their home helps us understand what they're watching," Bernard explained.  The set-top box data -- when combined with insights from Experian, IHS Markit (formerly Polk) and the U.S. Census -- can turn scattershot advertising into laser-focused campaigns.

The Spectrum Reach team shared how a data-driven approach could make their media advertising spend go further.  By determining a zip-code-based set of homes as a target zone based on the shows that consumers are watching (and the cars they own), ads can focus on the consumers most likely to buy a car in a dealership's backyard.  Local ads are more likely to result in sales from nearby residents -- translating into loyal customers who make referrals to neighbors and come back for service.

Set-top box data is the key to slicing and dicing broad regions into niche markets.  For example, unlike broadcast advertising, Spectrum cable television campaigns might identify the viewers of sports networks as truck buyers or faithful MSNBC fans as more likely to be interested in an electric car.  Yet, Spectrum Reach cautions against stereotypes.

"I love cooking shows," said Bernard, a father of four.  "We used to say that we're looking, as an example, for women age 25 to 54.  But who cares how old they are?  Would you rather look at a certain segment or everybody who's buying a certain type of vehicle that matches the right criteria?"

Richard Petty Was There

By day two of NADA, word had spread among attendees about what was happening at SPiN.  Spectrum Reach's Friday night event was the hit party of the 2019 expo, leveraging the company's representation of auto racing content.

Dealership execs lined up for selfies with NASCAR Hall of Famer Richard Petty, who donned his signature cowboy hat and sunglasses.  He was flanked by 25-year-old racer Darrell "Bubba" Wallace, Jr. and the veteran Buddy Rice, who won the 2004 Indianapolis 500 (pictured at top).

Auto dealers and marketing pros also kicked back at the pool table with Jeanette Lee, who was ranked as the No. 1 female billiards player throughout the 1990s.  She earned the nickname "Black Widow" for eating people alive at the pool table.

Spectrum Reach Auto Sales Manager Torrie Grelle, at her fifth consecutive NADA show, said this year's set-up was one-of-a-kind.  "This is a better presence than we've ever had," she said.  "We've done booths and had ballrooms at hotels, but this is next-level.  It's the perfect place to get out of the hustle and bustle of the show but still be so close.  What better way to spend NADA than talking digital retailing while learning ping-pong from a world-class champ?"

The Spectrum Reach Automotive Team share their additional takeaways from NADA as well as POVs on the year's automotive outlook, and more, on their corporate blog.