"Stan Against Evil" Finds the Funny Amid the Frights 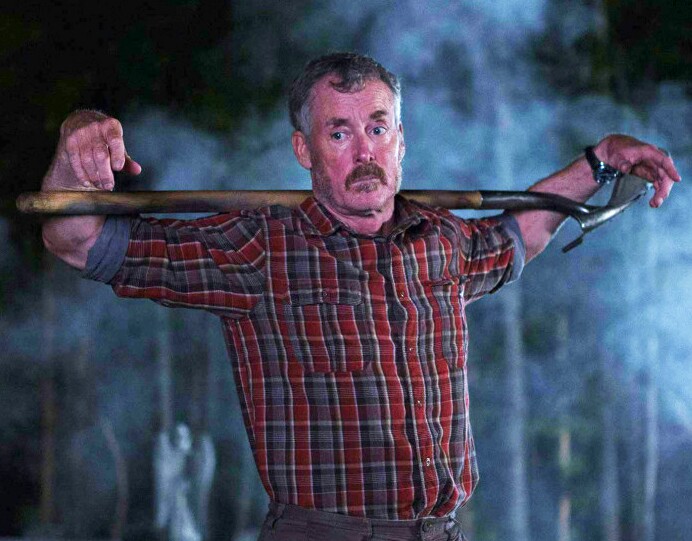 At first glance, Stan Against Evil might not seem like much more than IFC’s answer to Starz’s Ash vs Evil Dead, and while there are many similarities to support this idea, further inspection makes it clear that these two totally separate beasts only happen to dwell in similar spooky kooky territory.  The typical Stan fan will likely resent the seemingly constant comparison between these two half-hour horror comedies that feature snarky, aging “heroes” and strong female counterparts with which they combat supernatural threats, but it’s my argument that Stan very obviously serves its own purposes and in doing so rightfully earned its second season, which begins tomorrow night.

Stanley “Stan” Miller (John C. McGinley, pictured at top) was the sheriff of a middle-of-nowhere New Hampshire town called Willard’s Mill, and like most city folk would correctly assume upon passing through, this place has been cursed as f**k for a very long time.  Unbeknownst to then-Sheriff Stan, his wife was hunting the paranormal on a nightly basis in an attempt to pacify a curse that kills every sheriff of this unassuming American town. Unfortunately she dies, causing Stan to resign and ultimately be replaced by his polar opposite, now-Sheriff Evie Barret (Janet Varney, below right). 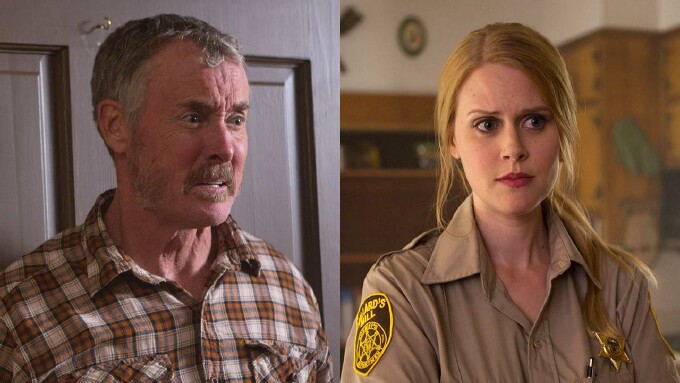 Obviously, Evie and Stan were meant to butt heads in the beginning.  Stan is your classic “man’s man” stereotype.  He’s macho to the point of being offensive, like a walking beer commercial from an era when sexism and political incorrectness was just how the men in this country communicated. He’s more of a Bad News Bears-y, “fun-to-watch-because-he’s-mean” kind of character than anything else, mainly because he never really crosses into the realm of the truly offensive, but rather chooses to dwell in that finger-wagging, shoulder-shrugging, “Oh you!” kind of zone.  McGinley’s had this kind of no-nonsense, “mean for the hell of it” style down since his days as Scrubs’ Dr. Perry Cox, and his ability to make these rough-edged alpha males endearing and occasionally vulnerable is undoubtedly what makes him perfect for Stan’s begrudging demeanor.

Evie, on the other hand, is a bit more modern.  She’s a single mom, and a pretty by-the-book sheriff, and at times it seems she’s the only “normal” person in town.  She is the level-headed and logical answer to the “this is how we do things” approach taken by Stan, and that juxtaposition -- her youth to his age; his male-centric views to her more modern equality-focused approach; he’s a man, she’s a woman (need I go on?) -- is the basis for their entire dynamic.

Furthermore, the prevention of Stan’s curse-related death in the line of duty by Mrs. Stan makes the town’s constable-killing situation a problem for both of them now, and as reluctant as they are to have anything to do with one another, it’s become obvious they can’t go head-to-head with things that go bump in the night without having each other’s back.

The appeal of Stan Against Evil isn’t feature film-level special effects, or the inherent popularity of the cult-classic, drive-in movies it builds from; it’s the show’s ability to find its tone and the efficacy with which said tone is utilized. Stan’s tagline is literally “Be Afraid-ish.”  As such, Stan’s been hitting the nail right on (or maybe into) its supernatural head.  Stan shines when the emphasis isn’t on the scare itself, but elements around it. The ghost trying to kill Evie isn’t scary, but the danger Stan’s endearingly naïve (and sorta helpless) daughter Denise (Deborah Baker Jr.) might be in is terrifying in comparison, because no one wants anything to happen to her because she’s so adorable.  If it’s not Denise, it’s the reluctant, opposites attract-style friendship between Stan and Evie that makes Evie’s potential doom hold more weight.

Stan is relatively light and even goofy at times, and focusing on the sillier tones of the show will yield a better experience than, say, watching and waiting for legitimate scares or believable monsters.  It’s an almost sitcom-like guarantee that Stan and company will be back and unharmed at the top of every new episode, so fearing for the characters too much might be a moot point.  To the show’s credit, this does place Stan in the fortunate position of having lowered the audience’s defenses, so that when something almost uncharacteristically serious happens to one of the leads it becomes genuinely surprising.  (I let out an audible “Oh shit!” during the Season 1 finale when a saw both EvieandStan bite the dust at one point.)

There’s a comfort in knowing that every episode will bring us back to the same Willard’s Mill, filled with the characters we know and love, just like Family Matters, The Simpsons or any other situation comedy.  The only difference here is this situation is horror.