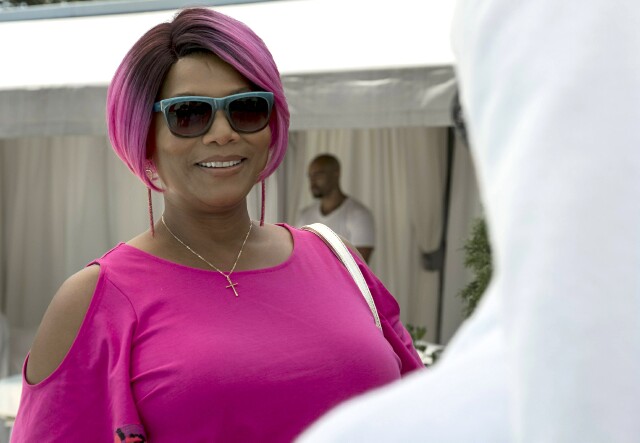 Fox’Star – the baby sister to Lee Daniels' hyper-successful Empire – had an amazing first season.  Although originally met with a healthy amount of skepticism, as far as the three lead women go I found myself happily transformed into an adamant fan by season’s end. Honestly, the entire cast did their parts as far as that accomplishment goes.  The drama-filled story of three divas and their fight for fame and glory re-ignites this week with Season 2 and, if the first episode is any indication, it's only gotten better.

Quick Season 1 recap: Aspiring music and pop culture superstar Star Davis (Jude Demorest) -- the character for which the show is named -- had reached the end of her self-respect arc by finally striking back at her abusive boyfriend Hunter after keeping his wrong-doings a secret for way too long.  Her younger sister and girl group-mate Simone (Brittany O’Grady) reached the end of her self-destruction arc, one that started benignly enough with smoking weed, and ended with her in and out of the hospital, the psych ward and eventually state custody.  Alexandra (Ryan Destiny), the other girl in the group, found out she was unexpectedly pregnant, marking the end of what I lovingly refer to as her "ex-rich boujee bitch to future baby mama" arc.  Alexandra's activist boyfriend and baby daddy Derek (Quincy Brown) ended up in a wheelchair, permanently.  Meanwhile, Cotton (Amiyah Scott) ended up in jail for stealing $20k for a sex change.  Oh, and did I mention that people keep getting murdered?  Sure, they’re objectively bad people, but someone’s got to go to jail for that, right?  I mean, one of the bodies belongs to Hunter -- Star’s abusive now-ex-boyfriend -- so I can’t imagine things look too good for her legally.  (Ryan Destiny, Jude Demorest and Brittany O'Grady are pictured below, left to right.) 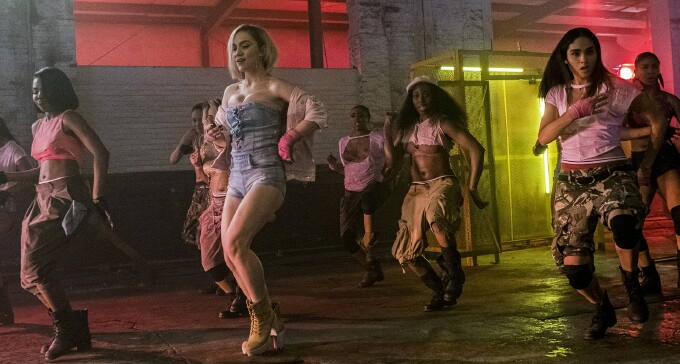 In regards to Season 2 (premiering tonight at 9 p.m. right after Empire) things pick up about five months later and, needless to say, there have been some developments.  I won’t spoil anything, but I will say that the show opens (appropriately) on series creator Lee Daniels, the godfather of television musical drama, sitting in the director’s chair calling “action.”  Comedian/actor Mike Epps guest stars in this episode, which is hilariously referenced by Queen Latifah’s character Carlotta calling him “some dude that looks like Mike Epps.”  There are also cameos by Empire fave Jamal Lyon (Jussie Smollett, pictured below center with Latifah) and Cookie’s sister Carol (Tasha Smith).  And the end of the episode?  Well, let’s just say I was mad the next episode wasn’t yet available to preview.  The final shot is crazy. 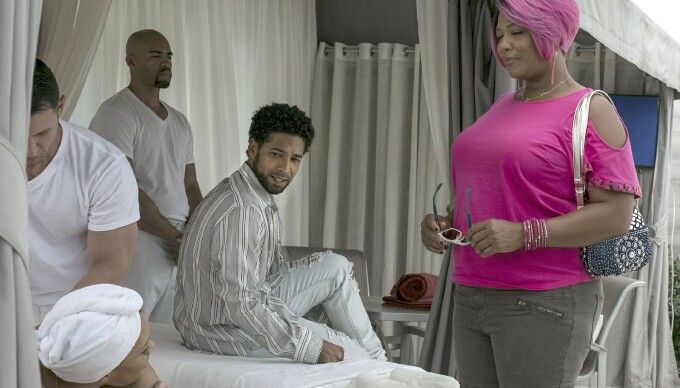 Star, much like the women the show is centered on, is still fighting its way to the top of its game, and if I do say so myself, its progress has been duly noted.  At the Empire and Star season premiere event Saturday in New York City Empire was repeatedly referred to as Fox’s flagship program, and that makes Star’s obvious position as its immediate second a damned good (and well-earned) place to be.

The success of this show -- as I mentioned in both my first and follow-up reviews last season -- is largely due to its heart and authenticity; something for which I feel the women in the show are directly (though not solely) responsible.  Carlotta is the moral backbone of her extended family, and she takes her role as defacto mother/protector very, very seriously.  She somehow balances being there for the three additional young women in her care with her own personal struggle accepting her daughter’s sexual identity, and this is all while running a business.

Cotton and Miss Bruce (Miss Lawrence) are the show’s unofficial representatives of the LGBTQIA community, and while Miss Bruce’s arc was a lot less topical, Cotton’s story gave a voice to issues that were (and are still) very timely and appropriate.  Even Simone’s foster care arc – which was the Jaws-style slow build of drama and suspense that ran through the season as a whole – shined an always-needed light on the abuse and neglect that happens in similar real-life situations.  In a sense, the whole series acts as a vehicle for relevant social issues, and Daniels has done an excellent job of not boiling anyone down to nothing more than a caricature.  The audience is meant to believe these are real people, in a real version of our world, who are dealing with real issues.  In laymen’s terms, relatability (a word I just made up) makes people give a shit, and in that respect, Star is relatable as f**k.

The background music, as always, is one of the dopest parts of the show, and it’s surpassed only by the performances put forth by this talented group of entertainers.  I’m certain that everyone involved works extremely hard, but I have to shout out Demorest, O’Grady and Destiny for obviously busting their asses in order to be as flawless as possible during their performances.  Together they exude the level of talent that made the fictional trio’s claim to fame worth paying attention to in the first place.

Star is telecast Wednesday at 9 p.m. on Fox.